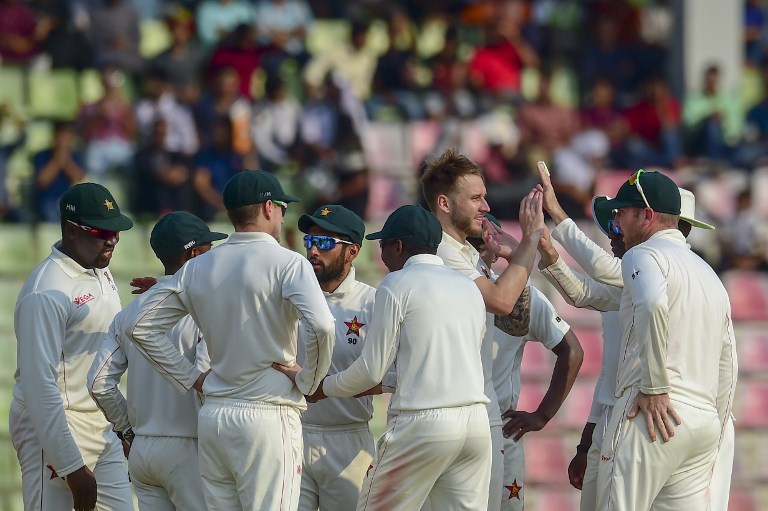 Kyle Jarvis attacked twice and Donald Tiripano claimed a wicket match as Bangladesh showed an unstable start in the second qualifying test against Zimbabwe on Sunday from Dhaka.

The home team, which won the second test series 1-0, won the toss and scored the first strike at Sher-e-Bangla National Stadium and reached 56-3 with the opening day lunch.

After Jarvis removed the openers, Imrul Kayes and Liton Das, Mominul Haque and Mushfiqur Rahim creased with 25 and 12 runs respectively.

Meanwhile, Tiripano handed the duck to his debut Mohammad Mithun.

Zimbabwe 's first victory in five years with 151 games at Cylet, and the first one hour of pressure on the Seomu line, was quickly compensated for.

16 Imrul, who faced the ball, could not open his own account.

His fellow opener, Liton, picked a goalkeeper for midweek, Brendon Taylor, a middleweight, and the next day Jarvis.

Liton was upset after the third referee Rod Tucker was fired after replay.

Brian Cyric controlled the Mominel nine points from Tendai Chatara's backward position before the left-hander relaxed the pressure with a positive stroke, including four borders.