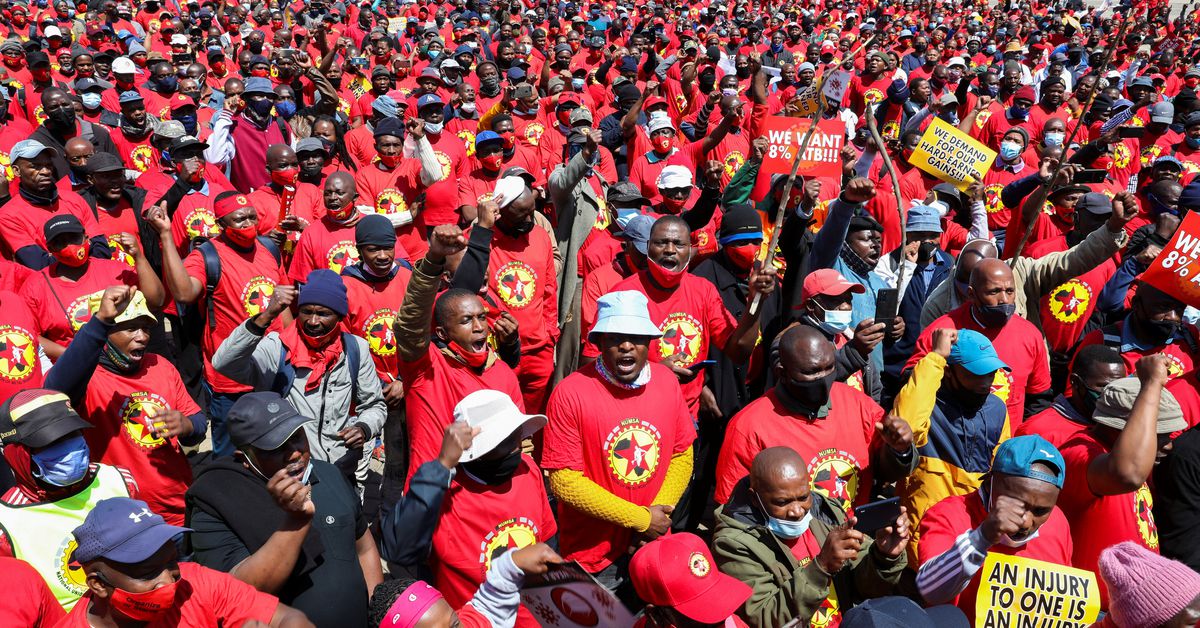 The National Union of Metalworkers of South Africa (NUMSA), with about 155,000 members organized in the sector, has been on strike since October 5 to push for higher wages, an action that could hit parts deliveries for new cars and to make accessories.

On Monday, luxury carmaker BMW said it was losing production at its main car assembly plant in South Africa when a number of suppliers were affected. read more

“Unfortunately, at the conclusion of last night’s meeting, we can report that we have no agreement,” Lucio Trentini, chief executive of the Steel and Engineering Industries Federation of Southern Africa (SEIFSA), told Reuters.

“We will regroup this morning and plan the way forward. The revised and improved offer has been rejected,” he added, after NUMSA took a revised offer to members last week. read more

The strike was launched after wage talks hit a deadlock and arbitration failed, with NUMSA demanding an 8% total salary increase in the first year, and inflation plus 2% for the second and third years.

A NUMSA spokeswoman did not comment, saying the group planned to hold a media conference later in the day.