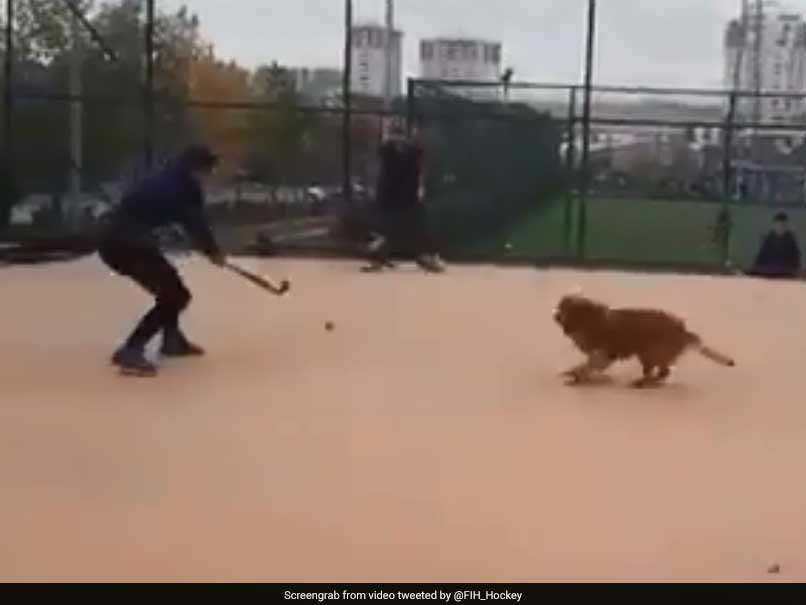 Hockey is undoubtedly on everyone's mind as the Odisha World Cup 2018 starts on Wednesday with fifth ranked India taking on South Africa and Belgium squaring off against Canada. Surprisingly, hockey fever has also gripped a golden retriever, as a video of the dog running around on the turf is doing the rounds on social media. The clip, posted by the International Hockey Federation on Twitter, is already putting a smile on hockey lovers' face. The tweet read, "Who said hockey is only for humans?" Watch the most adorable hockey star performing? LoveHockey. "

Who said hockey is just for humans?