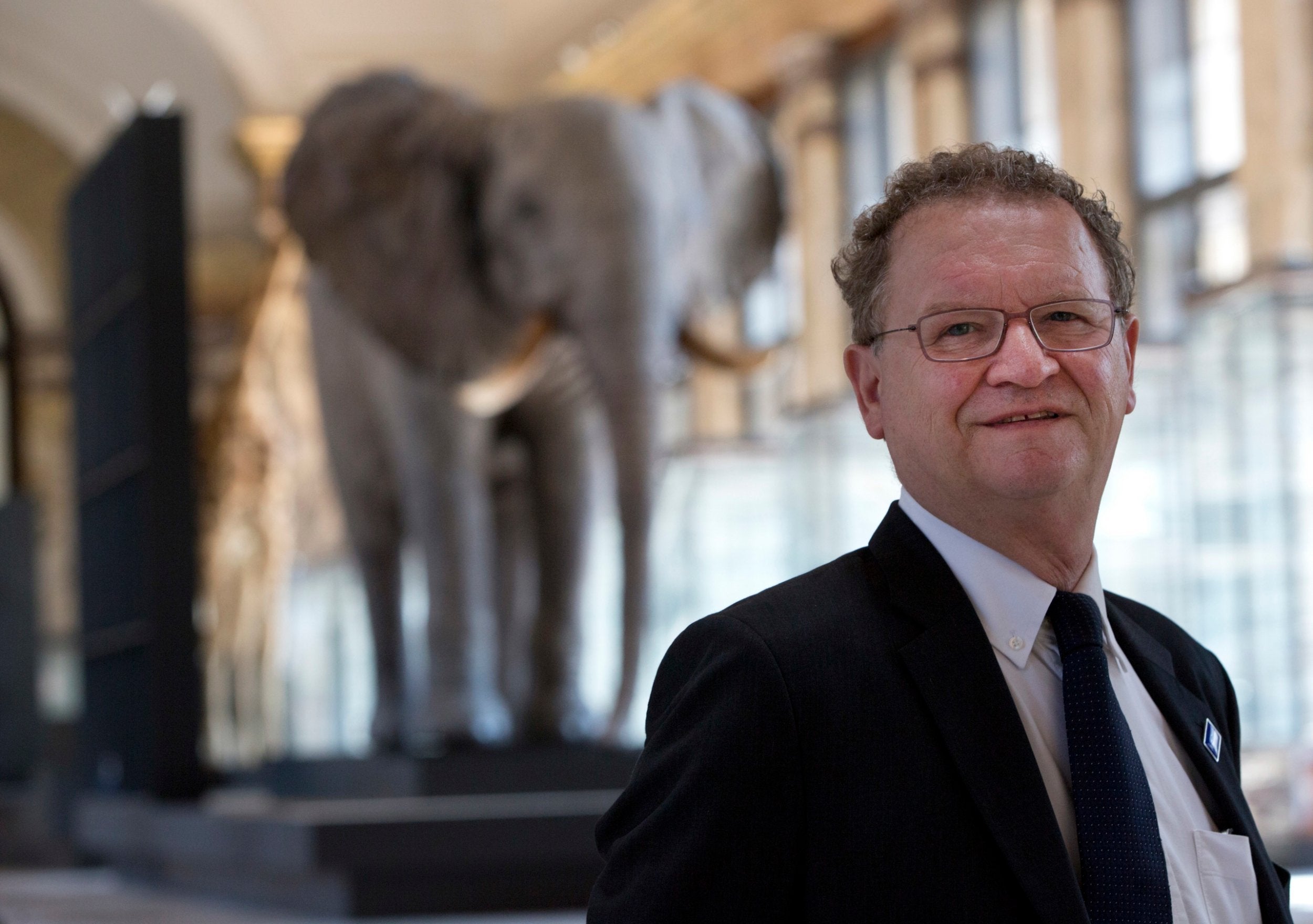 The Belgian Africa Museum, formerly known as Europe's last unplanned museum of colonial age, has been reopened after a five-year, $ 73m (£ 57m) reopening.

The museum in Tervuren, in Brussels' rust, was in & nbsp; Over the course of & # 39; racist and pro-colonial image, said Guido Gryseels, 66, the director general of the museum, in an interview.

"Only generations of Belgen came here and received the message that colonialism was a good thing, that we bring culture and welfare to culture to Congo," he said.

Get the best of it The Independent

Get the best of it The Independent

For almost 80 years, until Congo, now called the Democratic Republic of Congo, won its independence in 1960, Belgium's taxation to receive governors and other resources from the country, arose a terrible human cost, with millions of deaths of illness and illness. Belgian rules also offered to the ruins of Rwanda (hereinafter referred to as Burundi) from the early 20th century.

The reopening of the museum is when Belgium attempts to come up with its colonial legacy. Most of the collection of more than 120,000 articles comes from Congo, collected in colonial-military campaigns, or through missionary and scientific discoverers.

The translation is the first revision of the permanent collection of & # 39; a museum since the 1950s. Many of the items on display – including masks, statutes and preserved examples of Congo wildlife – are the same as before, but they are re-registered and new walls to highlight the problems of colonialism and people of Congo and Rwanda to speak in their own words.

During the introduction of the museum, the visitors first showed that the Belgian colonial legacy was explained and how the items were received from the museum. Then there is a room of racist statutes, portraits of Africans as governor, previously announced in the museum. One, "Leopard Man", shows a masked African mask that gives a leopard skin to attack another sleep on ground.

By placing the statue in a room, distributes the museum of its past without renouncing Gryseels.

There are also spaces that have the African community of Belgium to tell their story, and others that have the legacy of colonialism in Congo and Rwanda, from their influence on natural resources for climate change.

The renovation had one major problem, said Grysel: The main building of the museum has colonial statutes and symbols built in the walls. During a recent round, he stopped in one room and pointed to some gold images in alcohols. One of the blacks succeeded in a white missionary. Another was a topless African woman dancing.

Grysels gave the names of some statues: "Believes the Culture to Konga" and "Gears brings Security in Congo." He saw, "See what we can do with it?" The statutes could not be removed to make the Building is protected by heritage, he adds.

The solution of a museum is to promote contemporary artworks in opposition to and beyond the offensive items. In a memorial room a wall contains Belgian names that died in Congo, for example an artist used to use a projector to overlook the names of Congolese victims of colonialism.

The overhaul goes some way towards presenting objects from Africa in a more sensitive way. But, for some, the artefacts’ presence in a Belgian museum remains problematic. Following the publication of a French report last month that called on museums there to return items to their countries of origin, some in Belgium restated similar sentiments.

Mireille-Tsheusi Robert, president of Bamko-Cran, a non-profit group that fights racism in the country, said in a telephone interview that the organisation has asked Belgium’s government to return all objects in the museum. “It’s a cemetery for my ancestry,” Ms Robert said.

Pressure to return items is also coming from outside the country. On 1 December, President Joseph Kabila of Congo, told Belgium’s Le Soir newspaper he would likely ask for the restitution of Congo’s heritage in May, a month before a new national museum is due to open in Kinshasa, the capital. Mr Kabila did not say which items would be requested and the director of its current national museum did not reply to requests for comment.

King Philippe of Belgium had been expected to appear at the renovated museum’s official reopening on Saturday, but pulled out because of the controversy. There was speculation that the king would use the event to offer an apology for Belgium’s colonial adventures, and many were disappointed by the decision.

Aimé Mpane, a Congolese artist who now has a statue in the museum, said in an email that he wanted some objects to be returned. “It’s a way to recover our identity and stolen memories,” he said. He admitted Congo’s politics are unstable, but added, “I do not like this idea that we are not ready to manage our collection.”

Politicians need to be careful not to “fall into the trap of overnight decisions without careful reflection,” Mr Gryseels said when asked about the issue. “People talk about Africa like it’s one country, but you can’t compare one with the other,” he said. “The situation is very different in, say, Nigeria, Senegal, Rwanda and Kenya, where you have good museums and basic infrastructure.” Countries like Congo need improvements in museums and security, he added.