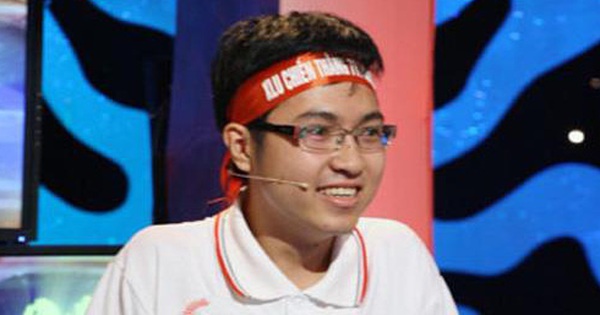 Road to Olympia During the 21 years of broadcast, the audience had the opportunity to meet many talented people across the country. After the match, not only can the winners attract attention, but also the losers still remember the audience by their personality or knowledge. One of them is the 10th year Olympic runner-up – Do Duc Hieu. 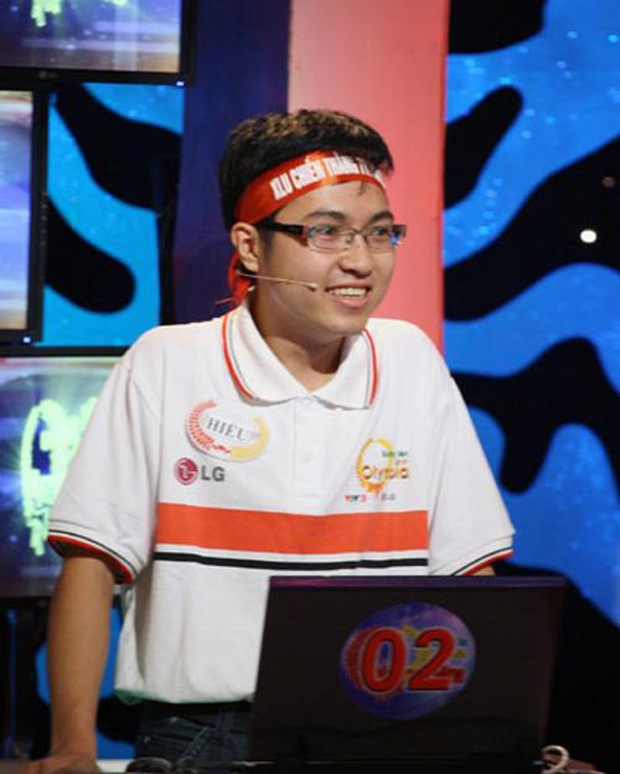 Do Duc Hieu joined Olympia as a representative student of Le Loi High School, Thanh Hoa. Even in the weekly competition, he was under the impression of his stupidity and humor. To this day, even though he is 11 years old, the juggling clip between him and MC Tung Chi has always been considered a “classic” moment of one of Olympia’s best salt qualities.

The guy claimed himself as “Besides being handsome, he is also very friendly and honest” or Duc Hieu also disguised himself as “only drinking rice juice when invited”. The guy saidWhen you drink sugar cane with friends, at least people often donate money and order drinks. When you get full, no one says anything, you can drink 3 cups of sugar cane juice at the same time. 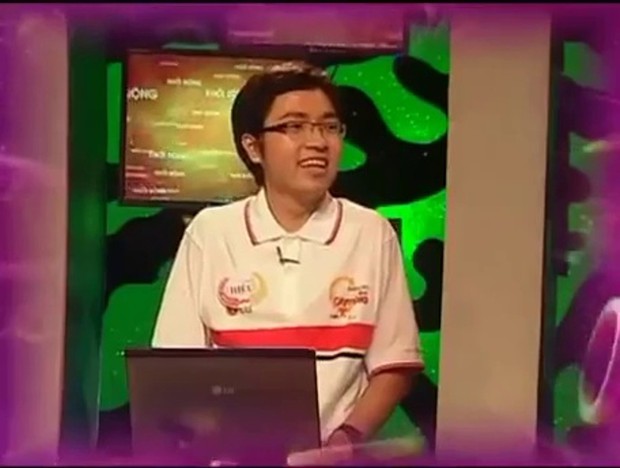 Humor, “bawdy” is that when he confronts the MC, but this former male student of Le Loi, Thanh Hoa has no trivial knowledge. He defeated his opponents continuously in the weekly, monthly and quarterly competitions to excel in the finals of the year.

One of the most regrettable Olympia hurdlers in history

Olympia 10th year saw the rise of Phan Minh Duc, a former student of Hanoi – Amsterdam High School for the Gifted. This is also considered to be the year with the most values ​​of finals in the history of the show. Before the final question in the match What was the finisher of the participant Giang Thanh Tung was the Champion with the next person, Do Duc Hieu (Le Loi High School, Thanh Hoa) only 15 points behind.

After Thanh Tung gave the wrong answer, Minh Duc immediately rang the bell to get the right to give the answer. With English questions, the correct answer of the program is “plumber”, although it understands the meaning and gives the answer, but because of the pronunciation, MC Tung Chi asked this candidate over time to spell back to the letters. And finally, the answer given by the male student Ams was accepted. 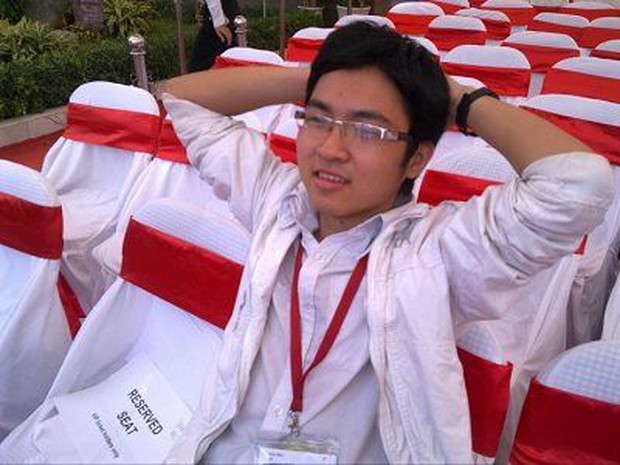 In addition to the 30 thousand gold points fund, Minh Duc certainly won the championship in the last seconds of the league, but this result did not satisfy the audience. Many people think that the pronunciation of the new champion is wrong because the / b / in the word plumber is silent. The English adviser claimed that the answer was not a problem because “most Asians are so easily confused, and the spelling in question is not required”.

If the answer is not accepted by MC Tung Chi, both participants will score 250 and must determine the winner per sub-question. Many people feel sorry because the above results are considered to be quite detrimental to the young Thanh.

Performance after the league made many people admire

When he was in high school, Do Duc Hieu always won the title of excellent student, winning the second prize in Mathematics at provincial level and the first prize in the Mathematics exam with Casio computer. Not only that, he also successfully completed the activities of the Youth Union when he was a member of the Executive Committee of the Youth Union, was praised at the typical advanced conference of study and the moral example of Ho Chi Minh in the district Tho. Thanh Hoa in 2009.

After completing his trip with Olympia, Duc Hieu entered the University of Foreign Trade and excelled at 2 points 10 in Mathematics of 2 blocks A and B, of which he had a high 29 score in class A. 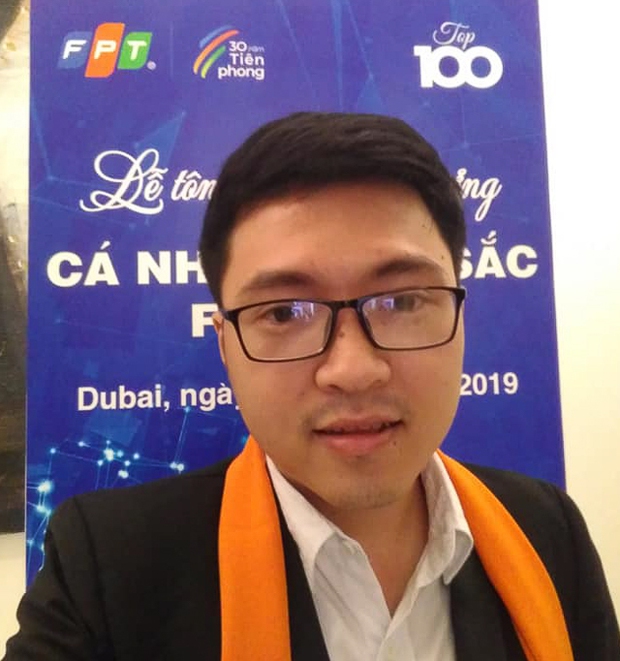 In the early years of university, former runner-up Olympia participated in the National Student Math Olympiad (won the second third-year award), then took the math exam online and worked as a tutor for several months. He also honestly shared that, after the first 2 years of university, he felt he was not fit for economics but did not want to quit because university was self-study. Therefore, he has the opinion that he can pursue his favorite field through self-study.

Therefore sAfter graduating in foreign economic relations, he moved to Ho Chi Minh City to live and fell in love with information technology, a career that opened up many opportunities for him in the future. 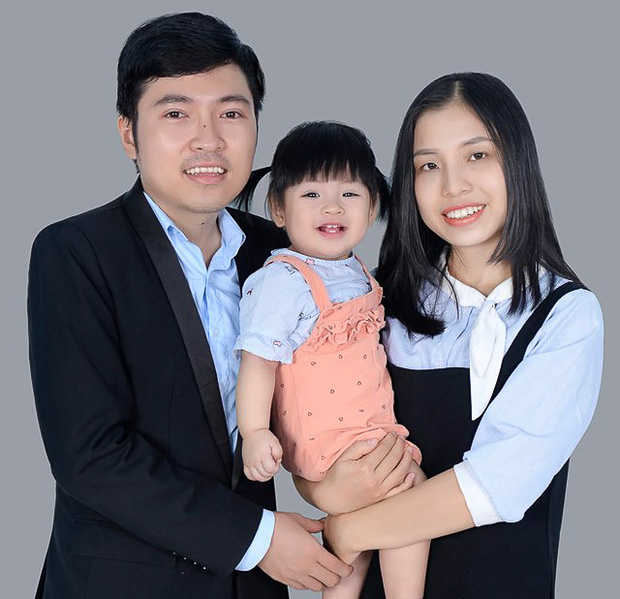 Since he has been teaching and learning for 3 years himself, now he has become a professional programmer of FPT Software. He currently works as a software engineer and solution architect in the aforementioned renowned technology corporation.

In 2018, he married and had his first daughter. It is known that the wife of Duc Hieu is also a former Olympia competitor.