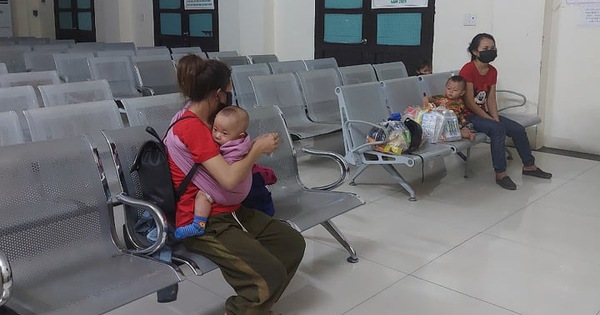 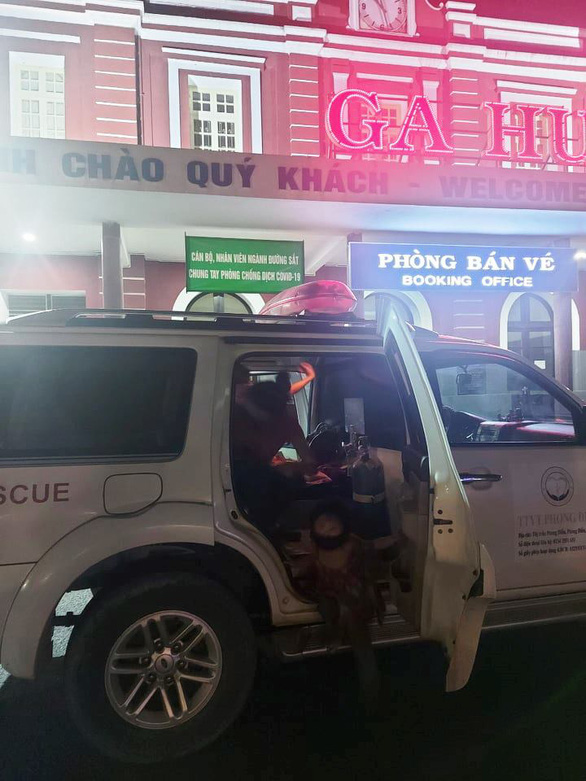 An ambulance with 2 Nghe An mothers and 3 young children arrived at Hue Station (Hue City) to board the train on the evening of July 27 – Photo: PD

On the morning of July 28, Mr. Nguyen Dinh Bach, Chairman of the People’s Committee of Phong Dien District (Thua Thien Hue), said that the government had arranged to buy train tickets for 2 mothers and 3 young children stuck in this district.

Mr Bach said that after the group got stuck, the authorities arranged to rest at a cultural center in Phong Thu municipality, next to National Highway 1. The government and traffic police tried to contact the bus to get around the mother and child back to their place of residence.

However, no passenger car was found for more than 1 day.

On the evening of July 27, the People Committee of Phong Dien District decided to buy train tickets for them from Hue station to Nghe An, and also gave 2 families 2 million VND each for travel expenses.

A special ambulance was also sent to take Phong Dien’s mother and daughter to Hue station during the night. 5 people boarded the train on July 28 at 4 p.m.

“We also contacted Nghe An site to pick them up after the train arrived at Vinh station,” said Mr. Bach.

Just like Youth Online reported, an incident occurred in Phong Dien district when 2 women and 3 children of ethnic minorities in Nghe An were stuck at the transit point.

This group of people are two families who drive motorbikes from Binh Duong to their place of residence to prevent the epidemic. When they arrived in Hue, the group of people with motorcycles were sent through the province.

When they arrived at the health checkpoint in Phong Dien district, the two men took a motorbike to return to their place of residence first, as they thought the shuttle would take their wife and children back to Nghe An.

Can Tho: 5 districts implement guideline 16, people can go to the street to practice 4 hours a day

Berbatov: ‘Cavani is probably not happy about Ronaldo’

The game between PSG and the four giants of England?