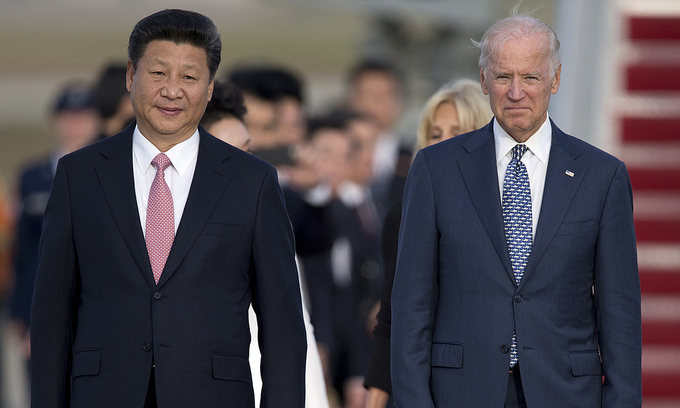 China made it easy for domestic companies to ignore foreign restrictions in response to Trump’s sanctions and pressure Biden to change policy.

The Chinese Ministry of Commerce issued a new regulation on January 9 to protect the company from foreign laws that it considered “unreasonable”. They require Chinese citizens or organizations to submit reports within 30 days of being required by foreign authorities to prevent them from engaging in “normal economic or commercial activities”.

If China considers the above measures to be “unreasonable”, it could impose an enforcement ban on them. Government agencies can also help Chinese as companies suffer huge losses for not complying with “unwise” foreign regulations.

While China does not name specific countries, the new regulation has the potential to trap global companies in an economic battle between Washington and Beijing. It could also send a signal to Joe Biden’s next administration, who will have to decide whether to keep Trump-era restrictions on Chinese business, relax them, or completely rethink them.

Under Trump, Chinese companies are gaining more and more access to the U.S. market. The Trump administration bans companies around the world from using American software or technology to make chips designed by Huawei. They have also enacted rules that punish companies linked to the Chinese military as involved in charges of “forced labor” in Xinjiang.

Earlier this week, the New York Stock Exchange, under pressure from the Trump administration and members of Congress, removed three major Chinese telecommunications companies from the stock market to comply with an order. to prevent US investment in Chinese military-related companies.

The new rule comes just days after Secretary of State Mike Pompeo threatened to impose additional sanctions on the people as entities involved in the arrest of dozens of Hong Kong opposition activists.

China has launched sanctions and tariffs in response to the US. However, because U.S. imports from China are much higher than exports to the country, Beijing has fewer options in taxing U.S. goods. They are heavily dependent on American products, including chips and software. The Chinese economy is also partly dependent on outsourcing factories to large US companies such as Apple and General Motors.

New Chinese rules are put in place against U.S. sanctions, allowing government officials to issue orders that Chinese companies are not subject to foreign restrictions. “China is sending a signal to Chinese companies and American companies in China that we now have the legal capacity to oppose the ‘extended jurisdiction’ of US law,” said Sean Ding, an analyst. in Plenum, a research firm specializing in Chinese politics and economics, says. China is simply signaling at this stage, he argued, instead of really trying to make legal efforts.

A notable point in the new regulation is that a Chinese company that has suffered losses due to a party complying with “unreasonable” foreign laws may sue that party in Chinese courts for compensation. The court is more likely to rule in favor of the Chinese prosecutor.

“Assuming a European bank freezes the assets of a Chinese official punished by the US, Chinese regulations will allow the official to prosecute the European bank,” said Angela Zhang, professor of Chinese law at Hong Kong University.

“This basically puts a lot of companies in a dilemma because they have to choose whether they will comply with US sanctions or Chinese rules. Whichever option they choose, they will lose one of them. Its biggest brands,” said Henry Gao, a law professor from Singapore Management University specializing in international trade.

The new Chinese regulations are generally still unclear. It is not clear whether global companies in China will be punished for complying with US sanctions. The new rule also includes a “back-and-forth” clause stating that companies can apply for immunity from the Chinese Ministry of Commerce to stay in line with foreign restrictions.

But Beijing’s new rules could require large U.S. companies doing business in China to urge Biden to loosen restrictions on Chinese companies. Biden has not yet said whether he intends to continue Trump’s sanctions.

“China wants to prevent the new administration from behaving like Trump,” Gao said.

Phuong Vu (According to the NYTimes / BBC)