Rare 'super blood moon' eclipse to put on stunning display in January: What to know 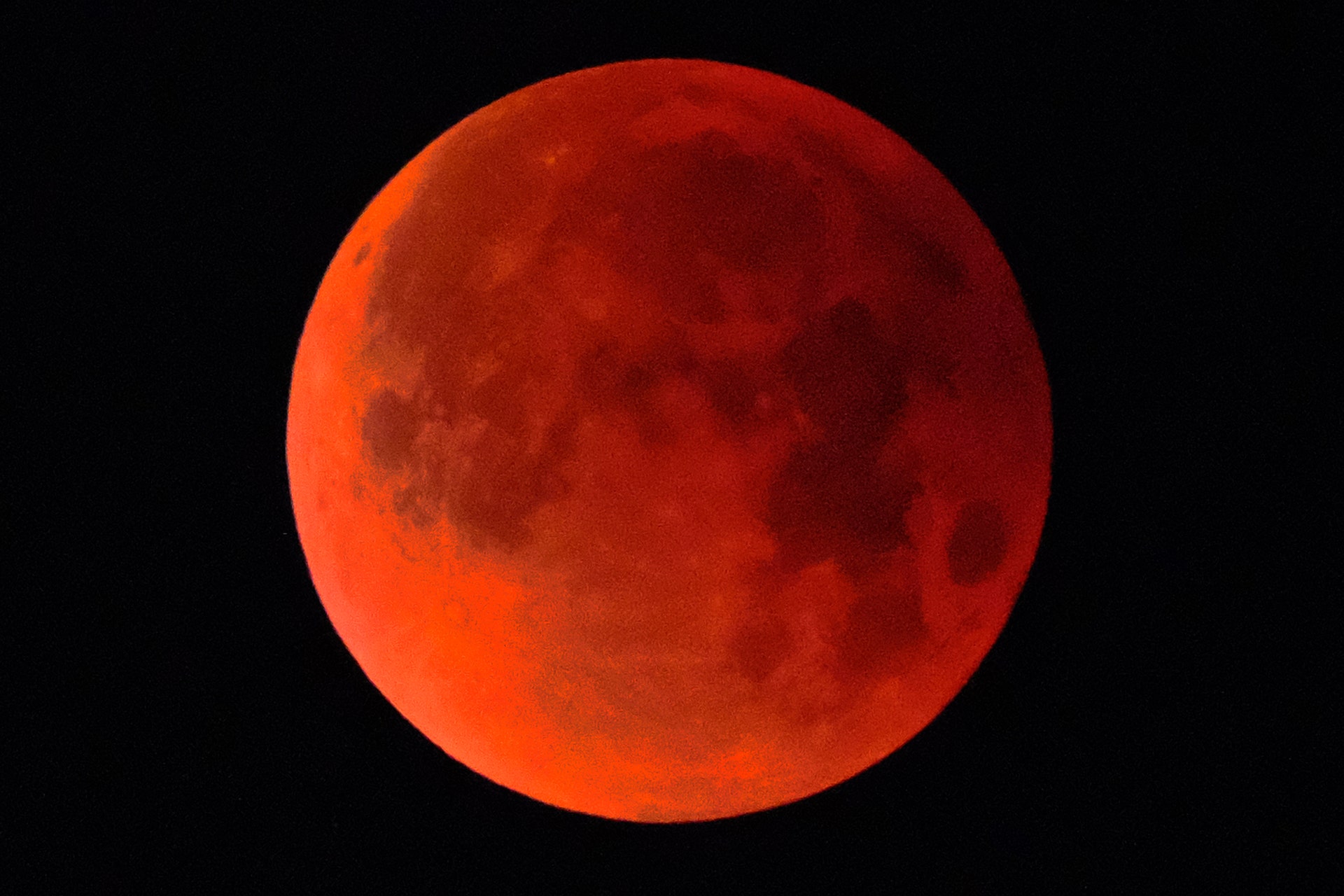 Stargazers will witness a triumph of lunar events in the New Year – a total lunar eclipse, a super blood moon and a "Wolf Moon," a nickname for a full moon that appears in the middle of winter.

Millions of people across North and South America and portions of western Europe and Africa will be able to catch the rare sight overnight on January 20 in January 21, according to National Geographic. For a few hours, the moon will give off a bright reddish glow.

"A total lunar eclipse can only occur when the Sun, Earth and Moon are perfectly lined up – anything more than perfection creates a partial eclipse or no eclipse at all," Space.com explains.

You won't want to miss it. Earth won't experience another total lunar eclipse, which occurs when the entire Moon enters Earth's shadow, until May 2021, NASA estimates.

Here's everything you need to know about the unusual phenomenon.

When can I see the 2019 total lunar eclipse?

The last total of eclipse took place on July 27, though it wasn't visible in the U.S.

What is a "super blood moon"?

A supermoon is a new or full moon that appears closer than usual because it has the closest distance to Earth during its orbit, known as "perigee" located about 363,000 kilometers from Earth, NASA says.

Supermoons typically appear 14 percent larger and 30 percent brighter than the average moon seen in the sky each night, Dr. Noah Petro, a research scientist from NASA's Goddard Space Flight Center, previously told Fox News. However, it's hard to spot the difference with the naked eye.

The term "blood" stems from the rusty brownish-red color of the Moon turns during a total lunar eclipse.

"That's because some of the sunlight is going through Earth's atmosphere is around the edge of our planet and falls onto the moon's surface. Earth's air-scatters are more shorter-wavelength light (in colors such as green or blue); what's left is the longer -wavelength, saves end of the spectrum, "Space.com states on its website.

The January full moon was nicknamed the "Wolf Moon" – and occasionally the "Old Moon" – by Native American tribes after midnight winter.

"This is an age-old practice, nothing new. Ancient peoples commonly tracked the seasons by following the lunar calendar (versus today's solar calendar)," The Old Farmer's Almanac explains in a post online.