Protect yourself from the flu | Learning key 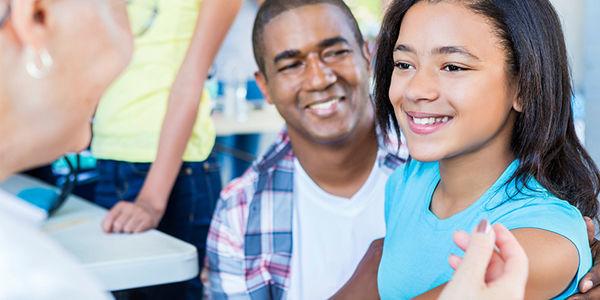 The flu has nothing to sneeze. According to the Centers for Disease Control and Prevention (CDC), since 2010, influenza has caused 9.2 million to 35.6 million ills each year. The best way to get rid of these statistics is for everyone who is eligible. The vaccine should be available for at least six months.

To help, all CVS pharmacies and MinuteClinic locations can receive vaccinations without reservations for seven days a week.

One-third of those surveyed on an annual Harris Poll online survey on behalf of the CVS pharmacy reported an increase of 5 percent from May, as they receive either the flu vaccine each year or the one-time inoculation this year Shredded. last year.

One of the reasons that many people gather together is knowledge of last year's flu season. This was the highest level of flu since 2009, according to the CDC. Twenty-two percent of those surveyed are more likely to receive the flu vaccine this year, according to the flu season last year. In a similar vein, 27% of parents under the age of 18 who did not receive the flu vaccine last year say 26% are more likely to be vaccinated this year after the flu pandemic was found to be high last year.

The survey also found that physicians' opinions (39%), where insurance was accepted (38%), and convenience (33%) were among the three most important factors determining where to shoot. Flu vaccine is a preventative service under affordable care, so it is available free of charge through most insurance plans, including Medicare Part B.

Angela Patterson, nurse practitioner at MinuteClinic, says, "It's a surprise to many people that the flu vaccine could actually take two weeks to boost the immune system." That's why CVS pharmacies offer the safest protection for the patient before the flu season is at its peak. We recommend that you receive the flu shot immediately after you have completed your vaccination. Influenza strains also tend to change every year, so getting vaccinated and protected every year is important. "

What else can I do? Here are four suggestions.

1. If you are sick, you should stay home. According to the survey, two out of three respondents will still work if they have flu-like symptoms. In fact, flu-like symptoms prevented some people from leaving the general public. 28% were in supermarkets, 12% were in school or nursery school, and 10% were in public transportation.

3. Do not touch eyes, nose or mouth. Germs spread like this.

4. Clean and disinfect surfaces and objects that may be contaminated with germs. – (NAPS)