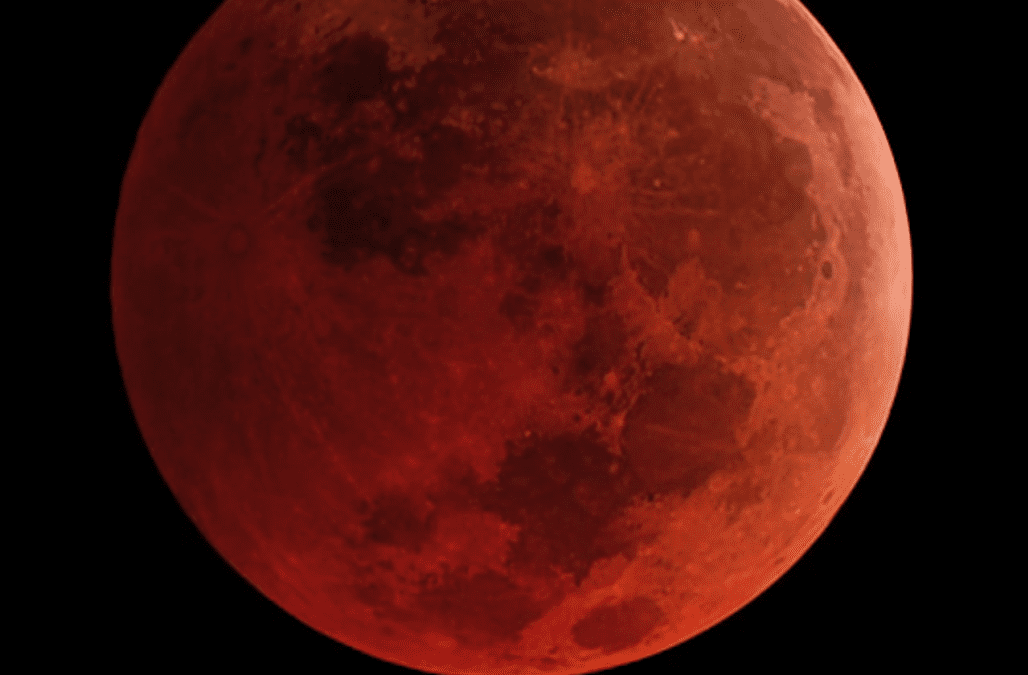 It sounds like an alarming event possibly something to do with werewolves, but this weekend's super blood wolf moon eclipse will be safe enough … and spectacular.

You'll have to get up early on Monday 21st to see it in the UK, with the total eclipse giving the dawn sky a reddish tinge.

The slightly alarming name is due to the combination of several different celestial phenomena.

First, it's a wolf moon, a traditional name for full moons in winter.

'While at perigee, the Moon appears slightly bigger and brighter from our perspective on Earth, so it's often referred to as a supermoon.

It's also a total lunar eclipse, with the moon covered by Earth's shadow and taking on a red glow – hence the name blood moon.

NASA says, 'Viewers in North and South America, as well as those in western parts of Europe and Africa, will be able to watch one of the sky's most dazzling shows on Jan. 20, 2019, when the Sun, Earth and Moon align at 9:12 pm PST (12:12 am EST), creating a total lunar eclipse. '

To enjoy it at its best, ideally watch from an open area, away from street lighting.

– This article first appeared on Yahoo