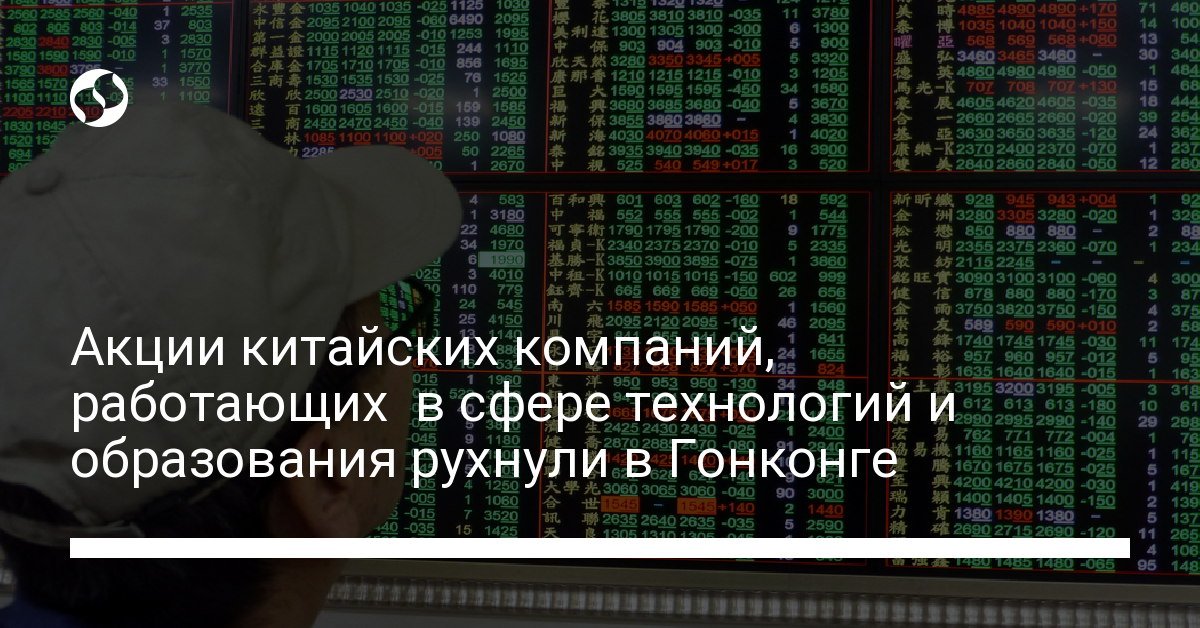 Shares in Chinese technology and training companies fell on July 26 in Hong Kong. RBC writes about it.

At the session low, the Hang Seng Index was 3.6% lower, while the Hang Seng Tech Index lost 7.09%, reaching its lowest level since September 2020. The CSI Education Index fell 9.73%.

It is noted that investors are selling securities because of the pressure exerted by the Chinese authorities on companies in the technology and education sector. Regulators have paid close attention to bigtechs last year.

At the end of last week, it was announced that Chinese regulators had decided to restrict the activities of private educational companies – one of the fastest growing areas of business in the country. Education platforms may be banned from conducting IPOs and attracting investment.

On July 6, China tightens control over technology companies trading on foreign exchanges. Four days later, the China Cyberspace Administration (CAC) proposed rules prohibiting companies with more than 1 million users from listing foreign exchanges without official permission. The goal of regulators is to take control of the enormous amounts of data collected by companies.

If you notice a spelling mistake, select it with the mouse and press Ctrl + Enter.

Litvinova showed what she looked like in her youth

Apple has released iOS 14.8 for everyone. What’s new

Rates on new deposits for the population in August 2021. Data from the National Bank of Ukraine