In Lutsk, vocals on the rock band's concert failed on stage (video) 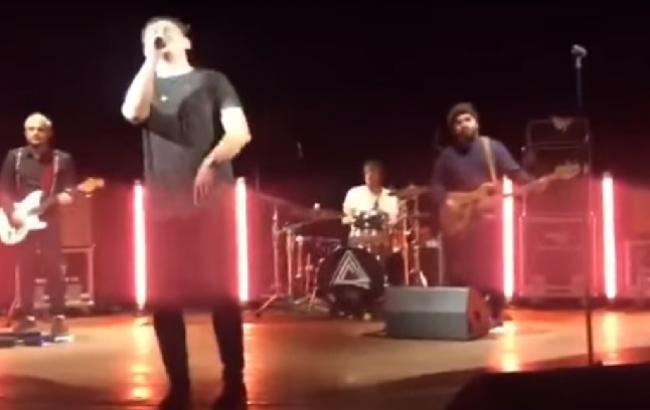 Video: The frontman of the "Fiolet" group failed on the stage of the concert (youtube.com/Tatyana Sinchuk).

In Lutsk, a curious event occurred during a concert by the Ukrainian rock band "Fiolet". During the performance, frontman and vocalist Sergey Martynyuk musical group failed on stage. A post with interesting incidents was posted on YouTube's Tatyana Sinchuk.

In the frame, the vocalist emotionally sings and expressively dances, and the way to start jumping while one of the songs is done is noticeable. Unexpectedly jumped for himself and many more people for the audience toppled the boards of the stage and collapsed and disappeared from view at some point.

The video shows that Sergey Martynyuk fell between the boards on his shoulders and was a little surprised at what happened. The other members of the group and the stage workers asked for help from the musicians. With their help, he was able to get out of the pit.

By the way, we wrote about the fact that Ivan NAVI was embarrassed before the show.

Megan Markle was also embarrassed in the Tongan kingdom.

Recall, we wrote that the beauty queen was fainted on the stage after receiving the title.