Grenade at Troyeschina – the groom originally recognized her emotions

First, the guy watched her and made a more decisive decision.

An emergency took place in the Desnyansky district of Kiev – a guy throwing a grenade into his former girlfriend's car. The incident took place on Saturday, 3 November, at 22:20.

The police got the call that the grenade was in the Troyeschina at Honda Accord. A little later it turned out that the car belonged to the girl, and his former friend was watching and threatening. He met again with the ex, and throwing grenades into his car with a verbal skirmish. After he did, he fled the scene.

At the scene of the incident the police and the bomb were patrolled. The area around the car was fenced and the grenade was seized and examined. 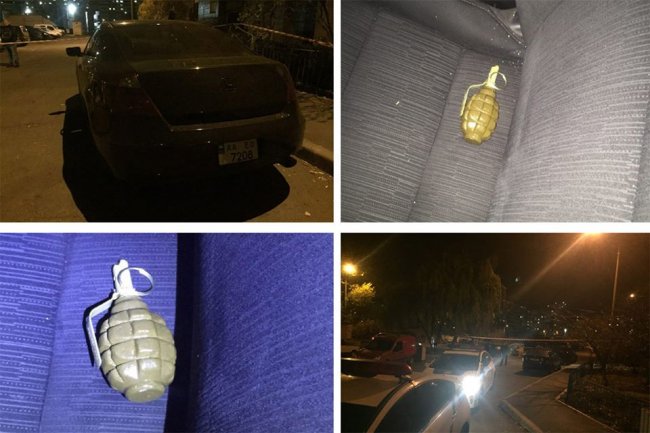 We recall, previously reported that a few days before the Kharkov Mountains in Kiev a young guy exploded with a grenade.

Remember the night of May 6th the Cathedral Street Petropavlovsk Borschagovka on the edge of Kiev thundered the explosion caused man. Then a grenade exploded at the pier near the lake. The injured person was hospitalized in serious condition.

Besides that, in Podol, in early May, one man died in the explosion of a grenade. Later it became known that Donbass's war veteran was murdered.

You are currently seeing the news: "In his Troyeshchina, his friend" thrown a grenade into his former lover's car. " Other recent news from Ukraine, see block "Latest News"