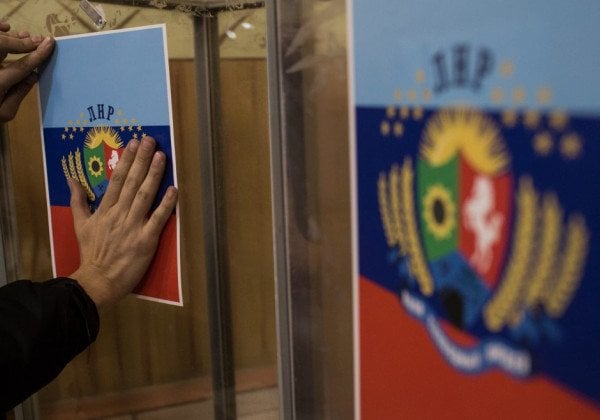 On the eve of the day, the "LPR" group's armed forces pulled the temporarily occupied Lugansk public sector employee into a leader's fake election.

Such a message on Monday, November 12, published the portal "LIGA.net" with reference to local residents. "My friend, who works at one of the colleges, was told to come to the polls before 11 o'clock and send a photo at the polling place, otherwise she would be fired and spoiled the newsletter and put a mat there.chapterEd") – They said.

According to their data, many college students had to be "mandatory", and because the "voter list" was written, they were able to visit the "polling place" regardless of where they were registered. "There were many" police "and uniformed people in the center," said a Lugansk resident named Maxim.

It is also known that "the fair in the field" is specially organized. The Lugansk people sell eggs and grains, about a third of the price, and a 100 rubles bonus for the Lugak carrier.

We have reported that "LNR" combatants have been deprived of their pension before the "election" of the inhabitants of Lugansk.