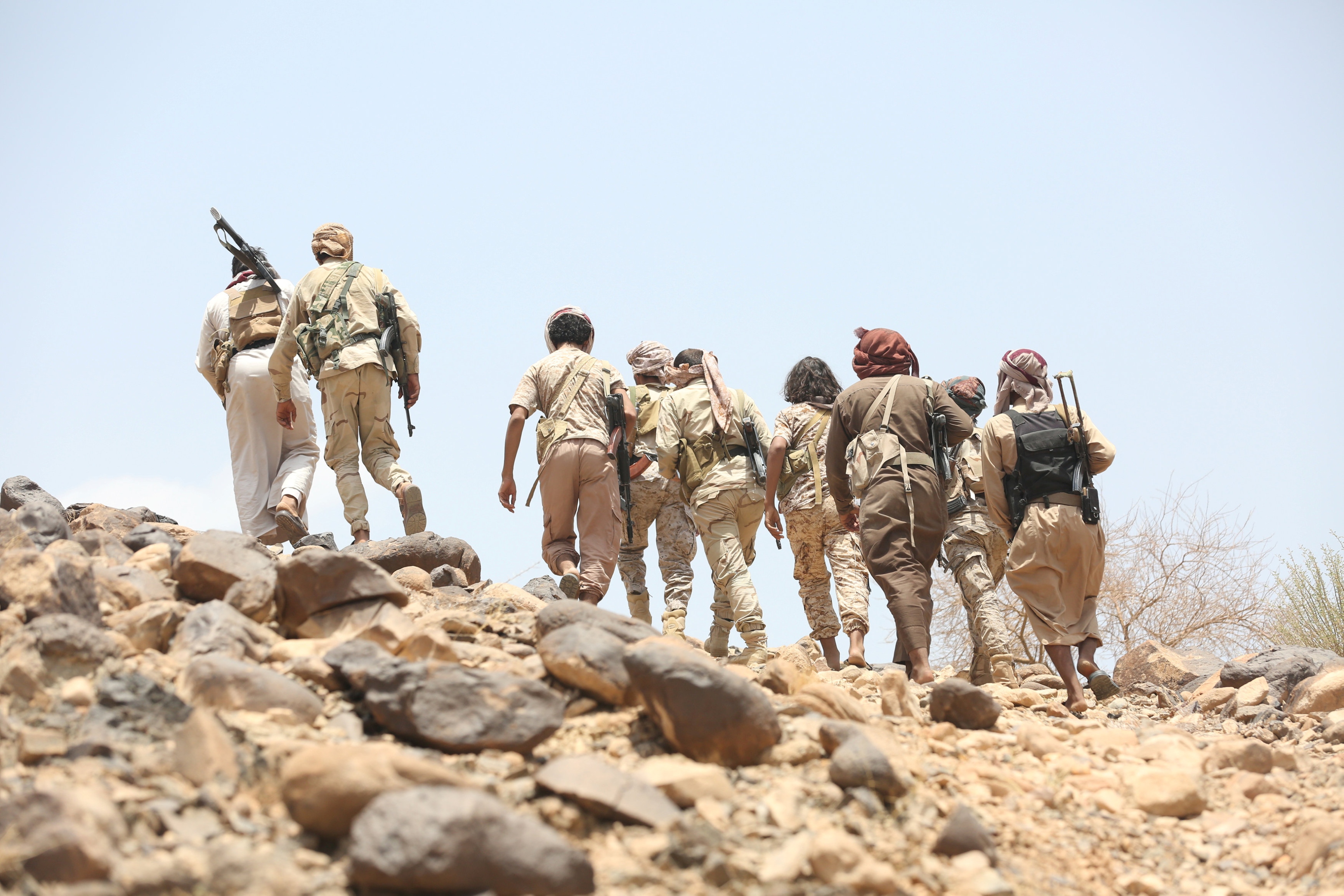 The Yemeni government forces and the local resistance in Al-Bayda Governorate, supported by coalition fighters, regained much of the territory in the Nata and Numan districts, north of the governor, after conducting qualitative bypass operations on the positions and elements. of the Houthi militia and suffered heavy losses, while the battles between the two sides continued on the fronts south and west of Marib, with transgressions continuing. Houthi in the west coast of Yemen.

In detail, field sources in Al-Bayda governor confirmed that the army and local resistance forces, supported by the fighters of the Arab coalition to support legitimacy, regained many of the places that the Houthi militia had controlled in the districts of Nata and Numan, north of Al-Bayda.

The sources pointed out that the movements and advances of the militias to the Numan district were stopped, with the great support of the coalition fighters, and inflicted their great losses, noting that the field battles between the two sides were currently taking place in the Ghoul area. after the coalition fighters targeted Houthi fighting mechanisms that were after the contact areas in the neighborhood.

The sources stated that the army and the tribes received major reinforcements from the Bayhan axis, in addition to the coalition fighters who launched support attacks, which prevented the Houthi attacks and hindered their progress towards the strategic obstacle of Qunza between Al Bayda and Shabwa,

The government forces and the resistance in Al-Bayda carried out operations to divert the Houthi groups into separate areas of Numan and Nata ‘, the main ones of which were concentrated in the’ Al-Jaribat ‘and’ Taba Al-Tala’a ‘ areas, and its members suffered heavy losses, including prominent field leaders.

Troops and resistance were also able to recover areas in Al Awad, in the Nati ‘district, especially the Shabakah and Al-Hana districts, after battles that left dead and wounded, and led to the capture of more than 13 Houthis. , including a field leader.

In Marib, the battles continued between the two sides on the fronts south and west of the province, according to field sources, and found that the battles were concentrated on the fronts of Jabal Murad and Rahba and in the areas of Wadi Al- Mashreef, Waheed Al Ahmad, and Najd Al Majma`ah, all government positions, oversee delivery routes between four districts.

On the fronts west of Marib, the army and tribes today repulsed an attack by the Houthi militia this morning against Al-Zour and Al-Balaq in the northwest of Marib, inflicting heavy losses on their elements, and the rest fled to the areas between Marib and the countryside of the capital Sana’a.

In Al-Jawf, the Al-Masloub district, west of the government, is witnessing great tensions between the Al-Nouf tribes and the Houthi militia, against the backdrop of the militias belonging to one of the tribal members. received, which the latter requested to capture many Houthi elements in the district, including Musharraf and a field commander.

Tribal sources said the sheikhs of the Bani Nouf tribes confirmed their absolute refusal to release the Houthi supervisor until the abducted man from the tribe is released to the militias that have reinforced their board members with fighting mechanisms and armed elements, which warns of confrontations. between the two sides.

In Hodeidah on the west coast today, Thursday, the Houthi militia bombed the Al-Jaruba district in the Al-Tuhayta district, with various weapons, including mortars, which according to a source caused a state of fear and panic. in the Giants Brigades, noting that the militias have never stopped targeting civilians in the West Coast until the days of religious holidays.

The joint troops had opposed an infiltration of Houthi elements against the Clio 16 sector, east of the city of Hodeidah, where their movements were controlled before being treated with weapons and the appropriate location.

Water wars in the Arab region..Illusion as reality? | Arab world

Massive spot in social media of iPhone 13, find the reasons

What is the story of the virus that is spreading more and more among children all over the world?

Noma gets his third Michelin star.

An Israeli company is developing a tool to hack iPhones