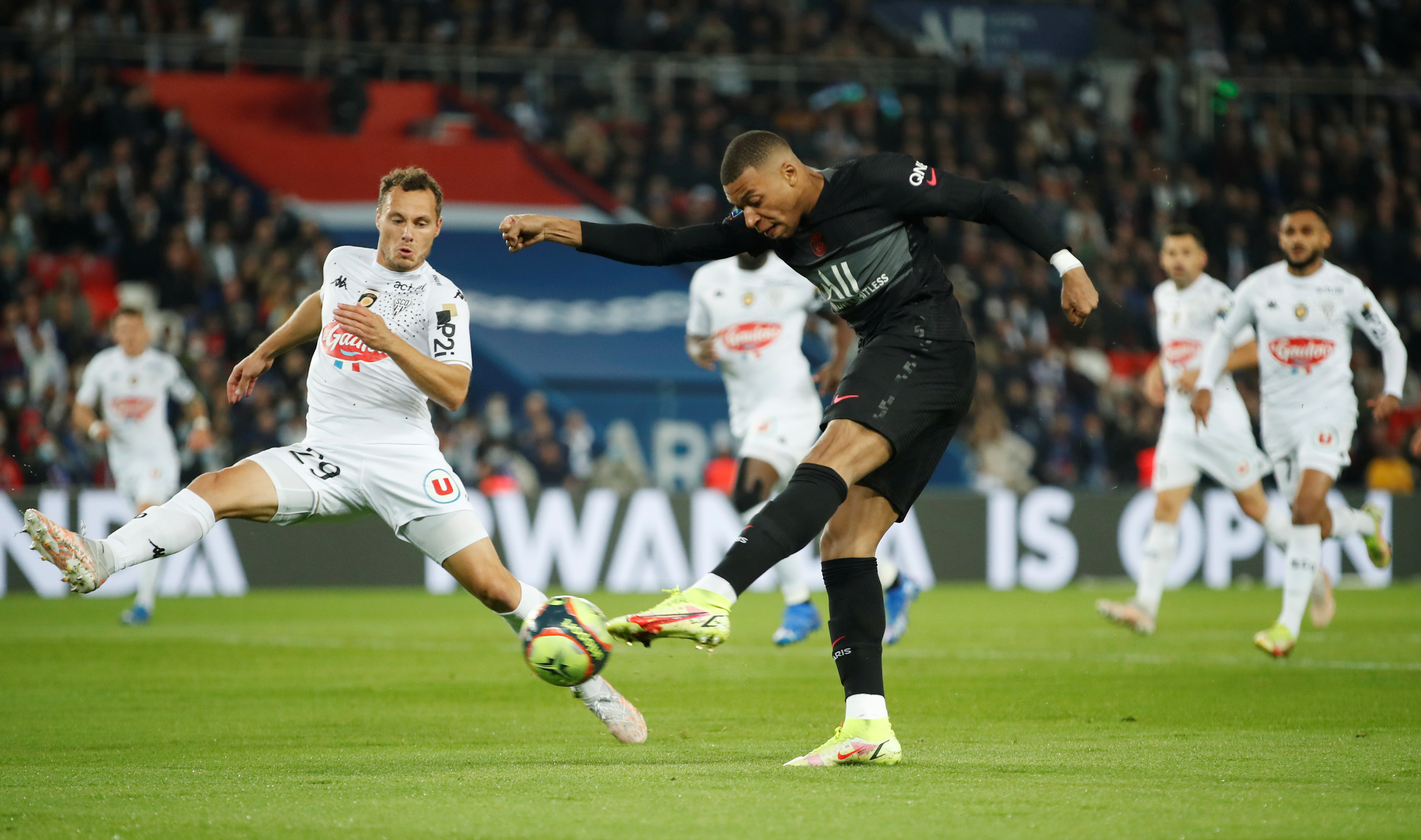 Kylian Mbappe confirmed his position at Paris Saint-Germain and the validity of the latter’s decision to stay with him, despite his personal desire to move to Real Madrid, by guiding the capital club to restore his balance after he failed against his guest Angers in a hard-fought 2-1 victory Friday in the tenth stage of the French Football League.

The team of Argentine coach Mauricio Pochettino entered the meeting with Angers, who suffered his thirteenth defeat in a row against the premier league at league and cup level, in search of compensation for the defeat he suffered two weeks ago in the hands of Rennes, and his consecutive series of victories stopped at eight games.

But he was close for the first time since the first two stages of last season to get two consecutive defeats, had it not been for Mbappe, who passed the equalizing goal to the Portuguese Danilo Pereira (69), and then it winning goal scored in the kill time of a penalty kick (87), after the visitors missed half The first is advanced by Angelo Fulgeni (36).

And despite the absence of Argentina Lionel Messi and Brazilian Neymar due to their participation with their national teams in the qualifiers for World Cup 2022, the capital club managed to quickly restore its balance and reach its ninth victory, allowing it to temporarily leave in the lead with nine points from Lens II and 11 from Nice III, for the last two games with Montpellier and Troye respectively on Saturday, outside their stadiums.

Pochettino’s team is entering a difficult stage of its season as it is invited to face German Leipzig on Tuesday in the Champions League, before hosting a local league game against its rival Marseille, and then opening the twelfth stage on Friday by hosting defending champions Lille before confronting Leipzig again, but this time at The Last Stadium.

Despite the controversy that has arisen in recent days regarding Mbappe and his public revelation of his request to leave the capital club to move to Real Madrid, the young star confirmed his professionalism and commitment to his current team.

And 11 days ago, the 2018 world champion, who was awarded the European Nations League title at the expense of the Spaniards last Sunday, first revealed the problem of his departure from the Paris club, saying that he his club at the end of last July of his desire to leave.

“My position was clear. I said I wanted to leave and I said it early enough,” he said in an interview with a radio program published by Radio Monte Carlo on his website.

The issue of Mbappe’s departure has caused great controversy in the football world, especially after the failure of a possible transfer to Real Madrid, who offered almost 180 million euros in August to buy last year Mbappe’s contract with the Parisian team.

Despite this, Saint-Germain closes the door for negotiations, declaring through his Brazilian sports director, Leonardo, that Mbappe “will leave or remain our terms.”

“(Paris) is a club that has given me a lot, I have always been happy in my four years here, and I still am. I announced it early enough for the club to fulfill my wish. I wanted to that everyone came big and went hand in hand with a good deal, “said the young striker. I respect that. “

Absence of the South American Battalion

In the absence of Messi and his compatriots Angel Di Maria and Leandro Paredes, Neymar and his fellow captain Marquinhos, Pochettino relied on a 3-3-4 formation on Friday, counting on Argentine Mauro Icardi and Brazilian Rafinha in the front line. by Mbappe, while giving Moroccan star Ashraf Hakimi the chance to pick up his breath and keep him on the benches.

With Costa Rican goalkeeper Keylor Navas injured during his participation with his country, Italian Gianluigi Donnarumma had the chance to defend the Paris club’s hole, while the midfield consisted of the Italian trio Marco Verratti, Portuguese Danilo Pereira and Ander Herrera .

Despite his frustration resulting in the smashing of a few teacups, the coach of Paris was able to get his message across, and raised Angelo Fulgeni’s organization to solid. crosspass of Moroccan Sofiane Boufal, Dagba could not intercept it.

After Herrera’s header was canceled for offside against the Spaniard, the referee flew at the end of the first half and the visitors for Pochettino’s men.

Pochettino felt the embarrassment of the situation after his players could not return to the game at the beginning of the second half, so he had the Dutchman Jorginho Wijnaldum and the Spaniard recover from an injury after an absence of almost a year, Juan Bernat.

Saint-Germain did not wait long after these two substitutions to equalize with Danilo Pereira’s header after a perfect cross between Mbappe (69), before Pochettino took his place to Hakimi and German Julian Draxler at the expense of Herrera and Dagba.

Al-Faraj appeared on cue near the post, and steered it past the goalie. That was far too lenient! , so Mbappe blew it and scored it successfully in the net (87), increased his score After 7 goals, he is the top scorer with Gaetan Laborde (Rennes) and Canadian Jonathan David (Lille).

Saint-Germain came close to confirming the three points with a third goal, but the right post intervened in the face of Wijnaldum’s header after a forehand from Mbappe (89).