We show you our visitors the most important and latest news in the following article:
Rashid Al-Majed, Majed Al-Mohandes and Dalia Mubarak take part in the operetta “Lailat Watan”, today Tuesday 21 September 2021 12:55 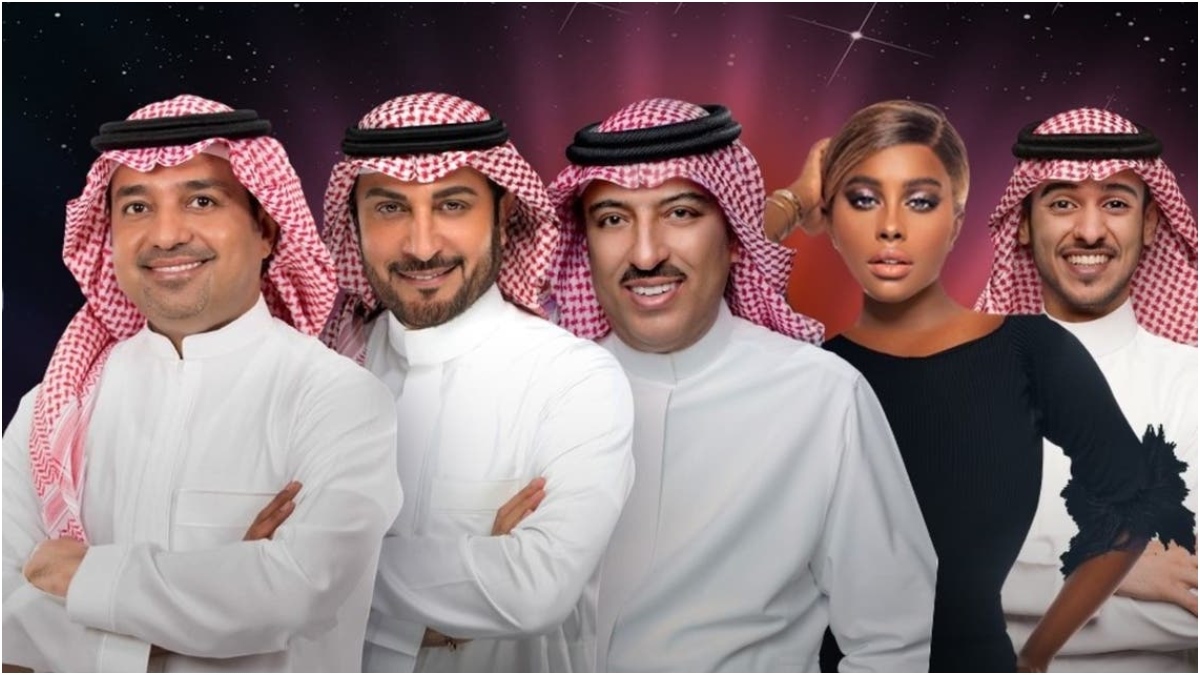 The theater of the King Fahd Cultural Center in Riyadh will witness the operetta “Night of the Homeland” and it will be revived by Rashid Al-Majed, Majed Al-Mohandes, Aseel Abu Bakr Salem, Dalia Mubarak and Ayed, at occasion of the 91st Saudi National Day. These stars will participate, accompanied by a large number of young Saudi men and women, through three nights of singing and performance paintings in love with the homeland on September 23, 24 and 25, 2021. The operetta is sponsored by the General Authority for Entertainment, and a many concerts sponsored by the authority will be held, and there will be many aspects of the celebration of these occasions between parties And congratulations and festivals held in Saudi Arabia.

The General Entertainment Authority stated that it is possible to reserve a ticket for the National Night Party for all citizens, by visiting the Platinum website, where ticket prices will start from 82 Saudi riyals and above, and many festivals and parties are scheduled to be held on the occasion of the 91st National Day in Saudi Arabia. At the same time; Enormous preparations are underway for the success of the huge concert that will be held under the auspices of the General Entertainment Authority in Saudi Arabia, organized and accompanied by “Rotana” for audio and video, in celebration of the 91st Saudi National Day .. The ceremony will be held on Thursday, September 23, at 10 pm Saudi time, at the Princess Nourah Theater at Abdul Rahman University in the capital, Riyadh.

Singer Abadi Al-Jawhar spoke about this concert, saying: “In my name and on behalf of the artists, I thank the General Authority for Entertainment under the leadership of His Excellency Chancellor Turki Al-Sheikh for the great and unlimited support we have. in order to express our love for our beloved kingdom on national occasions, and I also thank Rotana Audio and Video Company, who once provided everything that is special to our artists, and I hope in the future that we will participate to the largest number of national and mass concerts; To meet the audience of my beautiful country .. I have announced that if there is one singer who deserves an award on stage, it is the Saudi audience that has a high artistic taste has. ”While Saudi artist Huda Al-Fahd commented on her participation, saying:“ It is a great honor for me to participate in a celebration on the occasion of the National Day of my country, Saudi Arabia. I had a dream to take part in National Day, even with a song, but today my dream has come true, which is an indescribable feeling. Kuwaiti star Nawal is also taking part in the celebrations of Saudi National Day, and she said via her Twitter account: “My dear, my audience, whom I miss and Wade.

Emirati star Hussain Al Jasmi is preparing to perform at a concert at the Jeddah Super Dome on Wednesday, September 22nd. At the same stage, Iraqi singer Aseel Hamim will give a big concert on September 24.