“Murex d’Or” honors artists in Lebanon and the Arab world: Beirut is an icon of steadfastness – (photo and video) 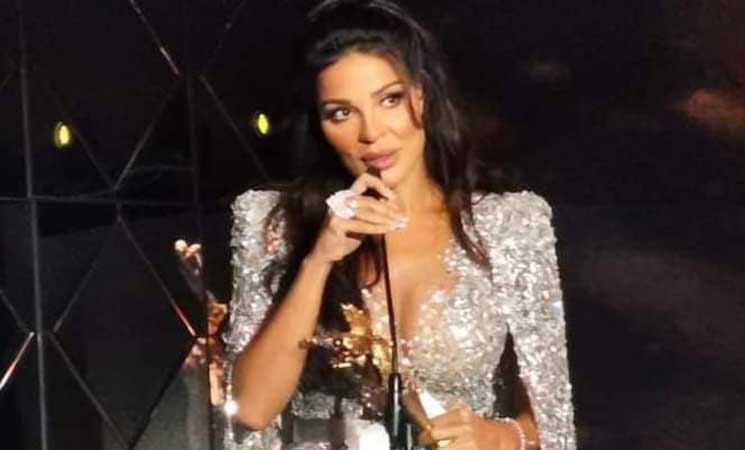 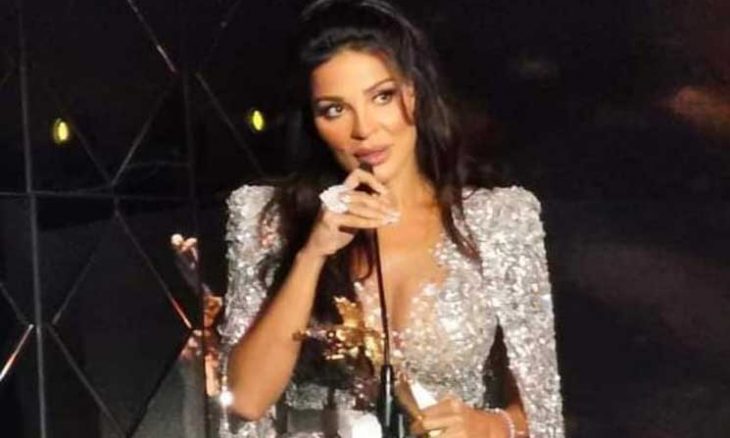 Beirut- “Al-Quds Al-Arabi”: Under the slogan “Beirut is an icon of steadfastness” host Beirut “Sit al-Dunya” and “Umm al-Shari’a” stars of Arabic art in the enormous “Murex d ‘Or’ festival that challenged the escalating crisis that Lebanon is going through, and proved that Beirut is not dying or dying.creativity, magic and beauty.

And the “Murex d’Or” celebration, in its twentieth session, honors the great stars of art in Lebanon and the Arab world who attended from Egypt, Iraq and Syria and received their awards for their best dramatic and lyrical works for the 2019, 2020 and 2021 seasons, and the most prominent awards were presented to Lebanese star Nadine Nassib Njeim, who won the award for best actress. ”.

Nadine, with her charming and elegant appearance on stage, captured the admiration of everyone as she looked at princesses in a gorgeous and elegant silver dress from the collection of international designer Zuhair Murad. , with long brown hair, a mustache and glasses, making him the talk of the followers.

The festival also honored producers Sadiq Al-Sabah and Jamal Sinan, who, through their companies “Al-Sabah Brothers” and “Eagle Films”, presented successful dramas that were first in the Arab world.

Nassif Zeytoun won the Excellence Award for the badge of the series “To Death”.

The founders of the “Morex d’Or” Prize, the two brothers, Dr. This city, nicknamed the Pearl of the Mediterranean and Switzerland of the East, has been subjected to many horrors, but each time it heals its wounds to bring Bahia back to life. He also confirmed in a speech in which he thought that “Tears of sorrow are mixed today with tears of joy, and we in (Murex d’Or) have taken up the challenge to continue this celebration as an act of faith in Beirut, and this deed is a rejection of death and adoption of the culture of life.Wadih Al-Safi, Zaki Nassif, Melhem Barakat locally, Emmanuel Pierre and Claudia Cardinale and others internationally … “, declaring that” the character of our celebration this year “Lebanon is with distinction, with Arab participation; drama awards are a lion’s share of it.”

It should be noted that the star Basem Mughniyeh, who won the award for best actor for his role in the series “To Death”, spoke on stage, dedicating the award to the soul of his deceased father, who ‘ t lost him several months ago, and thanks his mother, brothers and producer Jamal Sinan, who worked with him for over 10 years. However, he forgot to thank his wife, Sherine, whom he later apologized to via his official account on the social networking site “Instagram”, where he posted a photo of her and added it with a public apology, in which he said, “Sorry, my soulmate … Sorry, my love, my life partner and my inspiration … Sorry, you who made me successful.” In this life … Today, at a ceremony honoring me at the Murex D’or, I thank you very much and did not say a word to you. I was the one who prepared lines to tell you at the conclusion of the speech because you caught the conclusion. My joy is imperfect today, or rather, it is no longer fun. All because of stage alienation. You appreciate my position and your response was, “You are not getting sick, my love.” Sorry, my love, if you were not in my life, I would not be on stage today. I love you”.