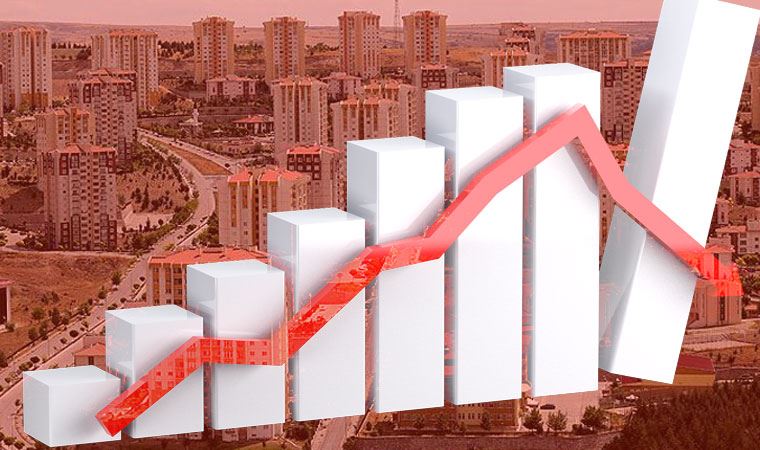 The reason for the rise in house prices in Turkey during the said period was the increase in loan growth with the low interest rate campaign. Interest rates on housing loans, which were attracted to historic depths led by public banks, increased demand and raised prices,

This situation was also reflected in IMF data. In 2020, Turkey was the first among 43 countries in growth of real housing loans with an increase of 18.1 percent. China was second with 13.4 percent, Hungary was third with 11.7 percent. The country where loan growth slowed the most was Mexico, with a decline of 7.1 percent.

THE RECORD WAS RECORDING