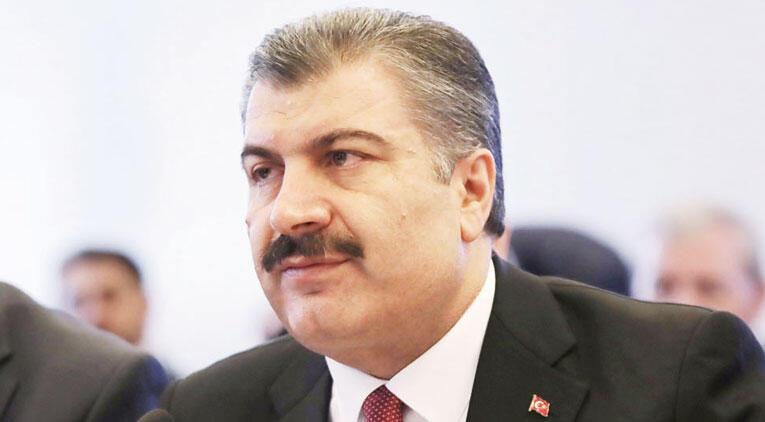 Koca said yesterday in the announcement of the Planning and Budget Committee:

Our doctor 's number is back.

Uz We strive to provide fast, high quality healthcare to more than 80 million people through more than one million medical staff. Despite this increasing trend, we are still behind in terms of doctors in international comparisons. Statistics suggest that the doctor should continue for a longer period of time. There are 186 doctors in our country, with an average of over 35,000 physicians in the OECD, with an estimated 100,000.

Even though our daily intake of salt drops to less than 12-10 grams per person, it is still twice the 5 gram recommended by the World Health Organization (WHO). To reduce this level, we have created a salt reduction road map with the food sector. We will start this at the restaurant. We will provide an Operation Certificate (ALT) to reduce the consumption of excess salt water. We are also pursuing action plans to fight behavioral addiction, but we have not paid much attention to it yet.

Today we have produced 80 boxes of 100 boxes of food consumed in our country. However, this figure remained at 46%. This indicates the need to localize high value-added products. In 2018, public medicines spending amounts to 30 billion lira. Due to the increase in psychiatric drugs, we have included these drugs and respiratory drugs in the scope of smart drugs.

We maintain the minimum number of measures necessary to protect citizens in order to prevent large-scale measles outbreaks in European countries. (There were nine cases in 2016 and 84 cases in 2017.) Immunization and root cause analysis studies continue, especially for hotel employees and foreigners working in tourist areas.

The birth certificate system and identity verification procedures are completed at the health facility where the birth takes place, and the information is sent electronically to the Population Commission, who does not arrive at the Census Bureau and provides the identity card to the pilot address. In 2019, we will have the identity sent home without the need to visit the national census team.

Nominated as an electronic triple system

The Ministry of Health Communication Center has 360 applications per day. In our analysis, we understand that a significant portion of the complaints about the person did not arise from the health worker's fault. Such an application will be solved without the need for healthcare workers to be unnecessarily uneasy. Considering that six out of every 100 people have applied to the wrong spot, citizens who will be appointed to the e-Triage System in 2019 will be moved to the right spot by asking questions about the disease in the electronic environment.