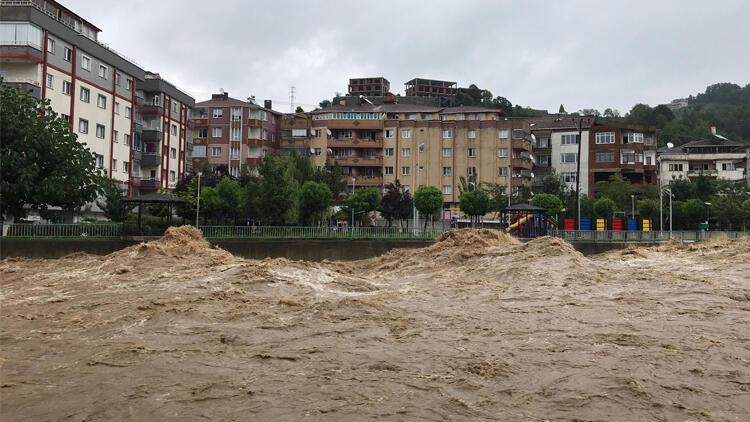 The Eastern Black Sea Region is struggling with excessive rainfall. Surface currents cause flooding because the soil is saturated with water. While many civilians were victims, CNN Turkish meteorologist adviser Prof. Dr. Orhan dieen those important statements.

And warned of rainfall in the Eastern Black Sea area for Tuesday and Wednesday. Noting that there is a risk of flooding, Şen stated that energy will disappear from the region after Wednesday.

In Rize, the risk of flooding continues in the Eastern Black Sea region. Actually it is a bit weakened, but because it rains for 3 days, the rain has become superficial because the soil absorbs moisture. The risk will continue tonight, but after tomorrow the risk will pass. People played a large part in the transformation into a disaster. It would not be possible without settlement in the countryside. Heavy rain and disasters are also occurring in Europe. It will continue this year. In August and September we will see this kind of rainfall, both in Turkey and in the world, mostly in Europe.

There is a risk of flooding

There is a possibility in the East Black Sea region. Tuesday night and Wednesday. I see a buildup of energy. Heavy showers can occur again. We will report them day by day. The risk may increase more often. Since the bottom is born in the water, it will not be able to absorb it, so it goes to the surface stream. We talk again Monday about how much water in the clouds. There’s a risk, but I hope not. That energy disappears there and then and the flood does not occur.