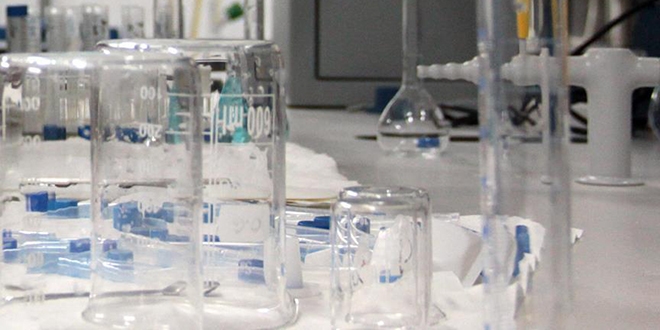 At the Institute of Nuclear Science, Ege University (EÜ), the active substance to be used in the diagnosis and treatment of pancreatic cancer has been developed.

According to the statement made by the EU, Professor of Nuclear Applications, Professor. Dr. Prof. Dr. Fatma Yurt Onaran and Head of the Department of Medical Biology, EÜ Medical Faculty. Dr. The work team led by President Day obtained anti-cancer active substance.

It was stated that the active agent, which can be used in the diagnosis and treatment of pancreatic cancer, allows the cancerous cell to die without harming other tissues.

"Does not cause a negative effect on normal tissues"

Dr. Fatma Yurt Onaran gave the following information by conveying that they synthesized a fluorescent substance which can be used in the diagnosis of pancreatic cancer in the study:

"We have developed an agent that can perform both nuclear imaging and fluorescence imaging by attaching a radioactive iodine to this material.The advantage of the dual imaging method is that a clearer image is obtained because the data from both systems are combined.This agent is specific to pancreatic cancer, It is also a photoactive feature that causes cancer cells to die because of the effect it produces when light is applied at a certain wavelength, and it is also economical to obtain a substance without any deterioration after entering the body. "

EÜ Rector Prof. Dr. Dr. Necdet Budak stated that an invention was realized worldwide, and as a university he expressed that these kinds of studies are in the financial and spiritual side.