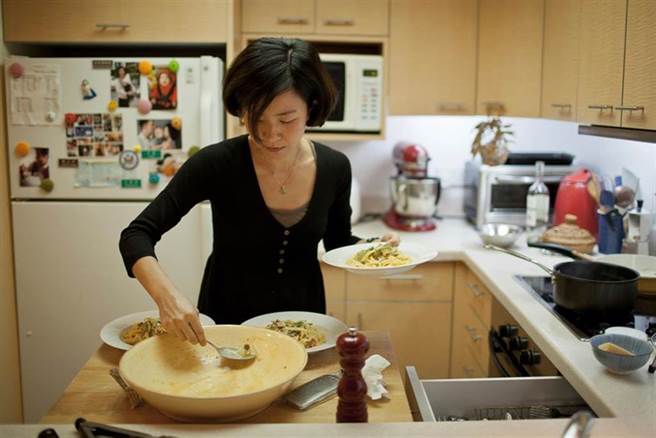 This article is based on personal subjective experience and does not imply that it is absolutely correct. It is for reference only. The only thing I can be sure of with friends on mainland China is that times have indeed changed.

Taiwanese young people on the mainland today may not have deep feelings for the motherland, but they are more integrated than the “previous generation” who traveled between the two sides of the sea in the past — this is what Taipei girls can do confirm.

“It’s getting harder and harder to build a bridge between the two sides of the sea. Taiwanese think you’re a blue camp and you’re pro-China, and some people on the mainland will ask you ‘Taiwan only.’ for more than ten years, a man admitted he hoped the two sides of the sea strait would understand and recognize each other.A Taiwanese friend who is “culturally Chinese and has a blue attitude” said privately.

Today’s “Bridge Across the Street” is different from before. Young people shoot videos on youtube, station B, and Toutiao, etc. to tell their stories about their life on the mainland and interact with netizens from the mainland.

In the past, those who dominated the media on both sides of the sea were mostly “comrades”, mainly composed of blue camps such as the Kuomintang, as well as groups such as Taiwanese businessmen and Taiwan cadres. Among them, some of the “crossroads bridges” that were once blue (at least “not green”) are harder to integrate into today’s mainland Internet, or even harder to understand this era.

Let me give you a few examples that are not necessarily appropriate, but which are similar. One is Long Yingtai, a Taiwanese author who has also been very active on the mainland in the past. From admiration to many controversies I do not need to go into details, but there are several characteristics in him: descendants from other provinces, to the mainland There is a certain sentiment in the country of the country, and previous articles often have themselves reported as “Chinese” (at least “cultural Chinese”).

At one time, the works of Long Yingtai were popular on the bookshelves of many young people in mainland China.

Douban later commented on her, “She grew up in Longyingtai, and she still lived there.” She may consider herself a “Chinese”, but the younger generation thinks she is becoming more and more of the mainland society.

Zhuang Zuyi, the former wife of the Chengdu consulate, is also a similar “cultural Chinese”. She once had a small reputation on social platforms on the mainland until she made unusual remarks “Nazis.” By setting aside her personal concerns, she is somewhat similar to Long Yingtai, and some of the previous generation ‘cultural Chinese’ in Taiwan.

In an interview with the Hong Kong media a few months ago, she mentioned her marital status: the family is blue, the descendants from other provinces, and the country on the mainland of China. In the interview, she stated that she did not agree with the mainland of the mainland, “but I have feelings for this country and this culture.”

For example, Zhuang Zuyi, Long Yingtai, and some ancient Lanying people traveled between the two sides of the sea. Their backgrounds for growth are different from those of young people on the mainland of China. They have witnessed the explosive growth of mainland China of poverty and economic growth so far. At the same time, the United States has always been the first choice in its academic career. Europe and the United States are the only ones seeking breakthroughs and finding so-called ‘international opportunities’.

For example, a somewhat older Taiwanese asked me why I want to study in Beijing? He understands the so-called “Rise of China”, but still shakes his head, “The generation I studied, the good teachers are all in the United States.”

I have met some Taiwanese businessmen and Taiwanese. They have lived and settled on the mainland for more than 20 years. They do not differ in all aspects from ordinary mainland friends. But again, some of the backbone of Taiwan that I have encountered are well trained, have traveled a long time between the two sides of the sea route and are ready to cross exchanges across the sea route.

Despite the Western model as the American experience, they firmly believed that “this is advanced” during their growth process, making them think that mainland China should work hard to learn from others, and on the other hand, they continue to ask the question. ” this is true. “is it good”.

They mingle with the mainland, and even have strong local feelings. But when it comes to the mainland of the mainland, it is still viewed from a Taiwanese (as well as western) perspective. Around 2010, this set will not be a problem.

But this is no longer possible at the moment.

As a result, they are not green camps in Taiwan, and they will even be interviewed and pro-China, but if they talk to the current young generation on the mainland of China, they will probably be questioned – your ideas are outdated.

Each generation will be limited by its own growth process, and these are exchanges across streets. The “Longyingtais” gradually stepped off the stage on both sides of the sea, and in exchanges across the street another new situation would arise.

The young generations on the mainland of China are very smart. They do not have many illusions about Taiwan and can “accept Taiwan friends who have integrated into the mainland.” But that does not mean that Taiwanese people can get a lot of recognition as long as they cry.

Compared to ten years ago, the current “cross-sea street” does not have the same heavyweight phenomenon as Lung Yingtai in the past. more and more in the media. Waning.

With the age of self-media, more young, down-to-earth, and niche “cross-sea street” communicates with a certain number of fans with their mainland on social continents on the mainland.

It is different from the generation of “Zhuang Zuyimen”. They knew from Taiwan that “there are a lot of opportunities on the other side, and that they are coming up.” I have heard that Taiwanese schoolchildren went to Beijing to study because “I want to go to internationally renowned foreign businessmen. The academic qualifications in mainland China are a good springboard.” This is completely different from the growth of the Mesozoic in Taiwan in its 40s and 50s.

Of course, the new generation of street bridges is very pragmatic and has no heavy “feelings for the family and the land of this country” or longing for roots. Different people have different opinions about the concept of mainland politics.

But what is clearer than the previous generation is that they will be dialectically looking to the West and mainland China.

They could also read Western political theory when they were in school, but when they grew up, they died in the financial tsunami and saw the greed and injustice of capital and politicians. This is what sets them apart from the previous generation.

They will also, for example, observe the government’s handling of the epidemic, which TV series or articles are “crabs”, and use these experiences as real-life events to see the pros and cons of mainland politics.

To put it bluntly, the new generation of bridges between the two sides of the ocean may not have a terrific voice on the internet (there are, after all, too many internet posts in this era), and they may not have very heavy feelings. for the motherland, but because of the times they have integrated and integrated into the mainland of the mainland.

After all, the previous generation of “bridges across the strait” still had some economic dividends in the past, and at that time there was also a gap between the mainland and Taiwan. Many of them go to the mainland, not to mention mixing at the “basic level”, or even making many mainland friends.

Most of the “New Generation Cross-Strait Bridges” come to study, or hire small workers, and use Station B to post videos part-time. They are deeply aware of the importance of ‘down-to-earth’.

If you do not understand it, you can not mix at all in this market. (Guo Xuejun / Taipei girl)

The “Cross-Strait Essay” column of China Times News.com continues the “Wang Pao” essay activity. The theme of the essay: Taiwanese see the mainland, mainlanders see Taiwan, cross-street see the world, cross-street family, new era across the street, and Chinese all over the world are welcome to contribute.

It is hoped that the author will reflect the social fabric of the two sides of the ocean, describe the knowledge of the world through the stories he has experienced, break the stereotypes, promote mutual understanding between the people on both sides of the strait, a worldwide uplifting vision, showing readers the pulse and evolving trend of the times.