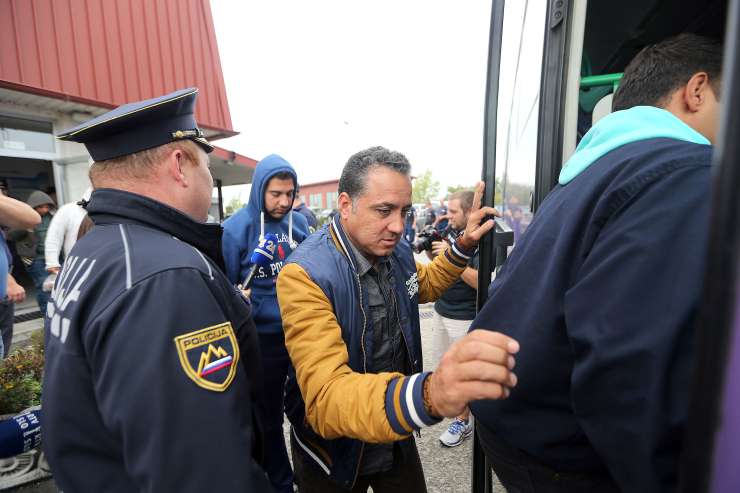 The increase in illegal migration has not increased the crime charges in the Koper and Novomoski police districts significantly. But Matej Tonin, chairman of Libya's asylum applicant, said yesterday that he was chairing the National Assembly committee for information and security surveillance and that the police committed more criminal offenses against asylum seekers.

Tonin said illegal immigration increased significantly in 2018, the press release said. Police have already captured 7962 individuals in an attempt to illegally cross the border, with Pakistan, Algeria and Morocco prevailing. They are not from a war-torn country, so we can not talk about refugees, but they are economic, political or other immigrants, he said.

About half of them went back to origin or to the police. In Croatia, about 4,000 people "got lost in the process of getting international protection," he said. Yesterday at the State Council, the police therefore warned of numerous abuses of asylum procedures because they probably continued their journey north. Tonin warned that as the asylum process proceeds, their movement is not restricted. For many immigrants, all roads disappear and Tonin emphasizes.

Yesterday the Supervisory Board investigated the implication that the number of crimes related to the increase of immigrants would increase. In the border area, police did not detect a significant increase in the number of crimes. Some of these facts are related to the fact that immigrants want to cross the border in an inconspicuous way, Tonin explained. However, the crime rate of asylum seekers in Ljubljana has increased slightly.

The chairman of the committee is particularly exposed to various theft and drug-related crimes, especially the citizens of Algeria. Police also warned that illegal migration is a big business. Police have already seized 169 organizers this year, 29 of which are Slovenians and 140 foreigners.

Police therefore increase the presence of police in areas where there is a stronger security and / or security vulnerability. In Ljubljana, such areas are surrounded by refugee homes, Trubar Street, the former Rog plant and Pub Parliament and the railway station. However, we will strive to maximize the digitization of control in the border area.

Committee members yesterday referred to systematic changes yesterday in support of proposals from parliamentary types to ensure that police cope with civil rights and maintain criminal statistics according to the status of offenders.

Committee members also discussed the asylum procedure, which, according to Tony's assessment, represents a particular risk to Slovenia. If the Balkan border is permeable and Slovenia is the first country to file an asylum application, other countries have the right to return it to Slovenia.

Tonin has also confirmed that the committee has conducted surveillance activities at the Slovenian Information and Security Agency (SIA), particularly focusing on key operational issues. Within the next few weeks, the Department of Defense police control and information and security services are planned.