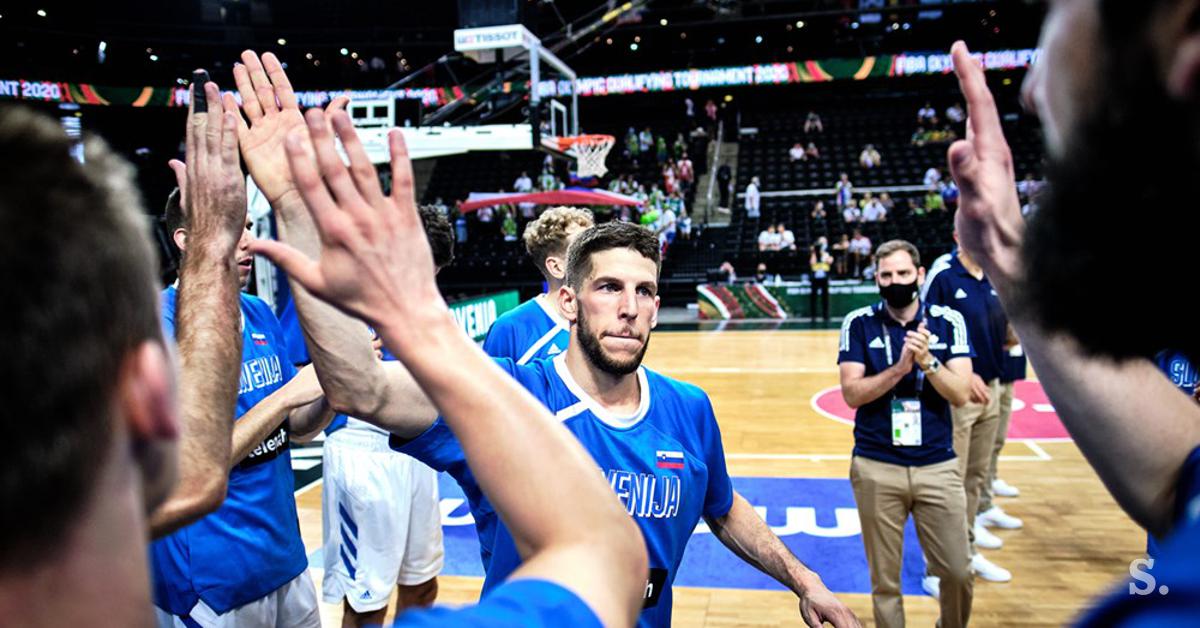 Slovenian national team player Alexei Nikolic, who will play his first match at the Olympic Games with the Slovenian national team on Monday, is a new member of the Spanish San Pablo Burgos. The 26-year-old basketball player defended the colors of BCM Gravelines-Dunkirk last season, averaging 11.1 points, 4.6 assists and 3.4 rebounds per game in the French Championship. Before that he played for Partizan and Brose Bamberg, among others.

Burgos were previously reinforced by Marc Garcia, Suleiman Braimoh, Dani Diez, and Tire McGee. The Spanish team will play in the Champions League next season.

Hungarian national team player Adam Hanga signed a contract with Real Madrid this week. Hanga averaged 4.6 points, 2.2 rebounds and 1.7 assists per game last season in the Barcelona Euroleague jersey. Before coming to Barcelona, ​​he also played for Albacomp, Manresa and Baskonia. Even for the Hungarian basketball player, the Frenchman moved this summer from Barcelona to Real Madrid Thomas Heurtel,

The Helios Suns jersey will be worn by Leon Šantelj for the third time in his career. The basketball player, who can play in the wing center and center positions, will play between the Helios Suns again after the 2014-2016 and 2019-2020 seasons. He started last season in the Czech Republic with Olomouck from Prostejov, and continued with Rogaška, for which he averaged 8.8 points and 5.8 rebounds per game in the 1st SKL.

At the beginning of the week, the Slovenian runner-up Krka extended his collaboration with Rok Stipčević, and now the Dolenjska team has been strengthened with the occasional Slovenian representative Yuri Macuro, The 21-year-old winger was a member of Spanish Baskonia until this season, where he never played for the first team. In addition, he also played as a loan player for Mego, Koper Primorska and FMP.


“I’m glad we agreed with Krka to work with. I’m hungry for matches and proof. But I believe I, like the whole team, can not wait until the season starts. I believe we will have strong support “from the stands of our supporters and fans. We will do our best to justify the trust,” Macura said at the signing of the contract.

An American no longer for the Italian champion

Vince Hunter he is no longer a member of Virtus after the Italian club broke his contract with the American basketball player due to a positive test for illegal stimulants. The player was diagnosed with THC in his blood in the fourth match of the Italian League final a few weeks ago. “Vince Hunter is no longer a member of our club for violating the anti-doping sports code. Due to the violation, we have decided to terminate the contract,” the Italian club said in a press release.

Rumors that Kokoškov is at the front door of Dallas are getting louder. “Igor Kokoškov and Dallas are about to reach a partnership agreement,” the NY Times reported, among other things. The Serbian strategist led the Phoenix Suns in the 2018/19 season, and he worked as an assistant coach at the LA Clippers, Sacramento, Cleveland and Orlando. Last season he led Turkish Fenerbahce, and in the qualifiers for the Olympic Games he was without a performance in Tokyo with Serbia.

The case has already been reported to Igor Kokoškov’s employer, Fenerbahče. “Our priority in this process is to protect the interests of the club. We want to sign everything here. Our club is assessing the current situation and we will clarify everything shortly,” the Fenerbahce board member wrote in a press release. Sertac Komsuoglu,

A young Lithuanian to Barcelona

Strengthening in the ranks of Slovenian champions

He will play in the Cedevita Olimpija jersey in the 2021/22 league season Jackie Carmichael, who successfully performed at Igokea last season. Before the start of the 2019/20 season, he moved to French side JL Bourg, where he stayed one season and then joined Igokea before the start of the previous season. For the Laktasi team, which managed to reach the semi-finals of the ABA League, he averaged 8.4 points, 3.8 rebounds, 1.6 assists, 0.9 steals and 0.4 blocks per game. in 24 matches. Along with Igokea, Carmichael also played in the Champions League, scoring 11.1 points, 3.9 rebounds and 2.2 assists per game.

Under both rings we will be better and stronger for next season @ Jackie_Car32, who moved from Laktaši to Ljubljana.

More information at the link below. #ZmajevoSrce

“I’m excited to join Cedevita Olimpija. I saw the Ljubljana club last season and saw the coach put together a great team. I’m happy to be part of the club’s culture. I always remember the weight of wearing the club jersey. who plays at such a high level. I work hard and get ready for the new season. I look forward to the day I will meet my teammates and fans and I hope they can join us in the matches. I’m ready to take a step forward. I want to win the EuroCup title and take the team with the team to the Euroleague. We have the chance to do that. “I can not wait to go to Ljubljana and learn everything. I want to thank all the members of the professional staff and the club management for their trust, because they changed my life,” he said. Contracts said the new basketball player from Olympia.

Panathinaikos strengthen the American for the new season Jehyve Floyd, Last season he defended the colors of Israeli Hapoel Gilbo Galil, for whom he averaged 11.4 points, 7.6 rebounds, 1.8 assists and 1.7 blocks per game.


“I am happy to continue working with Krka. I am happy to be back. I have received many offers from other clubs. But Krka, I mean President Andraž Šuštarič and Sports Director Jure Balažić, has shown a lot of professionalism and responsibility. “I believe that a good and successful season lies ahead for us, so that we can at least repeat last season’s successes. I’m sure coach Dalibor Damjanović will show his quality in the national team season.” I look forward to out to see you again in Novo mesto. “Above all, I look forward to the support of fans and supporters of the club in the hall,” said the Croatian basketball player at the signing of the new contract.

What happened last week at the basketball market?

Great reinforcement of the Red Star, Antetokounmpo to France

Elon Musk and Grimes divorced after three years together

The shock therapy of NK Maribor was a success, a sensation in Copper

Infectologist Tomažič: The vaccine better protects against the transmission of infection than morbidity