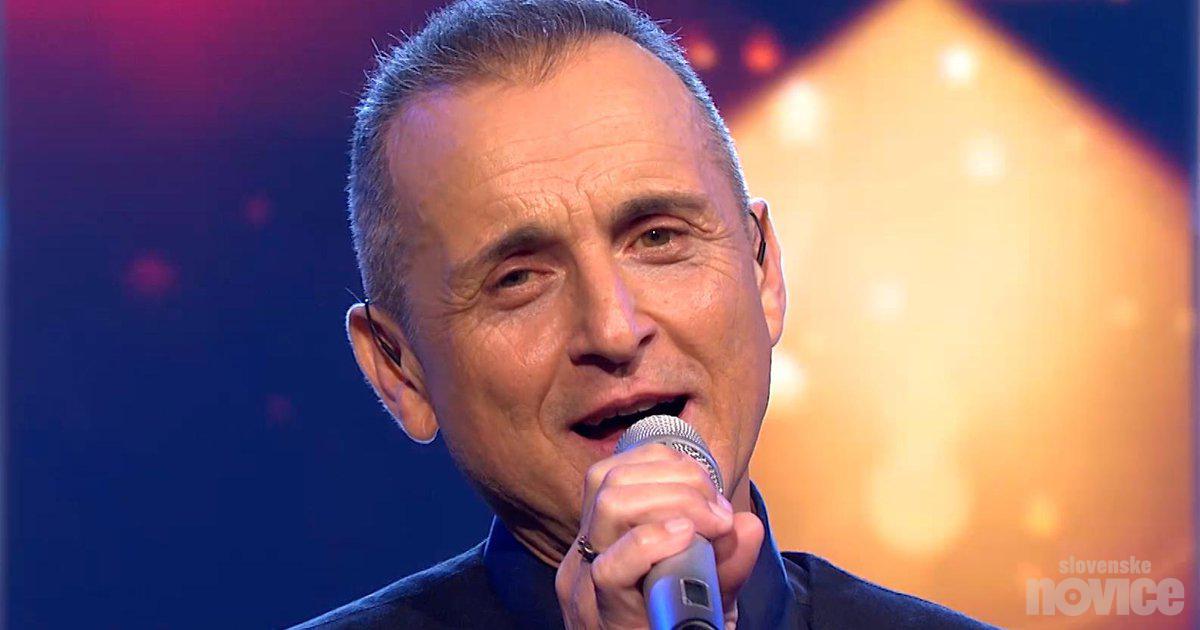 That yesterday morning, when everyone, especially many musicians, was shocked by the news that he was leaving at the age of 55 after a serious illness Jože Skubic, written by his son on his facebook profile Jan. He is also a musician, a member of the Ensemble Nalet, who apparently inherited musical genes from his father.

He last did so in the spring

Jože Skubic of Udja pri Grosupljem was the singer and leader of the legendary ensemble Slapovi, which ceased to function on its 15th anniversary in 2007. Since then, Jože has not appeared much in public, although many wanted him to sing with his song. another song for the music treasure trove. However, he also attended a concert here and there as a guest.

It’s the last one Blaž Švab In the spring of this year he sang the legendary Ne reci nikadar, the evergreen hit Slapov, which many other ensembles and groups like to perform, in the music and entertainment program V petek večer on Televizija Slovenija together with Eros and it Mandolin Orchestra and accompanied by the house band Diamanti.

“I never said I would completely stop singing, but I really did not feel the need to appear in public. Now that I am here, however, I have seen that a man can get a performance in a few minutes, and even after so many years, you fall in quickly. Of course it’s different, “said Skubic, who would turn 55 on February 2 next year, before appearing on the show in March this year.

Jože had one of the best songs for me personally, and as the leader of Slapov he did a lot for the popularity of folk music among young people.

He was married to Marjetko, otherwise one of the three daughters of an equally famous, popular and also deceased accordionist Franca Flereta, another of his daughters Irena however, she married s Tomaž Svetlin, one of the three Svetlin brothers, known as the Svetlin Ensemble. In addition to the already mentioned son Jan, a daughter was born to Jože and Marjetka in the marriage Rina. Jože was a lawyer by profession, working all these years at Slovenske železnice.

The songs are, so to speak, nationalized

He was best known to the general public as the leader and singer of the Waterfalls, who took his name from the waterfalls of the Dolenjska River Krka. Their first album was released on cassette and CD entitled Never Say Never – Festival Successes 1992-1994. In just these two years, they have won more than 20 festival wins and have been nominated for the Golden Rooster. This album became the best-selling domestic music album since 1991.

For this success and extraordinary sales of other sound carriers, the parent company Helidon has awarded them several gold and silver and a diamond record – in Slovenia only the Avsenik Brothers Ensemble and the Lojze Slak Ensemble received the latter among domestic music artists.

When Slapovi decided to end her musical journey, RTV Slovenia also made a farewell television appearance and recorded her performance in March 2007. A year earlier, she released her latest CD, which included exclusive folk songs, and named it Najlepše je at home; they gather 10 regiments and waltzes that brought their way to the hearts of the people.

Jože was also appreciated by many musicians who say goodbye to him on social networks. Eros, with whom he sang for the last time on Friday night, wrote: “We are shocked. You have left too soon, dear Jože Skubic, but your voice will remain forever in many songs, many of which have become almost national. . “

Alexander Mrvich, the editor of the Narodnjak portal, wrote: “Jože had for me personally one of the best vocals, and as the leader of Slapov he did a lot for the popularity of folk music among young people.” Modrijani are also shocked: “We are speechless. Jože left an extraordinary mark in domestic music with his voice and personality.” She wrote that she was speechless in the news of Jože’s death. Anita Kadenšek, the singer of Happy Weddings, who was also a guest on the show on Friday: “The last time we were together in this show, where we spoke a few words. Now I’m completely speechless. You voice will be eternal … rest in peace, ”she wrote.