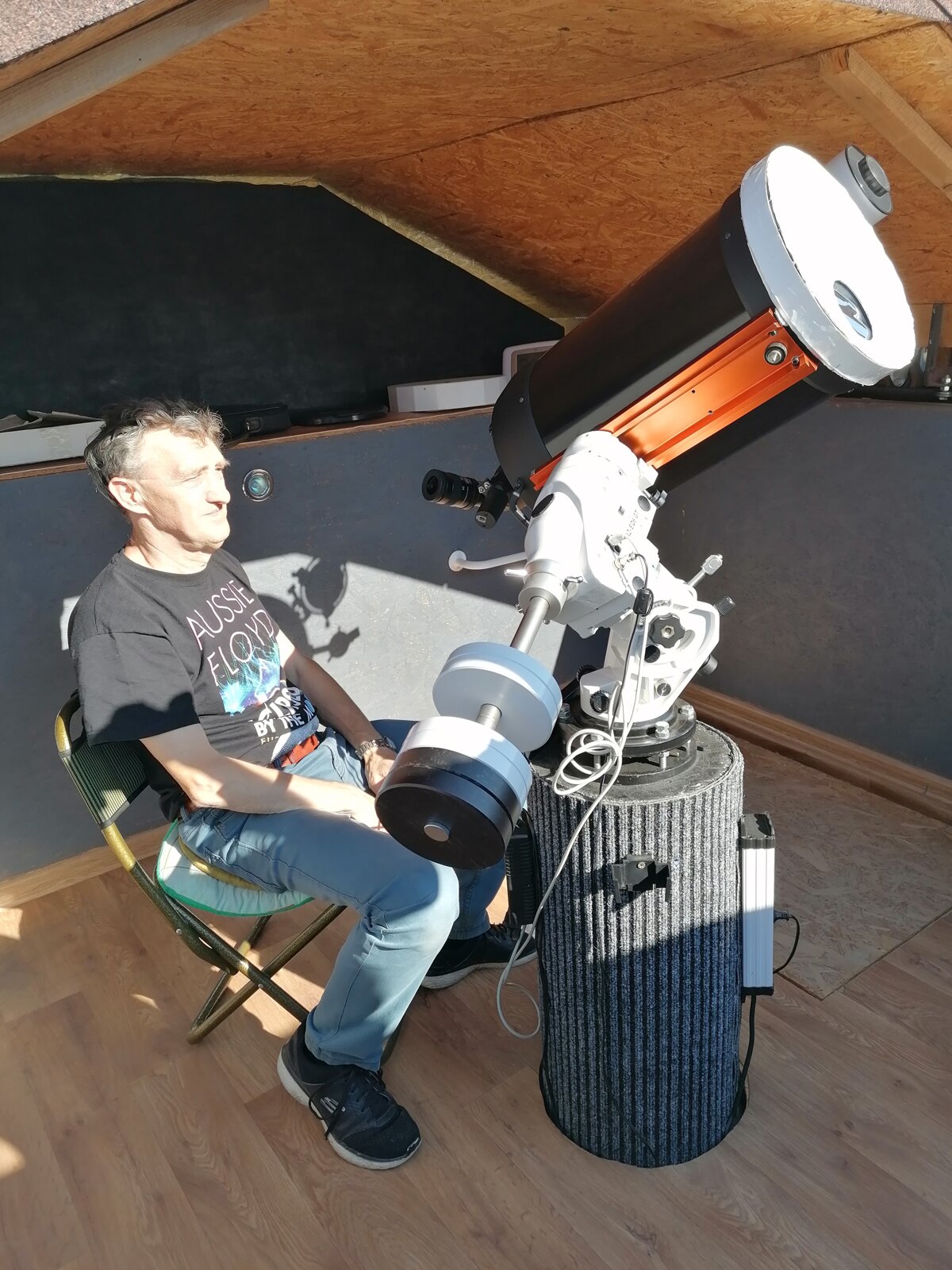 The astronomer of Nové Zámky has more than 300 discoveries of mortal bodies on his account.

NEW LOCKS. Nové Zámky also has its own planet in the air. Local amateur astronomer Štefan Kürti took care of it. Thanks to him, they named the planet after an important personality, who was Anton Srholec.

The article continues below the video ad

The decision was made by the International Astronomical Union (IAU) on 20 September. Štefan Kürti participated in the discovery in collaboration with his colleague Krisztián Sárneczky from Hungary. The first observations were made in 2011 by the observatory of the University of Szeged in Piszkéstető.

“By giving name I wanted to pay tribute to Anton Srholc. He himself had problems, the regime punished him, but he has not given up yet and helped others in his whole life,” Kürti said.

The asteroid Swarm revolves around the sun in the so-called main asteroid belt between the orbits of Mars and Jupiter. The sun rotates around 5.18 years and its diameter is about two kilometers.

The asteroid Srholec has joined another 22,763 named asteroids out of a total of more than 1.15 million small bodies of the solar system to date.

The names are also related to Slovakia

The name, proposed by Kürti, was approved by the IAU Small Body Nomenclature Working Group and published in the bulletin along with 36 other names. Srholec thus joins 22,763 named asteroids out of a total of more than 1.15 million small bodies of the solar system discovered so far.

More than 100 asteroids bear names related to Slovakia. Asteroids Slovakia, Tatry, Modra, Štúr, Kriváň, Kukučín, Satinský, Murgaš, Rúfus, Dobšinský, Podjavorinská, Nové Zámky, Demitra and Žbirka revolve around the sun in the solar system. Some of them are thanks to the discoveries of Štefan Kürti.

Štefan Kürti told us about how he got into his hobby, how such a discovery takes place after naming the discoveries..

How does your astronomy meet?

I have been interested in astronomy since childhood. I wanted to study it too, but in the end I failed. At the age of 15, I had a frog. I wanted to discover the sky, but I lived 25 kilometers from Bratislava, but there were no conditions for the discovery of comets. As time went on, my wish went away. I started a family and that brought other priorities.

I have been interested in astronomy since childhood. I wanted to study it too, but in the end I failed. At the age of 15, I bought my first binoculars. I wanted to discover comets, but I lived 25 kilometers from Bratislava, but there were no suitable conditions. As time went on, my wish went away. I started a family and that brought other priorities.

In 2005 I bought a new binoculars and started observing. Even then, there were many sources on the internet about astronomy. I wrote there that American astronomy encourages people to help them observe planets on Earth. These are objects that approach the earth. So I signed up.

How did such an observation go?

Professionals take all-night photos of the air. Because they were unable to view the images themselves, they posted them on the Internet and volunteered to search for planets.

Perhaps hundreds of people from all over the world have been involved. After a month I found the first planet. After two months, I discovered another.

In an interview with Štefan Kürti you will also learn: