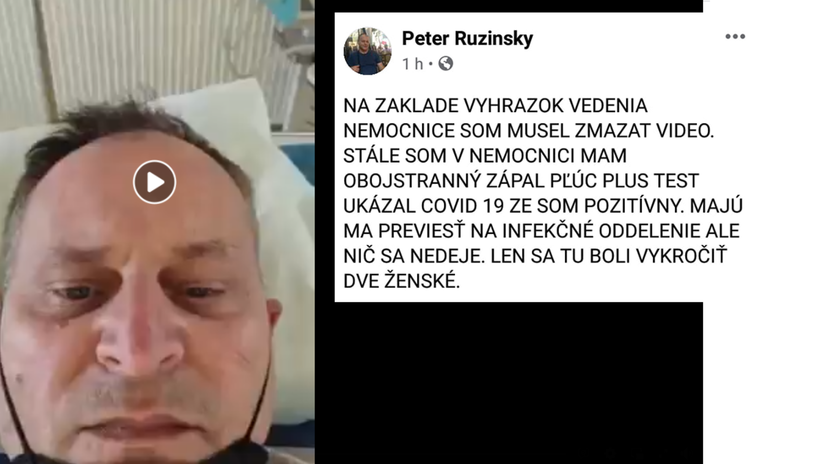 Police point to a disseminating video in which a man who is in the hospital with a positive covid test and pneumonia is abused by the public.

He claims that he is in the covid department in Kramáry, which according to the recordings in the video is empty. The police point to hoaxes and scams – the Slovak Republic Police on the social network to the video, which has already removed the user from his profile, but remains scattered.

The hospital in Kramáry, which was approached by the police, has already responded to the video. She found out that the man was not in the covid of the ward at the time the video was made, but in the isolation rooms of the Central Reception Department. He is currently in the covid ward, where there are 55 patients, 80 percent of whom are unvaccinated.

The University Hospital in Bratislava regrets the similar relief of the situation and the introduction of the public that the hospitals are empty. According to her, similar statements do not necessarily describe the real situation in the hospital.