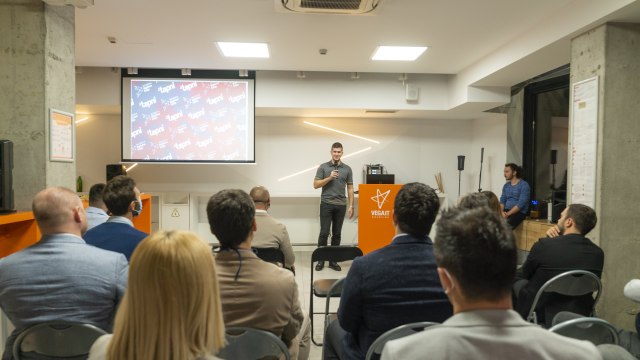 The initiative “Digital Serbia” has announced that the business entities raised by this non-profit organization will be the first to make a series of future investments.

Through it, in addition to the financial investment of 200,000 euros, the founders of the domestic start Tapni are provided with very active mentoring support, access to their network of contacts and rich experience gained in the world market.

The founders of this startup announced that they will use this support to strengthen the team and enter new markets, but also that, as part of the agreement, they will move the company from their start-up from Austria to Serbia.

“We have gathered a group of people in which there are no professional investors, but successful business people in the field of digital economy who want to support start-up teams at their inception, give them the wind in their sails when they need it most. and means so-called ‘smart money.’ means that the money we invest will bring a much greater value in the form of our willingness to share our knowledge and open up the broad network of contacts we make over the course of have built on the world market over the years. thus accelerating its growth, “says one of the investors Saa Popovi, member of the board of directors of the” Digital Serbia “Initiative and co-founder of the Novi Sad company Vega IT, which hosted the event where the investment was presented.

Startup Tapni was created with the goal of changing the way people die forever and removing paper business cards almost completely from use. By attaching each smartphone to the user’s Tap card, pendant or sticker – its contact information and social network profiles automatically appear on the device screen.

Networking becomes simple and fast because it does not require physical card exchange or the installation of all applications on the device that download contacts, the statement said.

With more than 200,000 downloads and 140,000 active users of the application from 30 countries around the world, Tapni has already achieved great triple success in Germany, Austria and South America. The founders of this startup, Mihajlo Nikodijevi, Milo Zeevi and Aleksandar Nikodijevi, believe that this investment will be a very important step in their further development.

“This investment means a lot to us, not only because of the development of our start-up, but also because of the opportunity for some of us to return from Belgrade to Serbia and do what they love at home with the very active support. of some of the most successful people in the ecosystem.We like to focus on the product and often forget the whole business aspect of startups, and now through this investment we have provided a direct involvement of highly experienced business people who have we have worked – and for the investment – to show how much they care about our success. “I am pleased with the support we have received from the ‘Digital Serbia’ Initiative and from all investors who have the potential and motivation recognized, “says Mihajlo Nikodijevi, adding that he will use this investment to strengthen his team and aggressive actions in new markets.

He believes this will leave her much more room to focus on further product development that will bring Tapni far ahead of the competition.

Developing a culture of investing in startups

“Such investments are extremely important for the domestic start-up ecosystem, because they help to solve one of the biggest problems we have in Serbia, and that is the lack of funds for early financing. We decided if it ‘ Digital Serbia ‘Initiative to be the first to solve this problem.By this group of business angels.With this movement we want to not only support one start-up, but also launch a series of new investments by setting an example for others who “have now opted for traditional forms of investment, such as saving or buying real estate. to achieve worldwide success and that their founders in a few years’ time will have the opportunity to be even business angels,” says Neboja Bjelotomi, a leading investor in the group of business angels investing in Tapna.

In addition to Popovi and Bjelotomi, among the business angels who have united around this investment is Milovan Mili, founded by the director of Devtech, who, together with Bjelotomi, will be the most active in providing direct support to ‘ the founders of startup Tapni. Other forms of support that Tapni will realize in the coming period through this investment were presented at yesterday’s event, such as the support of legal, financial and tax advisers in collaboration with the “Serbia Innovates” project.

In the coming period, the Digital Serbia Initiative will continue to actively collaborate with potential investors and connect them with promising startups looking for investment. Among the priority areas of work of this organization remains the support of the development of technological startups through a number of independent initiatives and collaborative projects, but also the chairmanship of the Working Group that will shortly present the first national strategy for start-up ecosystem development.