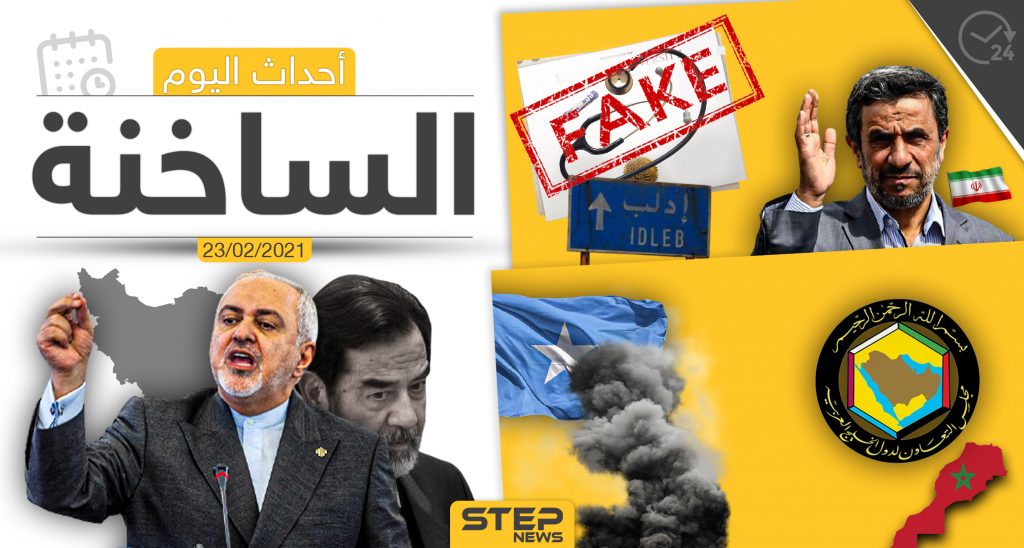 In the last hours, the world has witnessed rapid events, both at Arab and international level, and the most important news of the day was:

–Today, Tuesday, the Directorate of Health in the city of Idlib, northwestern Syria, issued a circular against several people practicing medical professions with false certificates and documents, confirming their dismissal and revoking the work licenses granted to them.

–Step News Agency received a special copy of the circular, which the Health Directorate addressed to all hospitals and health institutions, which showed that several people were working in the field of medicines with forged documents, following a process of checking documents and the certificate.

–And from what was stated in the circular, that the Directorate announced 5 decisions, the first of which is to withdraw the decision of the license to practice a health profession given to Mr Omar Adel Wahiba, in a pharmacy capacity, after it has been proven that official documents are false.

– I quoted the decision issued by the Turkish Red Crescent, which states: “The expenditure of the financial increase is correct, but the increase is a regular increase that the Red Crescent provides every two months to all beneficiaries of it (SWI ) program, if the family receiving a monthly sum of 600 Turkish lira will receive Next month, in the amount of 900 lira, that is, a family of 5 people will receive an amount of 300 Turkish lira (an increase) in addition to the original amount. “

–The correspondent of STEP News Agency said that the Iranian-backed Hezbollah militia began the establishment of the first Husseiniya in the city of Sokhna in the eastern countryside of Homs.

–The correspondent “Step News” in the region stated that the purpose of the establishment of Husseinieh is to hold rituals for the Shiite component which falls under the flag of ‘Fatemiyoun’ and ‘Hezbollah’ militia in the region, and to hold seminars and dialogues,

Today’s news in the Arab world 👇👇

–Today, Tuesday, the Secretary General of the Gulf Cooperation Council, Nayef Al-Hajraf, explained the Council’s position on the issue of the Moroccan Sahara, and the actions of the Ansar Allah group “Houthis” in Yemen.

–According to a statement issued by “STEP” in a copy, the meeting addresses the path of the strategic partnership that has existed since the Kingdom of Morocco and the Arab Gulf Cooperation Council since 2011.

–The news that a number of Lebanese parliamentarians and other staff members have received the Corona vaccine caused a sensation in the country, after accounts circulated on social media sites that they were not properly registered on the vaccination plans, and some of them did not comply the required priority conditions.

–Today, Tuesday, Lebanese media platforms reported that a number of parliamentarians had received the vaccine against the law, by decision of parliamentary speaker Nabih Berri.

–While other sources report, today only 17 MPs were in addition to 23 staff in the House of Representatives who are over 75 years old and suffering from chronic diseases.

–Iraqi media reported that ISIS carried out a surprise attack on an Iraqi troop base north of the Iraqi capital, Baghdad.

–The same source reported that cells affiliated with ISIS had attacked a post of Iraqi troops in the Tarmiyah district, north of Baghdad, and the clashes continued until this morning.

–The head of the Iraqi Popular Military Authority, Faleh al-Fayyad, had arrived in the same area yesterday, saying various types of support would be provided to the Tarmiyah regiment in the crowd to fight ISIS.

–Today, Tuesday, Somali police announced that they had stopped a terrorist attack on a police station in central Mogadishu.

–This came after a suicide bombing in the center of the capital, Mogadishu, targeted a police station, with no news on the number of injuries there.

–The Somali capital is witnessing frequent bombings by extremist organizations in the country, while the government is facing major challenges to eliminate them.

Today’s news in the world 👇👇

–Tensions escalated between Ankara and Greece on Tuesday, after four Greek F-16 fighters approached a Turkish research ship in the northern Mediterranean.

–On Thursday, Greece informed Ankara of its protest against the sending of a research ship to the Aegean Sea, describing it as an “unnecessary” movement, at a time when the two countries in NATO are trying to resume talks on a long-standing maritime skeel.

–Today, Tuesday, the Turkish Ministry of Defense announced that it was responding immediately to the incident of “harassment” by Greek fighters of the Turkish research ship in international waters in the Aegean Sea.

–In response to a question about the possibility of an Iranian-Israeli dialogue, he said: “Let the Palestinian people get their rights first, and then all situations in the region will change.”

–Iranian Foreign Minister Muhammad Javad Zarif, speaking at the International Conference on International Legal Claims for the Holy Defense, spoke on Tuesday about the war of former Iraqi President Saddam Hussein against his country, and accused him of using chemical weapons during the war.

–During his speech, Zarif made several accusations against the former Iraqi regime, saying, “Iraq was deliberately targeting civilian places in Iran during the war, and Saddam Hussein’s regime used chemical weapons against the Iranian and Iraqi people.”

This is the most prominent news of the day that the Arab world and the world witness, and the Step News Agency was able to document it, while more details can be followed via the site and the rest of our platforms on social networking sites.