“Jamal Al-Harem” is involved in a sensitive case 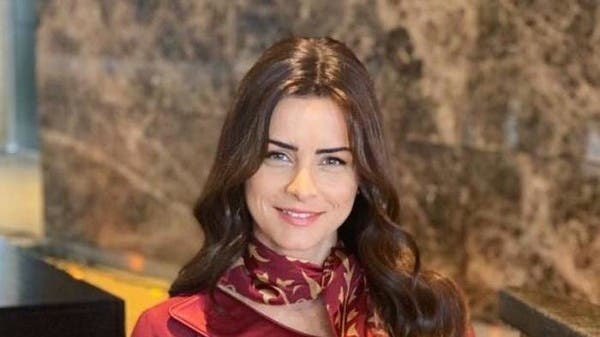 The Lebanese actress Nour continues her successful roles with her new series “The Beauty of the Harem”, which caused a great deal of controversy as soon as it was shown, and she participates in it with Khaled Selim and Dina Fouad, and with this work she carries out a new absolute heroism of its kind, and the work takes place in a framework of horror surrounding controversy and sorcery and the world of jinn and gobl. The work challenges Nour himself in all respects.

In her interview with Al-Arabiya.net, Nour talked about the series, her relationship with the jinn and magic, the controversy that arose, the truth of her encounter with occupied people from the jinn, and the reactions. She also talked about her new job and returning to work with star Yasser Jalal in a new Ramadan series, and also revealed the fate of her series. With star Amir Karara.

* How did you choose the series “The Beauty of the Harem” and what encouraged you to accept it?

** I was looking for a new job that would present a different idea, even if it was not traditional, and I was excited to go to an adventure job. I was presented with the series “Jamal Al Harem” and I was very excited about it, especially because it is a great work and has a group of stars, including the talented Salah Abdullah and directed by Manal Al Saifi .. I accepted The role as soon as I know the general idea is to tackle the idea of ​​touch and the jinn.

* Have you met any real cases of jinn before you started filming?

** No, I did not do that, but my main dependence was on the script, so I wanted to sit down with the script and talk to her about everything I needed, and I did not have to face tangible cases of jinn. , or reading books because I relied on the stories I heard Before and after more than one session I found that I did not have to see any real cases and that the scenario was comprehensive, complete and full of details of the work.

Afesh series “The Beauty of the Harem” with Khaled Selim

* What is the story you relied on in preparing the character for real stories I heard about the jinn .. Does this mean that you are interested in the world of jinn and demons?

** We all heard in our childhood about stories about the jinn and the occupied people, and some of the suffering that appears on people due to circumstances like this, and I brought it up in my imagination when I was actually preparing, and what as far as my personal belief is concerned, I absolutely do not like this world and hate everything connected to it, and I believe Most of those who claim to be possessed by the jinn are delusional and should go to a psychiatrist and see adhere to religion.

* Do you have difficulty characterizing a character who is dealing with drama for the first time?

** As a preparation, things were very good, but when implemented, the psychological aspect was the most and this consumed me completely, and at the level of action it was not easy, which exhausted me, especially because I presented two characters, namely ” Nour “and” Safia “.

2 photos
From the series “The beauty of the harem”

From the series “The beauty of the harem”

* It was said that there were scenes in the series that she was afraid to portray and refused to film?

** Just the opposite, I did not refuse to shoot a scene from the beginning and read the script. I was enthusiastic about each scene to work on, and I sat down with the director to find out the details. Thank God, the effort and effort I put into the work I found after the series was shown and people praised.

How did you see the reactions to work and personality?

** I’m very happy with the reactions I got at work, and a large number of the audience sent me on social networking sites to tell me that my character was good and performed wonderfully, and after each episode I follow the comments, and I think the series has taken a turn for the worse on social media sites, and this confirms that the message The Work reached the audience.

* The work was filmed in light of the spread of the Corona virus, so how was this problem overcome?

** We took all the precautions into account and everyone was committed to the precautions and the use of sterilizers, and everyone wore masks behind the camera, and the manufacturing company provided us with all the safety, and the Ministry of Health kindly left a doctor with us in the presence to monitor the health status of all staff present.

* Do you want to show your dramas during Ramadan?

** Every artist likes this, because of the great success achieved by the works in the most important season of the year, but “the beauty of the harem” made me see the meaning of success outside of the Ramadan race, and assured me that a good and complete work with all its elements will prove his success and will put him on the stage at any moment.

* What about the details of your participation in the upcoming Ramadan season?

** I will be attending the upcoming Ramadan season with artist Yasser Jalal in the series “The Ragel”, which includes the role of a doctor in a hospital, and we have already started filming the work , and I hope it affects the audience.

* How do you feel about working with artist Yasser Jalal for the second time?

** Yasser Jalal is a wonderful and talented artist, and working with him is very interesting, and the atmosphere of the location with him is beautiful and full of laughter and love, and this appears to the artists through the works in which they work with him are, so they are all good.

* You are also present with the artist Amir Karara in the series “Omar Al-Naji” .. What about the details?

** Yes, a series consisting of 8 episodes and presented on one of the electronic platforms, but it is currently stopped due to our obsession with a group of other artistic works, and it is planned that we will return to the Ramadan season, and we do not know if there are scenes that are removed from it or not, especially since there are episodes that are depicted outside of Egypt we do not know the conditions in light of the presence of the Corona virus.

A strong tremor .. the Turkish lira loses half of its profits