the mystery of the mysterious space radioflares finally revealed 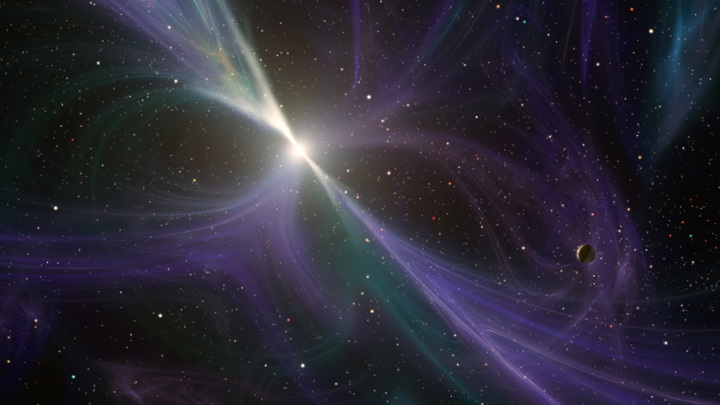 Astronomers have long been haunted by the mystery of the birth of fast-moving radio bursts – short and clear bursts of radio emission that appear somewhere in space and have an obscure nature. Now scientists have finally discovered their source. It is particularly gratifying that Russian experts have made an important contribution to this.

The achievement is described in two scientific articles published in the journal Nature Astronomy. The first of these was written by Russian scientists with the participation of one researcher from the United States. The second belongs to the pen of Chinese astronomers.

Fast radio bursts (FRBs) are short (lasting several milliseconds) and light bursts of radio emission. They were first discovered in 2007 and have been observed about a hundred times since then. But the nature of these outbreaks remained a mystery, although there were many hypotheses.

Back in 2007, Konstantin Postnov and Sergei Popov of the PK Sterberg Astronomical Institute of the Lomonosov Moscow State University presented an interesting hypothesis. They suggested that magnetars are the source of FRB. These are neutron stars with a colossal magnetic field: 1013–1014 Gaussian. For comparison, the Earth’s magnetic field has a magnetic induction of less than one gauss.

In fact, magnetars are rare birds: only about thirty of them are known in the very large galaxy. 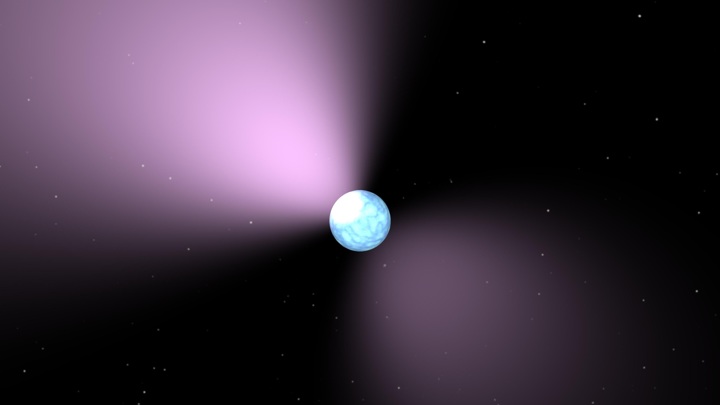 On 18 April 2020, radio telescopes recorded for the first time FRB, born in the Milky Way (FRB 200428, as it was designated). Astronomers identified the celestial body that emitted this radio pulse, and it turned out that the magnetar was SGR 1935 + 2154. This became a milestone in the history of the study of rapid radio bursts. One of the most respected scientific journals in the world – Science – included this discovery in the list of the most important scientific breakthroughs of 2020.

However, certain scientists still had some doubts that the source of the radio pulse was determined correctly. Now they are gone. All thanks to the observations of the magnetar SGR 1935 + 2154 in X-rays and gamma rays.

Just in April 2020, this celestial body showed a particularly violent activity. X-ray and gamma-ray flashes follow one another. Another such event occurred on April 28, coinciding with the rapid radio burst FRB 200428. The X-ray pulse pattern repeated the radio burst precisely: two millisecond peaks separated by an interval of 30 milliseconds. There is no doubt that the source of the X-rayflare was precisely SGR 1935 + 2154: the coordinates were determined even more accurately than in the radio range.

Two simultaneous and exactly the same flashes in radio waves, X-rays and gamma rays can not be a coincidence. Undoubtedly, they were generated by the same event on the magnetar SGR 1935 + 2154.

Note that FRB 200428 was the first rapid radio burst in a range other than radio waves.

X-ray and gamma-ray observations were made simultaneously by several telescopes in orbit. These are the Russian instrument “Cone” on board the American Wind Observatory, as well as telescopes Integral (European Space Agency), Agile (Italy) and Insight-HXMT (China).

In fact, the torch that accompanied the radio burst FRB 200428 was not at all similar to the ordinary X-ray torches of the magnetar. Apparently, in order to be born a rapid radio burst, something special must happen to the neutron star. This explains why such events have not been recorded in our galaxy for so long.

‘The simultaneous detection of a burst from a galactic magnetar, which is quite similar to a rapid radio burst FRB, in the radio and X-ray / gamma range of the spectrum is the strongest argument in favor of’ and magnetic hypothesis [происхождения быстрых радиовсплесков], and let’s also say that at least a significant proportion of rapid bursts are generated by powerful torches of extragalactic magnetars “, – concludes the co-author of the scientific article Sergei Popov.

Let’s clarify that astronomers call galactic objects in the Galaxy (that is, in the Milky Way), and extra-galactic – lie outside it.

Let us pay attention to the scientist’s caution: he does not say “all fast radio bursts”, but “at least a significant fraction of fast radio bursts”. Astronomers have long known that phenomena that are very similar from the point of view of an observer sometimes have very different natures. It can therefore not be ruled out that magnetars generate only a part of the FRB, while the rest of the torches are generated by something else.

In fact, biting experts have one more reason to doubt: the total energy released during the FRB 200428 radio burst is ten times less than that of radio bursts observed in other galaxies. However, scientists have a hypothesis that explains this fact gracefully. They assume that radio bursts come in very different strengths. Weak bursts occur more frequently, but, of course, only the strongest are visible at intergalactic distances. That there is nothing surprising in the fact that the first FRB discovered in the Milky Way was weak (they occur more frequently), while in other galaxies only strong are observed (we just can not see the rest from such a distance) .

“Now, theorists need to understand what the mechanism of FRB prevention is in detail. And observers continue to observe in the hope of finding new clues to better understand the mystery of rapid radio bursts,” Popov notes.

In fact, rather News.Ru talked about how more than 70 FRBs discovered artificial intelligence.