The coach who accused Panarin of defeating the girl explained his position: Winter sports: Sports: Lenta.ru 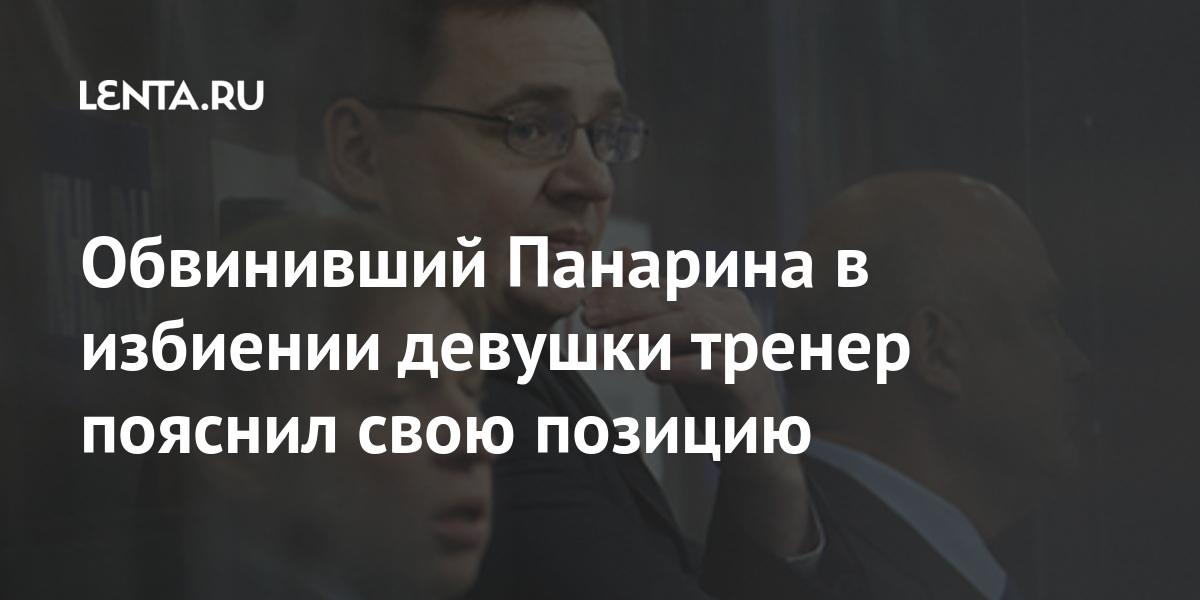 Former Vityaz coach Andrei Nazarov, who accused the former striker of the Moscow club, and now the striker of the National Hockey League (NHL) New York Rangers, Artemy Panarin, of beating an 18-year-old girl , explained his position. His words are quoted by RIA Novosti.

Nazarov said he was 100 percent sure of the truth of the information. He added that there are several dozen witnesses, including active hockey players, managers of the Continental Hockey League (KHL), who can confirm his words. “These guys are unforgiving, they will not be silent two kopecks,” said the specialist.

The coach apologized to the injured girl and her father for Panarin’s action, and also demanded a response from the hockey player. “If you want to tell the truth in life, then, come on, burn on, do not be silent. I have sketched out my civil position because I am ashamed of that girl’s father,” he summed up.

On February 20, Nazarov, in an interview with Komsomolskaya Pravda, accused the hockey player of hitting a girl. He stated that the incident took place in one of the bars in Riga in 2011. Latvian journalists contacted the hotel in the bar where Panarin allegedly attacked an 18-year-old visitor, and learned that there was no incident. indicated by the coach.