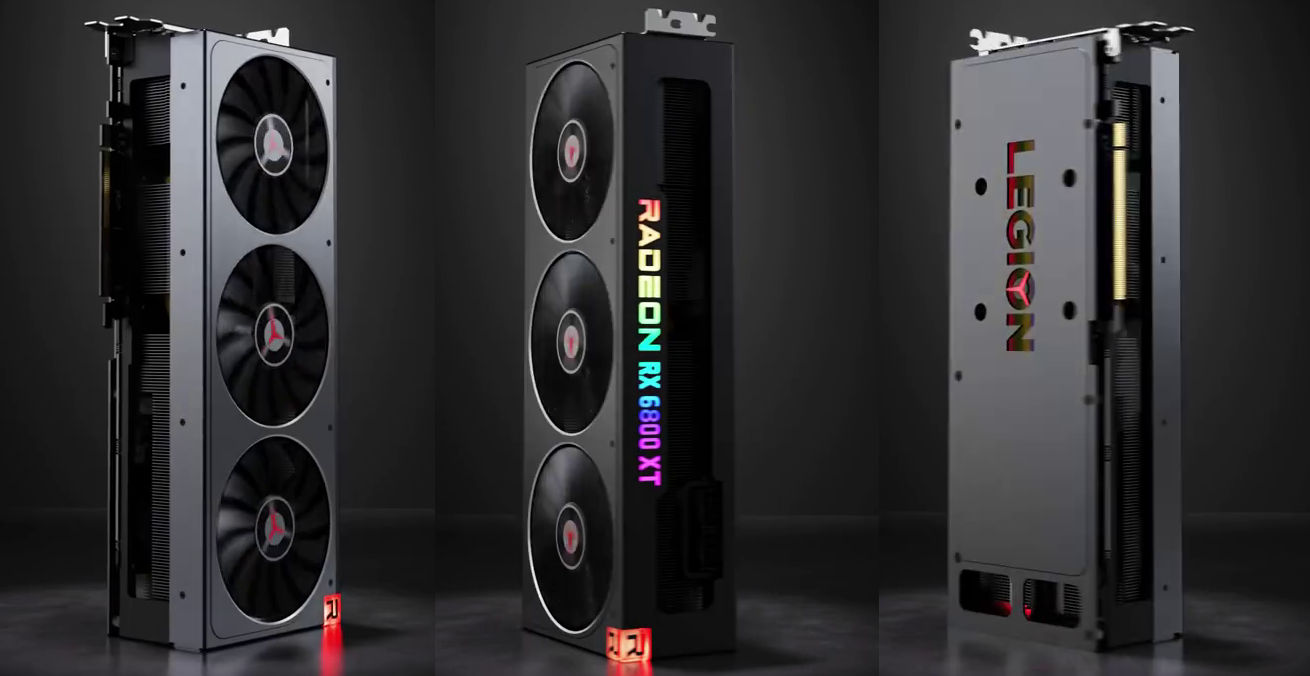 Lenovo recently announced with its own graphics cards Radeon RX 6800 XT and RX 6900 XT Legion Edition. These 3D accelerators will be found in Legion 7000P gaming computers, but they may be in retail in the future. Now this is at least hindered by the lack of AMD Navi 21 GPUs.

It should be noted the external similarity of the Lenovo Radeon RX 6800/6900 XT Legion Edition video cards and AMD Radeon VII released a few years ago. The new products use a cooling system with three fans, and the back is covered with a reinforced plate. The main difference between Lenovo cards and Radeon VII is the size – in which case they will take up the space of three expansion slots. Additional power supply connects via a pair of 8-pin PCI-E Power.

The technical characteristics of Lenovo Radeon RX 6800/6900 XT Legion Edition have unfortunately not been announced yet. It is known that they are accompanied in the Legion 7000P gaming desktop by AMD Ryzen 5000 series central processors.