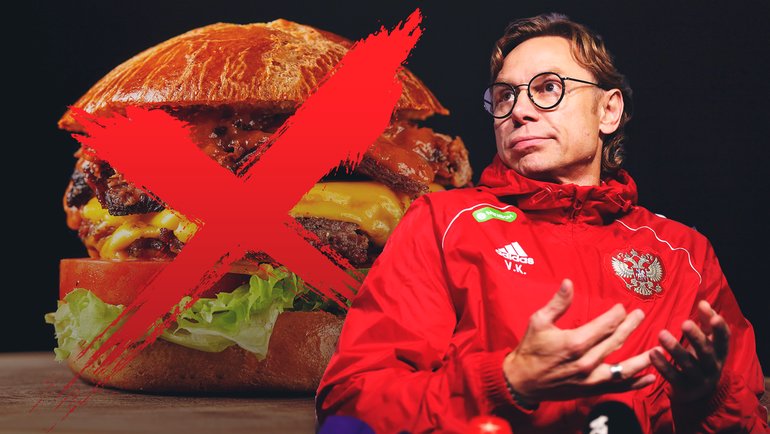 And at the training camp we went to the gas station for chocolate.

The new menu of the Russian national team is the main innovation of Valery Karpin’s headquarters. He exercised control over weight and body fat and introduced a sweet-free diet to all teams. But now this technique is handed down to the specifications of short camps – it is in the club that you can constantly control weight, control nutrition and control the menu. In the national team, the players are coached for a week or two, and then they go to clubs where the rules are different. 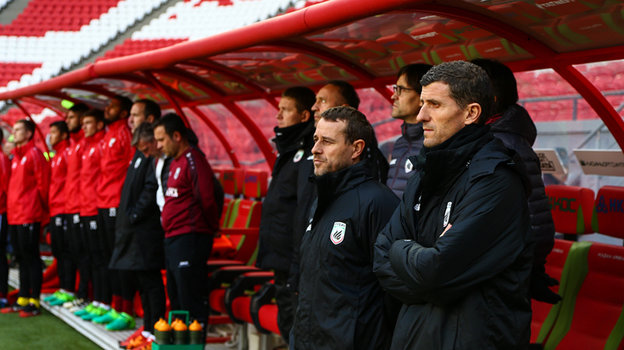 The coaching staff of Javi Gracia at Rubin. Photo taken by FC Rubin

Karpin’s Spanish assistants are responsible for weight control in the Russian national team. From Rostov, he named physical training coach Luis Martinez, who is assisted by Juan Solha and Juan Martinez. Solja has been responsible for the fitness of Javi Gracia for many years. Juan Martinez was also part of Rubin’s ex – coach’s headquarters, and after leaving Kazan he followed Gracia to other clubs.

Experiments with food did not take root in Kazan. And they became one of the reasons that prevented the project of the star “Rubin” from succeeding.

Martinez even checked the plates. The players ate fast food, and went on the training camp to the gas station for chocolate

In the 2016/17 season, the Spaniards put restrictions on Rubin’s menu: no candy, no dairy and no butter; tight weight control. Everything is like in the national team under Karpin.

The new coaching staff appointed lunch three hours before the match. As a result, the very first match with “Amkar” was remembered for a goalless draw, injuries and indigestion among several players. Dmitry Kuznetsov, who was also part of Xavi Gracia’s headquarters, told SE how the players suffered during the break: “Three hours before the first game, Juan Solha demanded that everyone have a plate of spaghetti. And three of them vomiting after the first half. Then this practice was removed. “

Cottage cheese, cheese cakes, jams, all the sweets – all this in Rubin was also strictly forbidden. The morning started with weighing and checking the percentage of fat. Players were fined for being overweight. In fact, Gracia used the same practice at Watford.

“They immediately decided to change the whole process,” one of the club staffers told SE anonymously. – We even started training at 10 o’clock. The doctors and the Spaniards swore very hard. They said we have seasonal products that can not be dropped abruptly in Russia. The same refusal of butter: in the cold season you can not refuse it, because it gives the muscles elasticity. The Spaniards have removed all milk, sweet. Only the ripe legs remained. The players tried to spread them on bread. “

Juan Martinez is on the right. Photo RFS

Juan Martinez should see what the players eat. At the distribution he stood and saw who put something what and what. The players literally had to show him the contents of the plates.

Rubin’s footballers had a hard time accepting the new rules. For years, in addition to the base of the Kazan team, is McDonald’s, which for some has become a salvation during the period of dietary restrictions. When the players came to the dining room and saw the menu, they immediately crossed the street to a fast food restaurant. And at the training camp in Austria, it got to the point where the players took bikes and went to the gas station for chocolate and soda. Everything was done in secret so that the Spaniards would not notice it.

“Song roared that he had never run so much in his life.”

Alex Song, as they say in Ruby, went into the kitchen and asked the chefs to hide butter, milk and sugar for him. At the same time, the ex-player of Arsenal and Barcelona swore not only because of food, but because of the loads that Juan Solha gave.

“The players are constantly grumbling. When Song arrived, he often freaked out and shouted that he had never walked so much in his life, “recalled our conversation of Rubin.

The increased workload and the abrupt change of menu led to numerous injuries. And, by the way, the Russian national team has problems with this as well. “Ruby” Kanunnikov lost immediately due to hamstring injury, Jonatas also dropped out due to muscle injury.

“In the first game, they broke out and fell out for two months, they recovered hard. But after four days, both were already making shocks in Juan’s direction. It was shameful,” Kuznetsov reminds her.

As a result, the strikers missed the start of the season, but through such rehabilitation they were able to increase the injuries.

Ruben Rochina also suffered from a tendon (fell out a month ago). Taras Burlak was treated for three months, Denis Tkachuk and Ruslan Kambolov were treated for two months.

It was the Russian players who suffered the most drastic change in diet. Dinner at Rubin was postponed to 8pm – as practice has shown, this is too late. For example, when the team came to the game in Orenburg, they had to eat at 22:00 local time. The Spaniards excluded meals on the plane, so the players ate before the flight, and the next time before going to sleep. According to the stories, this regime led to indigestion and for the match of the day, the players were tortured in the toilet. Later, the food started earlier.

There was also an incident on the road in Grozny: it is now possible to send menus to hotels in advance, and then there were not so many good hotels in the capital of Chechnya. Yes, and it was not possible to inform the kitchen staff in advance about the menu and diet.

“When the team arrived for lunch, the cooks pulled out a large aluminum bucket with borscht, which contained more fat than anything else – there was a spoon! You must have seen the faces of the Spaniards. Of course they asked to take it further, ”Rubin recalls. 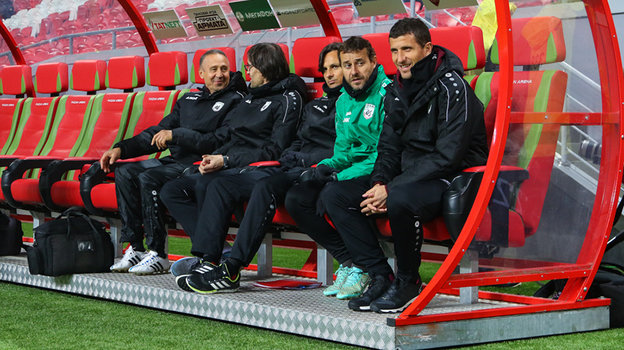 Dmitry Kuznetsov is sure: the Spaniards have changed things too dramatically that need to be introduced gradually: “Spain has its own methods and diets, but in a foreign country you have no right to immediately ban food that people eat all the time. “Interruptions start immediately, stress for the body. It was necessary to refuse some products smoothly. Well, you could not eat so late. Yes, in Spain the dinner is always at 22.00, but we have different realities.”

Rubin’s results also dropped. The club spent money on Xavi Gracia, its headquarters and a set of stars, but finished as 9th – under Terek and Ufa. During the summer, Gracia was dismissed, and his experiments continued in Watford and Valencia, where the Spaniards did not stay long either.

Now Solya and Martinez are back in Russia – apparently on the recommendation of Luis Martinez. Karpin is also a fan of weight control of footballers, and now the ideas that the Spaniards promoted in Rubin are being used in the national team.