Microsoft Folders. Tariceanu would use the bribe to fund the campaign. 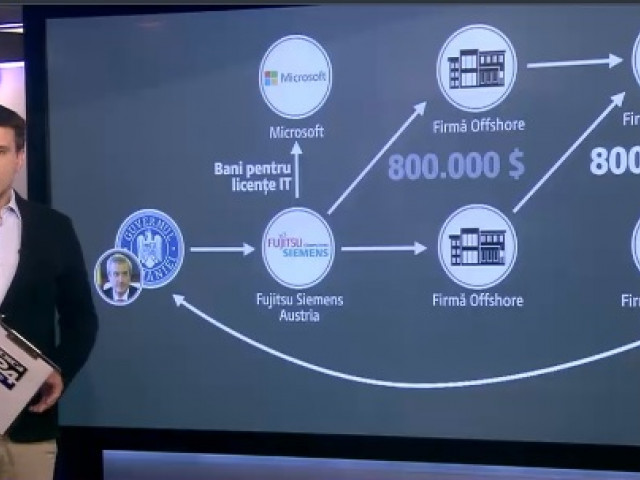 
The corrupt prosecution calls for Calin Popescu. Tariceanu's parliamentary immunity will be investigated for an $ 8 million bribe he received when he was a prime minister. The Austrian company that distributes Microsoft licenses to Romania has made money from overseas accounts and a similar investigation has started in Austria.

A new investigation found that the Romanian government has signed a contract for Microsoft's IT licenses. This time the prosecution of the anti – prosecution handles further action on the business from 2007 to 2008, when Călin Popescu Tăriceanu was the prime minister. Investigators say they would have pulled a line to approve the documents. Nothing, but in exchange for $ 800,000, Fujitsu Siemens Austrian customers would have paid for Calin Popescu Tariceanu's campaign.

It is difficult for jurists to find simple but effective mechanisms. The Romanian government, which has now signed an additional proposal aimed at the prosecution, has not blocked the imposed payouts on IT licenses for education and administration systems. The Austrian company paid a reasonable price for licenses to Microsoft's IT giants. I paid $ 800,000 from the difference paid in at least two overseas accounts. The prosecutor is linked to the name of Calin Popescu Tariceanu. The money went through several ghost companies and finally into the accounts of companies hired by Călin Popescu Tăriceanu for the 2008 campaign.

The money that the current senator has built through the campaign will account for 10% of the value paid by the government after signing the bill.

DNA urges Tariceanu's immunity. He can be accused of bribery.