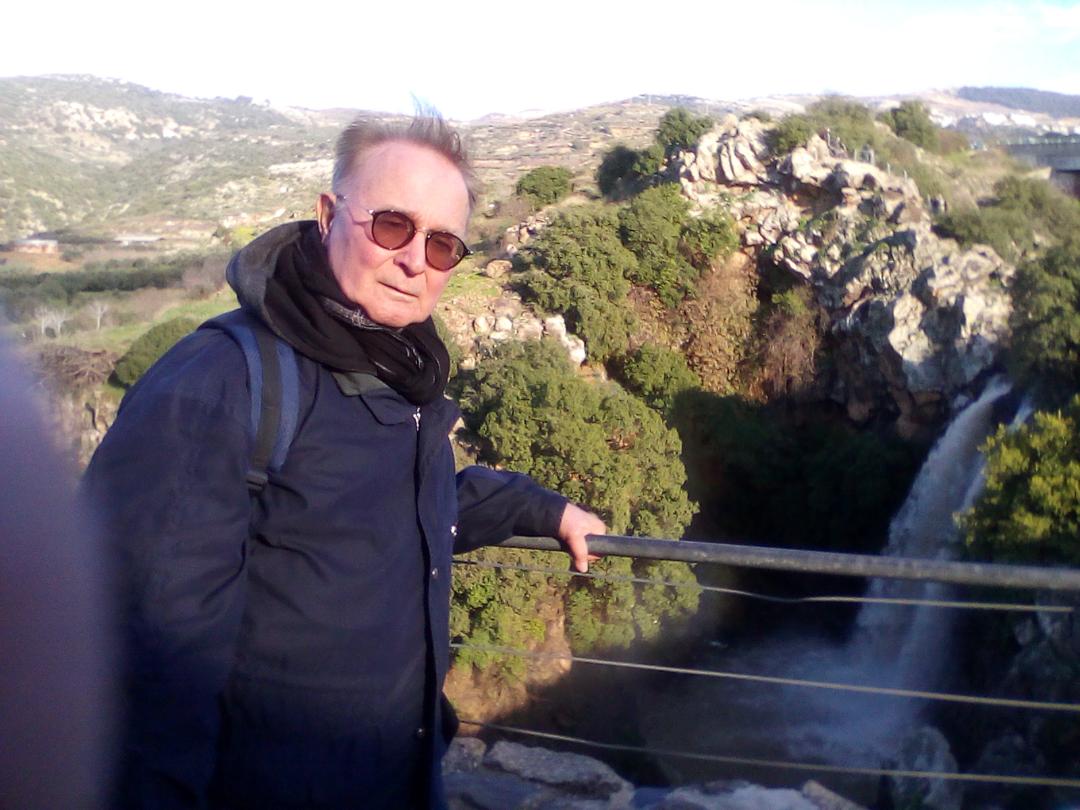 The most famous soprano in Romania mimics the musical past of the Romanian people.

Soprano Angela Gheorghiu stated in an interview published by Contributors.ro that George Enescu, Ciprian Porumbescu and Maria Tănase are “false legends” of the Roma music worldyou know, who actually did not have a prestigious international career.

Dumitru Avakian: Angela Gheorghiu is, without a doubt, an international star of lyrical art. But it turns out to be a simple person, with a limited musical culture!

Ciprian Porumbescu is guilty, in her vision, that “he died too young, poor him!”

“Ciprian Porumbescu identified perfectly with the Romanian soul, his few works are testimonies of an enormous talent,” said Avakian.

Dumitru Avakian: It was an absolutely enormous musical talent, but it did not have the opportunity to be trained and developed over time. He died at the age of thirty from tuberculosis. He identified perfectly with the Romanian soul. It was the period of the small Union of Romanian Countries. Both “Balada” and the operetta “Crai nou” testify to an enormous musical talent.

Angela Gheorghiu makes a title of glory from the fact that only she sang at Convert Garden. After that 2010 debut, The Observer writes: “Her smooth, creamy voice has a steel core. ”

Dumitru Avakian: Exceptional artist, with a completely captivating musical-dramatic intuition. It has a limited musical culture, which only belongs to the area in which it works.

Born on December 2, 1942, in the White Fort, in Southern Bessarabia, today in Ukraine. He is professor of theoretical music studies at the “George Enescu” National College of Music in Bucharest.

In 2003, he was awarded the Union of Romanian Composers’ Music Critics Award.

“Dumitru Avakian is one of the highest-ranking voices in Romanian music criticism,” reads the ICR website

Mrs. Gheorghiu also explained that he learned from Sergiu Celibidache “that not only the history of the school, the history of Romania, political as well as social, but also the cultural history in Romania consists of false legends.”

Dumitru Avakian: The special requirements – I will call them – of Master Celibidache are well known. When conducting master’s courses, they themselves are absolutely fascinating, and show subjective labels on most composers and performing musicians. Many of those present considered them bizarre picturesque, which was quickly passed over.

Why, however, did Angela Gheorghiu want to express her opinion, in the wake of the new neo-Marxist movement of “canceling culture?”

Dumitru Avakian: Many of those who are cultivated are reluctant to take into account what they say. In the world of music it is also said, “Do not enter her mouth!”

“George Enescu was an unparalleled genius”

Romanians are usually angry when their national symbols are attacked. We all know that Enescu surpassed his teacher at the age of four, and at the age of 12 he made an impression on the Viennese public. Until the age of 19 he graduated from the Vienna Conservatory and the Paris Conservatory.

Dumitru Avakian: His creation from that period is a testimony. The famous Octuor, quartet with two strings, is a unique work! In the 19th century, after Felix Mendelssohn Bartholdy, only two such creations were written, which belong to the romantic period of the end of the era.

George Enescu was a genius without equal. Mrs. Gheorghiu knows nothing about the performances of the great artist and, I note, about Romanian culture. He made his artistic debut here, in Romania, not abroad.

Angela Gheorghiu sang only once opera in Romania, I have the impression in Cluj-Napoca. He has unpleasant memories of Bucharest. She graduated in 1990. She claims that Professor Ionescu Arbore forced her to sing “La Bohème” in Romanian, when she already had a contract with “Covent Garden” – in London, for the same opera, songs , of course, in Italian, in the original.

Dumitru Avakian: The year 1990, as we know, was a period – I would mark it, “pass on”. Today, the serious world does not really see them in the mouth. Which of the Romanian intellectuals could understand the manifest evil, after decades, against Arte Florescu, their demanding teacher?

“Enescu was a revered personality throughout the European music world”

Angela Gheorghiu qualified “for the job?”

That’s right, Angela Gheorghiu is a creation of her own talent, of the carving in the singing arts, the hard work done here in the country with the support of the teachers with whom she worked. It is true, in the 70’s and 80’s of the last century, but even earlier there was an obligation that these so – called patriotic songs should be part of the students’ work programs. Not many sang them out of conviction. They sang them out of obligation.

Gheorghiu claimed her corrosive statement, due to the fact that she had not found the name of a famous hall in which Enescu had performed for 30 years.

Dumitru Avakian: He did not find out because he did not want to be interested in Enescu’s impressive concert violin career, how he sang on the big European stages, especially in France, in the United States. A century ago, Enescu directed Wagner’s opera “Lohengrin”, on the occasion of the institutionalization of the Bucharest Opera. He was a revered personality throughout the European music world.

“Angela Gheorghiu asked the Romanians for a fantastic sum”

Is Angela Gheorghiu showing frustrations at the fact that she was never invited on stage at the Enescu Festival?

Dumitru Avakian: Not many people know that in 2003, at a concert that was to be held – together with her then husband, the French tenor of Italian descent, Roberto Alagna – in the Palace Hall, he demanded an exorbitant amount that the Romanian state could not pay. . It was then said that President Ion Iliescu himself felt that the claims were exaggerated.

And Ion Iliescu was a big fan of hers.

Dumitru Avakian: Ion Iliescu was and remains a music lover, who, however, would have faced such a cost of hundreds of thousands of euros. In the artistic world it is notorious that, during the period when he was first secretary in Iași, he went to concerts and theater performances, so he was close to the artistic world.

How do you feel as a Romanian musician, as a participant in almost all editions of the Enescu Festival, when you hear this assumption that Enescu is a “fake”a legend?”

Dumitru Avakian: I feel deeply embarrassed by the embarrassed situation in which Angela Gheorghiu found herself. During the recent Enescian Music Festival, all major European symphony ensembles presented nearly forty of its creations.

Academy of Music “Gheorghe Dima” fan Cluj-Napoca recently awarded him the title of Doctor Honoris Causa. For what reason?

Dumitru Avakian: Of course, for her impressive artistic past. She rightly enjoyed honors chosen for special merits, but not of an academic nature. Because it violated Romania’s core values, I personally believe the title should be revoked.

He placed Maria Tănase as a “singer at the tables.”

Dumitru Avakian: Shameful, insulting and degrading to his government. Maria Tănase remains a landmark of Romanian spirituality from the first half of the previous century. At that time he was awarded the famous distinction of the Charles Cros Academy, including for a few Romanian songs that were sung impeccably in French. Nicolae Iorga called it “the master bird”, it was appreciated by the great Constantin Brâncuși. In the early sixties, when he went for eternity, the whole of Bucharest was in mourning. The cart with oxen carrying his body, the council of priests were followed on the great boulevards by an enormous storm of world.

It is said that as many people as at the funeral of Queen Mary. Back to the source of the star, Sergiu Celibidache. Do you think the great conductor told him that “I learned a false story”?

Dumitru Avakian: In part, yes, in the socio-political sphere. Back to the master Sergiu Celibidache … His reign lay neither the great post-romantic Gustav Mahler, nor the pioneer in music of the early twentieth century, Arnold Schoenberg. For example, he did not direct the fundamental works of Enescu. Every artist has his own affinities. Celibidache had a very striking, captivating personality. He performed Bruckner’s symphonies absolutely masterfully; and in the first Romanian Rhapsody by George Enescu, let us remember, he developed a musical image of an absolutely unique, seductive picturesque. Audio-video prints are a testament.

“Their frustrations are clear”

Are Angela Gheorghiu’s opinions the outbursts of a complex being?

Dumitru Avakian: He is a bubbly personality. His frustrations are clear. An exemplary talent, but extremely limited from a cultural point of view. He probably does not understand the space, time and place where his mates brought fundamental, original, spiritual and artistic values.

Do you still go to school by bike?

Dumitru Avakian: Aaa … Da! I go every day. And today, Saturday night, I went on two wheels to the organ recital at the Athenaeum. And in this way, I protect myself against the aggression of any part of the world in which we live, against this devastating world pandemic. Whoever prevents it is more likely to get rid of this plague (after coronavirus).

In conclusion, how would you frame the “value” judgment of the soprano?

Dumitru Avakian: A bizarre, an indecency of the part – I note unfortunately – of a man with great talent.