Ante Vukusic broke the silence in the Slovenian press and revealed why he was removed from the team in the match with Hermannstadt. How about the relationship with Gigi Becali 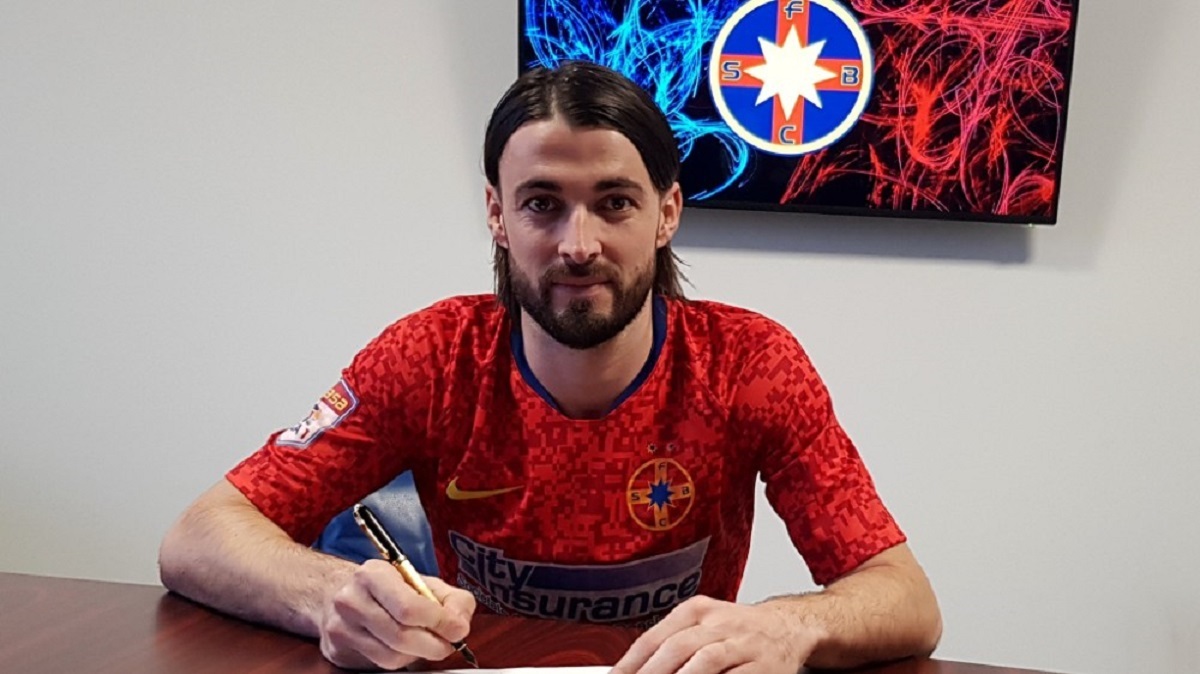 Ante Vukusic broke the silence and offered the first statements about the reason why FCSB left him in the last stage match of the group, with FC Hermannstadt (number lost by FCSB with 0-1). The Croatian striker claims he has absolutely no problem with Gigi Becali.

Ante Vukusic was left out of the group, in the match with Hermannstadt, a match lost by FCSB with 1-0. Rumors immediately surfaced that the striker transferred this winter to Gigi Becali’s blacklist. Vukusic gave the first statements about these rumors and says he has no problem with the employer.

Vukusic broke the silence. The first statements about the alleged conflict with Gigi Becali

Ante Vukusic signed with FCSB as a free agent on 28 January 2021, after saying goodbye to NK Olimpija. A top scorer in the Slovenian championship last season, Vukusic was wanted by FCSB in the past, but Gigi Becali took advantage of the fact that he can now transfer him free of contract.

Vukusic made his derby debut with Dinamo on February 3, in the championship, a match won by FCSB with 1-0. In that game, the 29-year-old striker hit the bar on his first shot. Then Vukusic played with Academica Clinceni and again in the derby with Dinamo, but in the Romanian Cup. In total, he collected 85 minutes.

However, Ante Vukusic disappeared without explanation from the group for the match with Hermannstadt. Rumors immediately surfaced that the Croatian striker had already entered the blacklist of Gigi Becali, who is known to be bad. Especially when it comes to foreign players.

But Ante Vukusic broke the silence and offered the first statements about the alleged conflict he would have with Gigi Becali, but also about the reason why he was absent from the match with Hermannstadt: “These are fabrications and lies. I have no problems with the owner. I have adductor problems and therefore I did not play in the championship game”, said Ante Vukusic, quoted by nogomania.com.

Helmuth Duckadam is of the opinion that Ante Vukusic cannot impress at FCSB. But not because of his quality, but because he will not receive enough balloons from the stars of the team: “It will have the same outcome as the other picks. Because it is not played. Man, formerly, Coman, Tănase … play for them, they have never shown a peak of attack”, said Duckadam.

Enter the gallery of legends at casapariurilor.ro

A patient from Bagdasar Arseni attacked a nurse and other patients