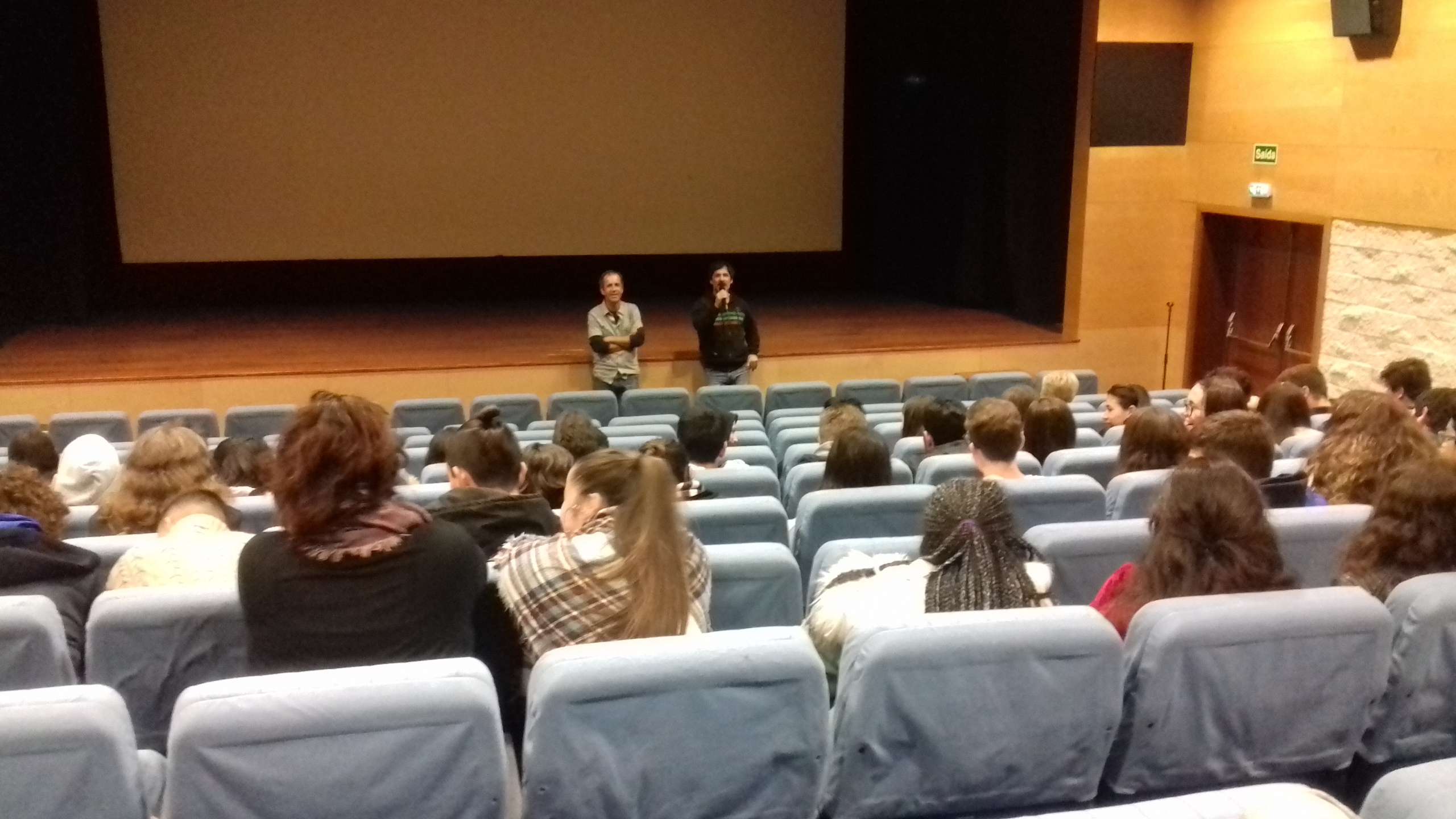 On Friday, November 9th, students from 9ºC, 11ºD and 12ºC went to the cinema, CAE, to watch the movie "Soldado Millions" with Portuguese and history teachers.

This film tells the story of Aníbal Augusto Milhais, who was sent to the army as Flanders during World War I. Because of the courage to be seen on the battlefield, he had the best national honor. Based on true facts, this film realistically portrays the difficulties of war, the courage of heroes on the battlefield, and Hannibal's life as an adult.

At the end of the session, all students and teachers were delighted to have met Gonçalo Galvão Teles and adult "soldier million" director figueirense Miguel Borges ».