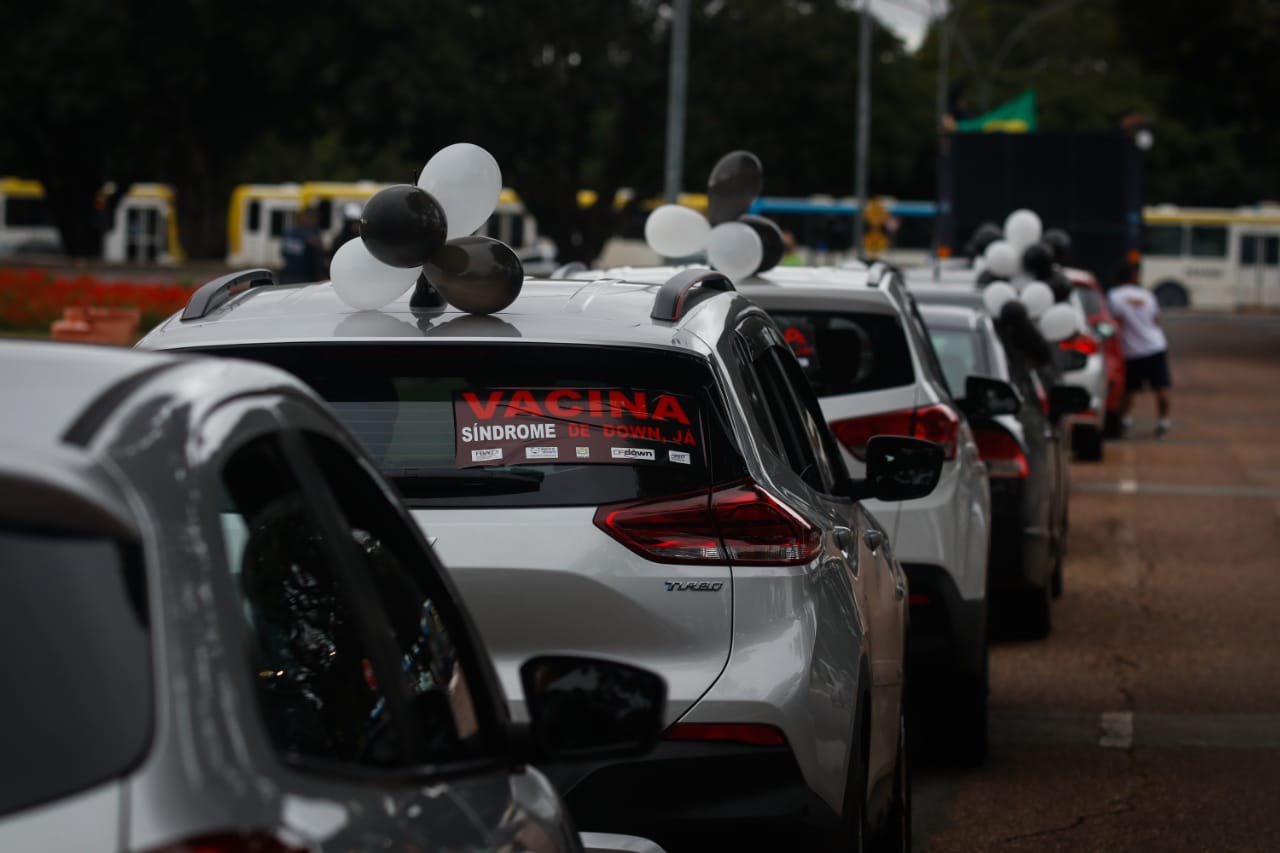 Family members, friends and people with Down Syndrome organized a drive, this Wednesday morning (7/4), to request urgency in vaccination against Covid-19, in the Federal District. The act takes place in front of the Buriti Palace. According to Protestants, people with Down syndrome die up to 10 times more often from the new coronavirus, according to an English survey.

The campaign entitled “A dose of respect” is led by the Brazilian Federation of Down Syndrome Associations (FBASD) and arrived in the capital with the organization of DFDown, the Down Movement, Apex Down and the Association of Parents and Friends of the exceptional (Apae-DF).

See pictures of the demonstration: 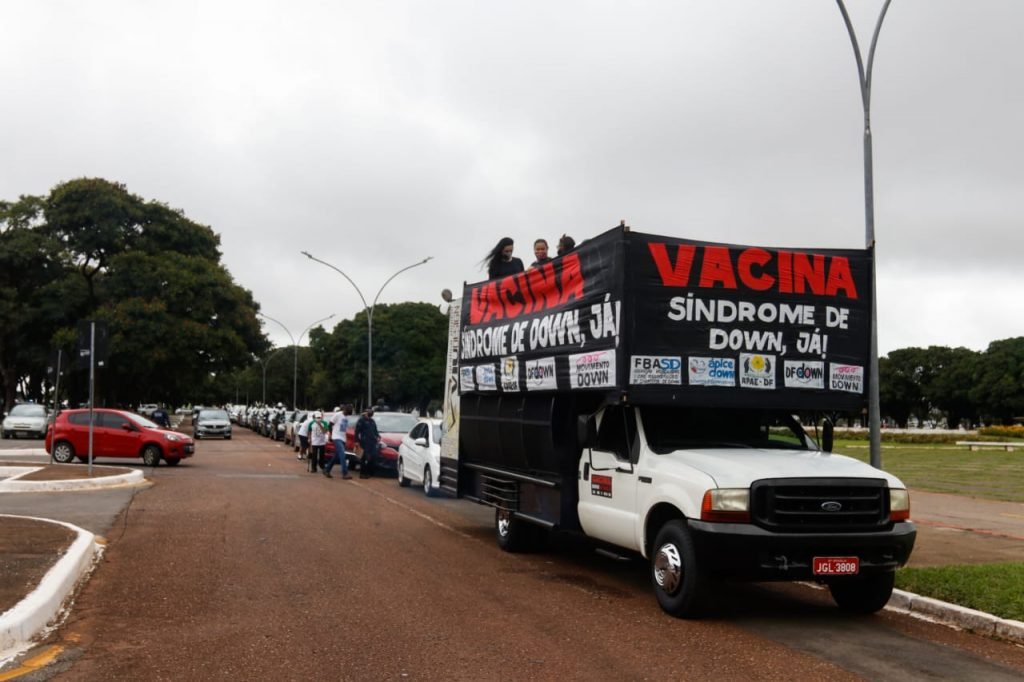 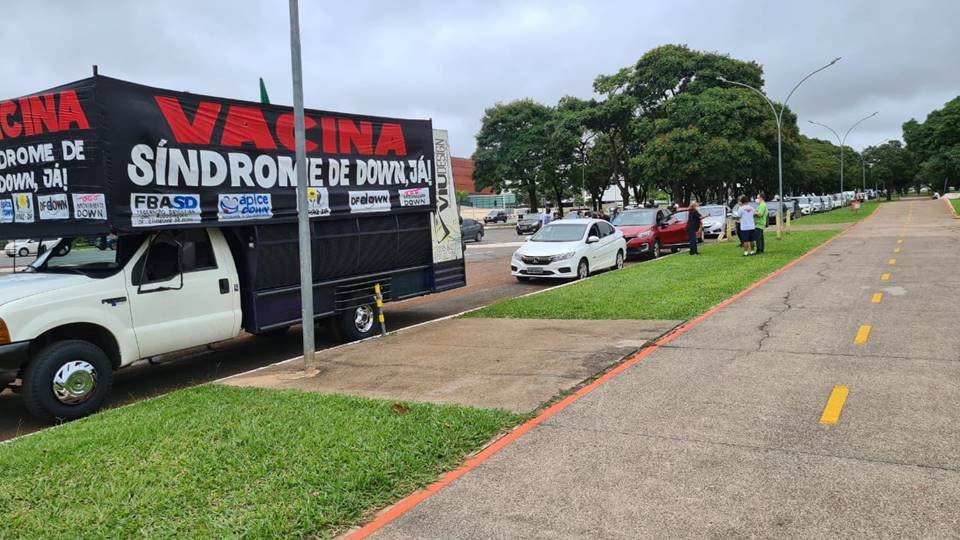 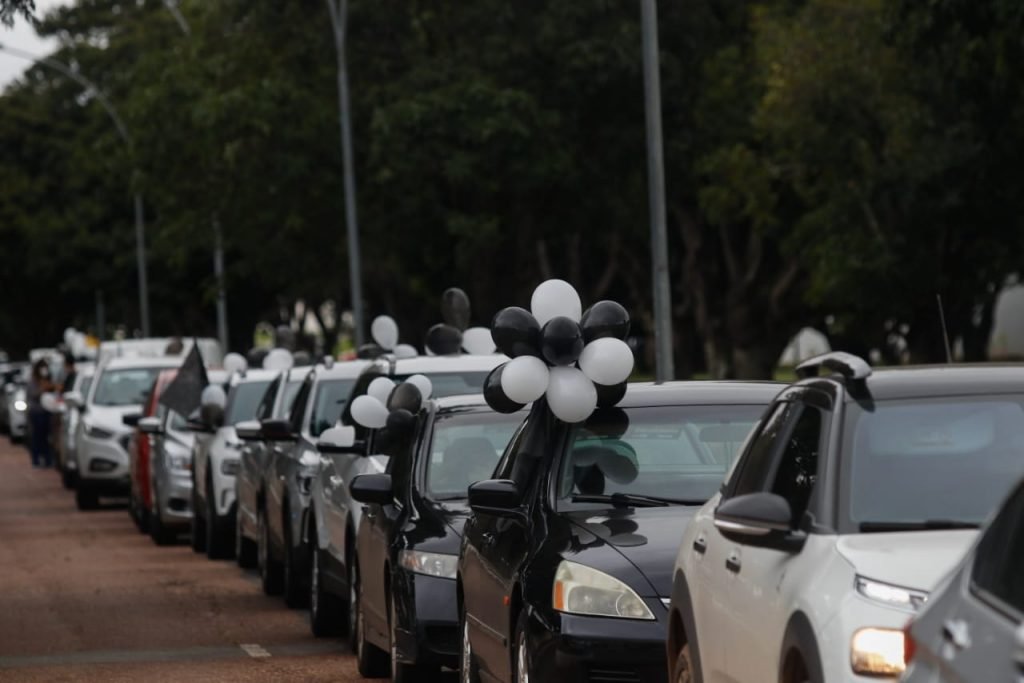 According to the Protestants, there are studies proving the vulnerability of people with Down syndrome to the new coronavirusArthur Menescal / Metropolis Special 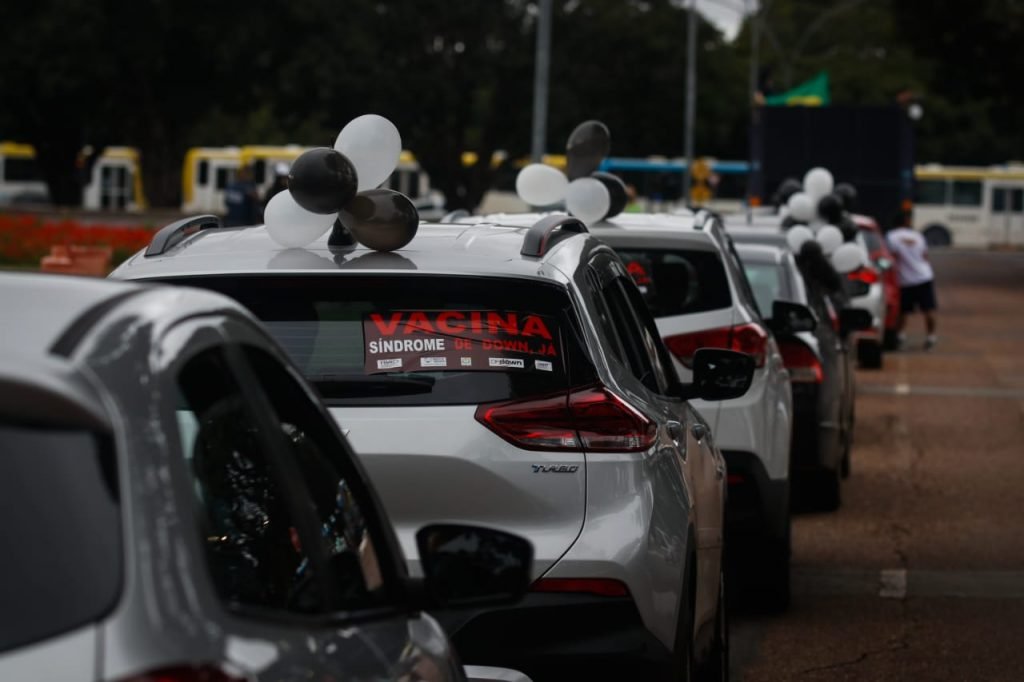 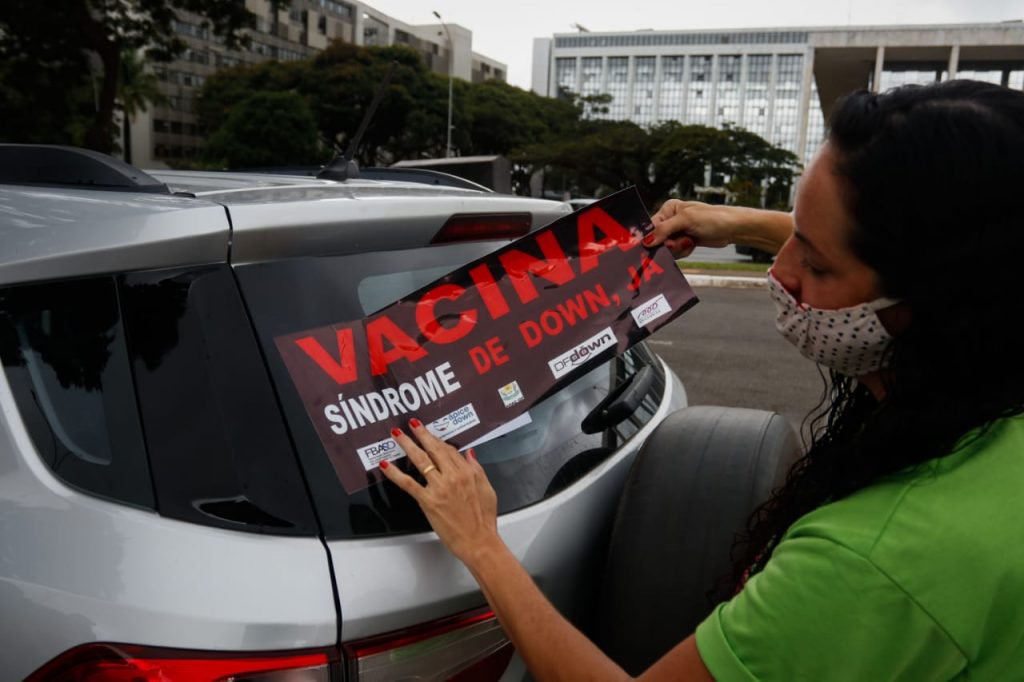 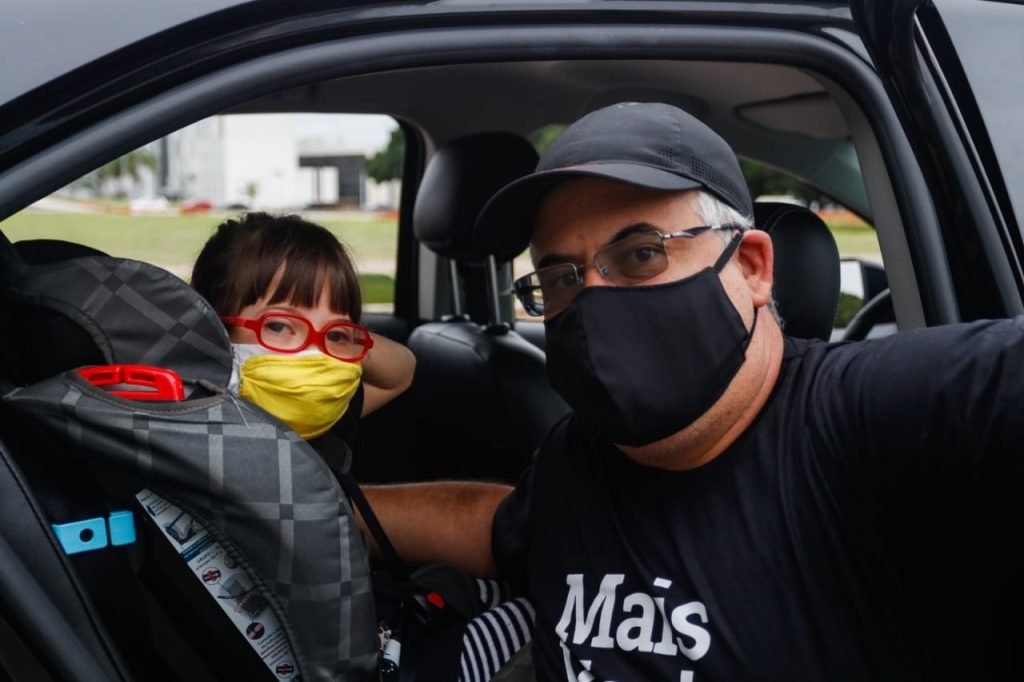 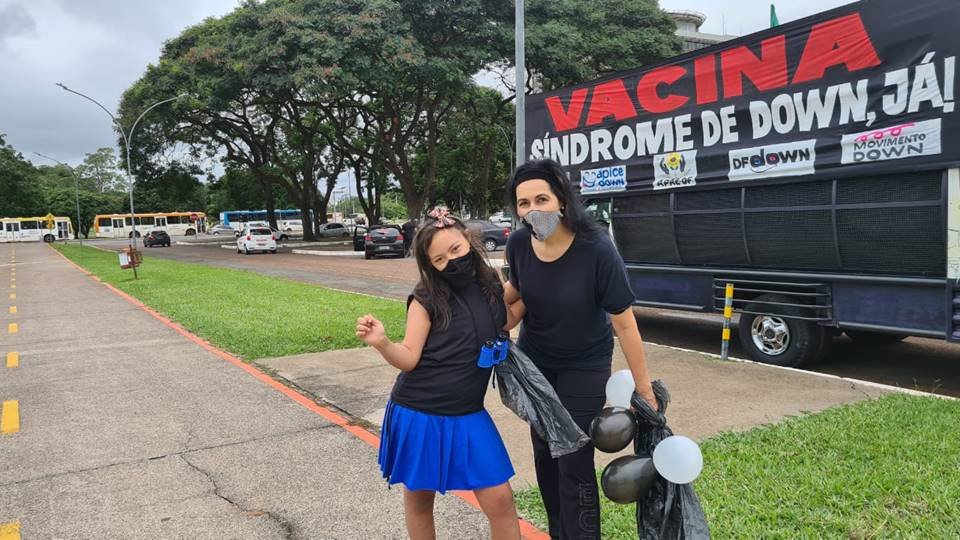 The Secretary General of the DFDown Association, Lívia Borges, is the mother of Luana Abhayomi, 12, who has Down Syndrome. “We want to make our government aware of the importance of prioritization. Their vulnerability is very great. Our goal is to go around the Esplanada dos Ministérios and deliver a letter of intent to Governor Ibaneis Rocha. There are about 100 families mobilized to be part of the act. Including people who will not profit but fight for the cause. It strengthens the movement for people who need it “, he explains.

The mobilization calls on the Federal District Government (GDF) to provide direct vaccination to people over 18 with Down syndrome.

According to the organizers, although the vaccination of this group is planned for the third phase, with the comorbidities, the process should be expected, taking into account the extreme vulnerability, due to the difficulty of following security measures; sensory intolerance to the use of a mask; difficulty recognizing and identifying symptoms; low immunity; overweight; diabetes; heart and breathing problems; among others.

Also according to the group, although there are no official statistics in Brazil, a large number of deaths of young people between 20 and 30 years have been observed in the country. In January alone, four people died from the syndrome in the state of Amazonas.

Dr. Ana Claudia Brandão, member of the FBASD technical committee, says recent studies prove the need. “The T21 Research Society study shows that, in adults with DS, the course of infection is faster and the rates of complications and mortality are significantly higher than in the general population.” marked.

“We need to protect this population before there is a genocide of young people and adults with Down syndrome. We have lost many people since the pandemic began. If there are studies that show this risk, the government can not keep an eye on it, “said Cléo Bohn, president of the DFDown Association.

As part of the campaign, people with Down Syndrome of all ages have posted videos and posters on social media demanding that vaccination be extended to the entire country. “Mobilization is urgent because states themselves are beginning to respect the order of the National Immunization Plan, such as Rio de Janeiro, where the governor has issued a decree passing other categories for this population, which is clearly ultravular,” he added. Cléo ta.