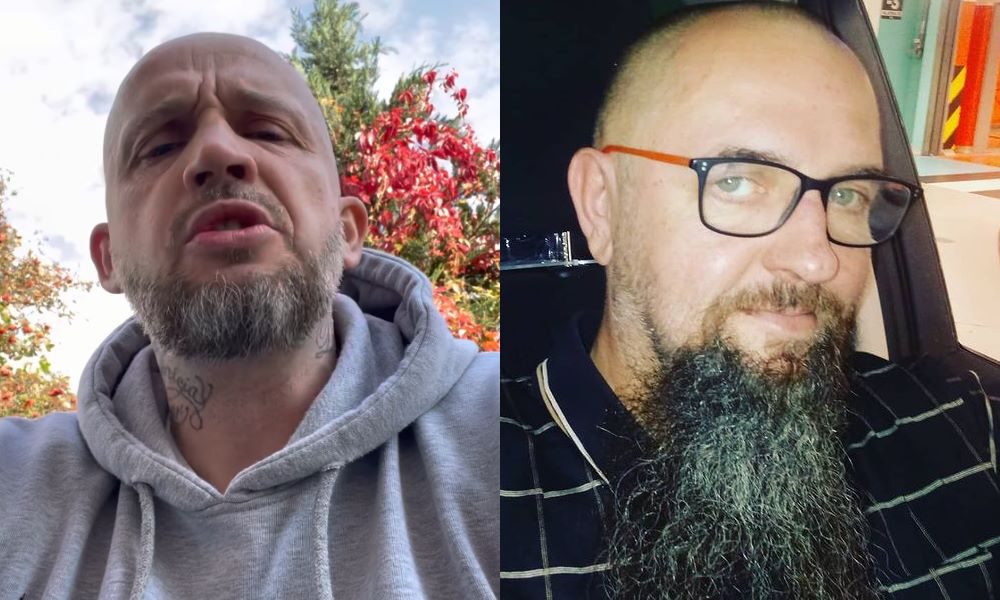 Krzysztof Kozak’s book “Za drinem drin, za dulka”, which was published a few days ago, evokes a lot of emotions. First, DJ 600V declared that he never paid Chad $ 50,000. zlotys – as we could read in the KNT book, and now Peja takes the floor, releasing the first two Slums Attack albums at RRX.

At the beginning of the video on his channel, Peja says he found fragments about himself in Kozak’s book. The former publisher dedicated a short chapter to him, with the title “Rysiek plagues me and I plague Rysiek”.

Krzysztof Kozak describes in the book that Peja – with whom he was in conflict – wrote him a text message with Christmas wishes. Two weeks later, the author of the book called Rych, and wished him success on the album “Na legalu?”. He did not answer, so Kozak recorded his wishes on the answering machine:

Says KNT crazy guy hello dark night
I even wanted to talk to you
Ryszard Pejo, my first rapper
Overall, I salute you
I always wished it was good
Thank you thank you

A few months later, Kozak was to be interviewed by Peja, in which he said, “my previous publishers are losers.” Then he dug up the war ax and called Rysiek. He just picked up again. His words recorded on an answering machine were “the most famous shit in the history of Polish rap” – we read in the book. Peja used Kozak’s statement in the release of ‘To be not to have 2’ on Ski Skład’s only album made with Wiśnia. What Kozak said to Peja, we quote below:

One day you will wake up
spoiled spot in the woods
Right up, bitch
I smoked damn money
To understand?
Burn your fucking money
Characteristic KNT speaks against you
He’s talking and you know what the fuck I’ll tell you
Receive phone calls
Cut the damn ass
And I can fuck the whole Poznań in the ass
And break the damn shit
And when you come to Warsaw
Then you will be taken to the forest

Peja published a 10-minute material on the web in which he explains some inaccuracies from Kozak’s book. The rapper claims that both of Kozak’s messages, which we mentioned above, were recorded one evening, and not, as its author claims – with a period of several months.

– You called me in the spring of 2002, when all the interviews about this album, including previous releases and mammals, were started. You let go of the jobs and call. You congratulated me on the CD with the text “Kozak frajer”. Later you wrote a paragraph in an interview with “my previous publishers are suckers”. Krzychu, a little not cool. (…) Do not make me f * c *, because you congratulate me on the success of the album that has not yet succeeded. – says Rychu.

– We talk, we love each other, you have to build a story for the book. Explain why I beat Rych. – the joint is ta.

Peja also recalls that when Kozanostra fought in court with the makers of the movie “You Are God”, he helped him by finding a lawyer and being on his side in a conflict:

– We fought in court for your good name that you are not such a fifarafa gangster, and I flew a few paragraphs and you are Suge Knight to the square. And for that f * ck that you can squeeze all of Poznań – believe me, Krzych, I delayed it a lot, I delayed the coalition in Poznań, so they would not turn you around, because you’re a really big surprise – Rychu explains.

– I have no bad blood, no anger. Just do not drink, stop talking about phases. – the joint is ta.

However, it should also be emphasized that Kozak broadly summarized the chapter attributed to Peja with the words: – I owe Rysiek a lot and I admire his work. Rychu – thank you, you know very well why!