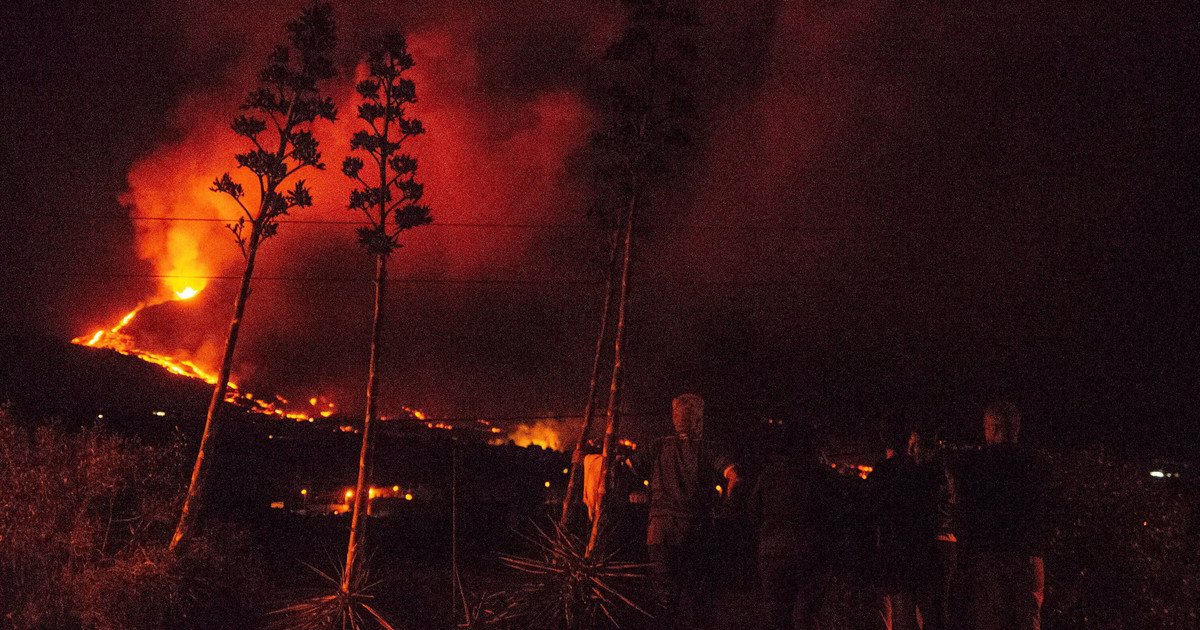 After 72 hours of sailing from Madeira to the Canary Islands, you finally see the country. The weather did not bother us, it was windy, so I am happy to set foot on the first island we reached. It is familiar to me from the stories of La Isla Bonita, La Palma.

We are greeted by fiery music in the harbor – we hit the middle of the carnival, right after Rio, the most famous in the world. And … the last one, as it will turn out later. A pandemic breaks out, 2021 brings a hot summer, and with it burns, the island burns. The locals are tired. And that’s when the volcano erupts. – Will there be a carnival this year or will the situation allow it? Will tourism die or, on the contrary, according to some predictions, La Palma become a fashionable island? Maybe we should choose the carp diem option? One of the islanders considers. Nobody knows. The Old Peak, or La Cumbre Vieja, leeks, snores, and growls. Although Los Palmeros would consider their future fate, they would divide into optimists and pessimists, they agree on one thing – this voice can not be forgotten.

In the beat of boom! boom!

“News from Under the Volcano, September 24. After a fairly quiet night, a series of strong eruptions has just begun. Imagine an enormous plane flying very low and suddenly exploding – these are the sounds we hear in Los Llanos. The crater is surrounded by clouds of smoke, so you can only see an orange glow. Llanos. Black sand treats everything, people have stopped washing cars or sweeping because it does not make sense “, Sabina Barbara Lange of the lapalma.pl editorial office tries to give a fact and without too much emphasis on the Facebook page of the La Palma group to report life from under the volcano day after day. She lives right at his feet. At night, along with other hypnotized people, he quietly watches the spectacle of fireballs. Beauty and horror. 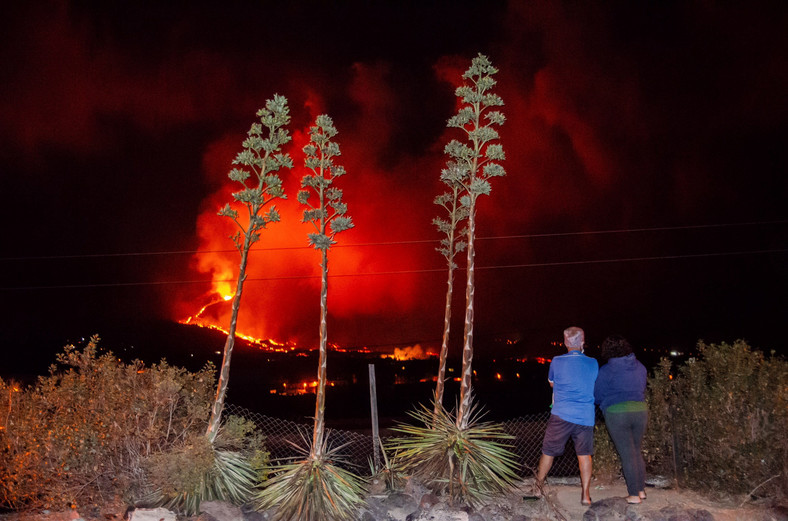 The volcano La Cumbre Vieja lies on the population of about 85 thousand. people on the island of La Palma erupted on September 19, spewing lava rivers, which to this day reach the ocean and form a peninsula over 30 hectares. It continues to grow, so the maps have become obsolete, the coastline and topography of the island itself have changed.

There were several hundred properties in the lava-flooded areas: houses, farm buildings, luxury villas … What are the losses exactly, so far it is difficult to estimate; there are nearly a thousand buildings, but until the volcano dies, appraisers will hold back the assessment of the extent of the damage. Roads, vineyards, banana plantations and the water supply were damaged. Closer to the ocean, on plantations that are threatening to dry up, the action to save what is possible is underway, pumps that desalinate seawater begin to operate.

“It was known that the volcano woke up more than a week before the lava started flowing. A yellow warning was introduced, elderly people and large animals were evacuated. When the mountain opened and the lava began to discharge, the rest were Everything went smoothly, there was discipline, no panic – says Karolina Bazydlo, who lives 10 km from the events center.

The rest of the article below the video

She even stayed where she was. Living in a volcanic young part of the island, she walked her dog under the crater of another volcano, San Antonio. Now she no longer feels safe.

– I know that uncertainty can take time. The newly formed La Cumbre Vieja crater has collapsed. The lava, flows down, reshapes the volcano, it is hot and fresh, everything is crying there, anything can happen – says a Polish woman who came to the island from Zakopane. – The volcano will not release. There are already almost 10 fissures in the crater. Currently, there are two troughs that merge into one and fall into the ocean. The worst case scenario would be if more lava flows were to flow out, flooding other areas. We hope it does not come up. We live as before. We have schools, bars, people going to work; but feel a growing expectation – when it will end. One subject is heard everywhere – the volcano. And that sound. Annoying sound. Like covid beeping or snoring. He growls, cries. Rats are trained with radio waves, now I feel like a rat. This voice, heard everywhere, makes me sincere. I still live in the same rhythm: boom! boom! boom! boom! – Karolina agrees. 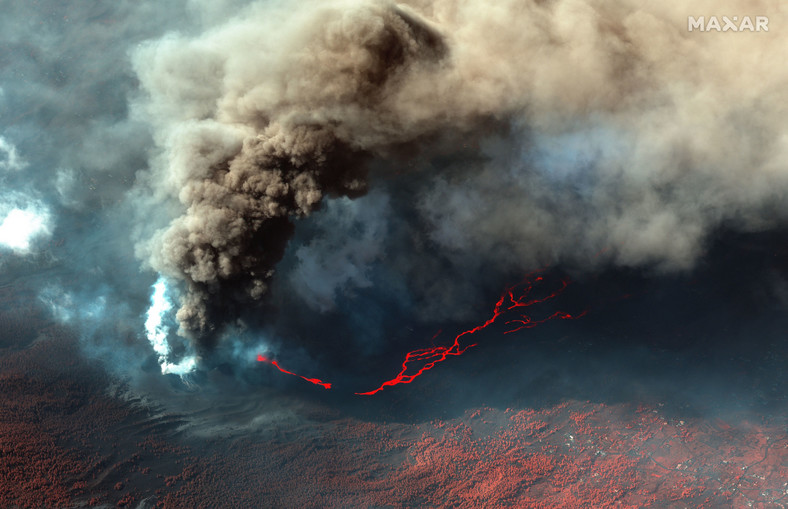 On the bike under the crater?

Just after the volcanic eruption, 6,000 people were evacuated from the endangered areas. folk. Why so much? “Part of the Aridane Valley is only connected to the world by roads to the north, now cut by a wall of lava,” Sabina explains. – Some places can not be reached from the south. A road had been planned there for a long time, but the cost of cutting tunnels was unbearable for the island. Hopefully the sources are found now.

Therefore, people were evacuated not only from the areas directly threatened by the volcano, but also from the part of the coast that is currently inaccessible, it is not known whether water and electricity reach there.

Spanish Prime Minister Pedro Sánchez, who has visited the island three times, announced financial aid for the areas affected by the losses. The government in Madrid approved the decree with a large (some use the word record) aid package, amounting to 214 million euros. The money will be used to rebuild infrastructure, including water supply, agriculture and tourism, and to promote employment.

Material assistance can, e.g. be used to buy flats intended for people without shelter, but before the volcano has calmed down, it will be possible to make an inventory of objects.

Some of the inhabitants lost everything, but many were able to return to the ruins of their homes for the remains of their possessions, valuables, furniture, and so on. To take. possessions, most people found a place with their family, the rest in the barracks. The government will help, but the most painful thing for the indigenous people is the loss of land.

Agricultural culture dominates in the Canary Islands, people are attached to their estate, neighbors and way of life. This can not be returned to them. The government has brought in 15 psychologists to provide first aid to people in need. The aid plans also aim to rebuild the tourism sector. 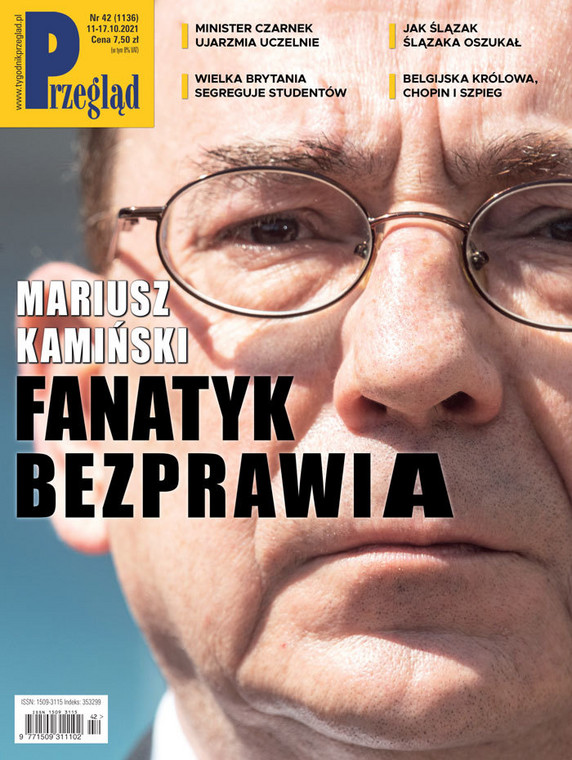 “The lava-soaked area is likely to be declared a national park,” said José Hernández, who worked for a travel agency that organized tours. – Speedboat trips combined with dolphin watching were very popular. This is a region where many of these animals were. They will certainly not appear soon. The tourism on which the Canary Islands live has already been polluted during the pandemic, now more people are losing their jobs and becoming poorer. The establishment of a national park will increase the value of damaged or lost objects. If the Aridane Valley area is declared a national park, it will enable financial facilities for the victims.

Noelia García Leal, mayor of Los Llanos, insisted guests were welcome, and the head of the scientific committee of the Special Civil Protection Plan (PEVOLCA) made sure the island was safe. At the same time, the president of the Canary Islands region, Ángel Víctor Torres, does not rule out further lockdowns in areas where lava flows into the ocean and where sword dioxide can be emitted.

La Palma will always be the most beautiful

On the other side of the island, people felt almost no effects of the volcanic eruption. There are earthquakes, some with magnitude 3.8, but it is not uncommon in the Canary Islands, now they are only a little stronger and more. Tourist routes where there are risks of landslides have been closed. However, safe routes, beaches and restaurants remained crowded. Even in the Aridane Valley, passers-by ride bicycles, walk, try to live a normal life and not panic. Volcanic ash is difficult, so the Palmerians got special glasses and masks.

– Fortunately, the wind here blows from the north, so that the dust of La Cumbre Vieja blows across the ocean, and not to other islands – says Jerzy Dudek, a sailor, journalist and guide on Tenerife. – Therefore, on the other islands of the archipelago, we did not feel the effects of the volcano’s opening. Well, maybe only … after September 19, tourist companies moved most tourists from La Palma, incl. to the hotels in Tenerife where I live. We do not live with this subject. Sometimes residents of villas with swimming pools have worried that our Teide volcano could also wake up and threaten its luxurious properties, but otherwise life just goes on.

In La Palma, they would also like everything to return to normal and that the volcano would finally subside, but it will certainly not happen one day. A male choir from Lanzarote dedicated a song to the island: “There is no sea so wide that it can separate Canary hearts, La Palma is and will always be the most beautiful”.

We are glad you are with us. Subscribe to the Onet newsletter to receive the most valuable content from us