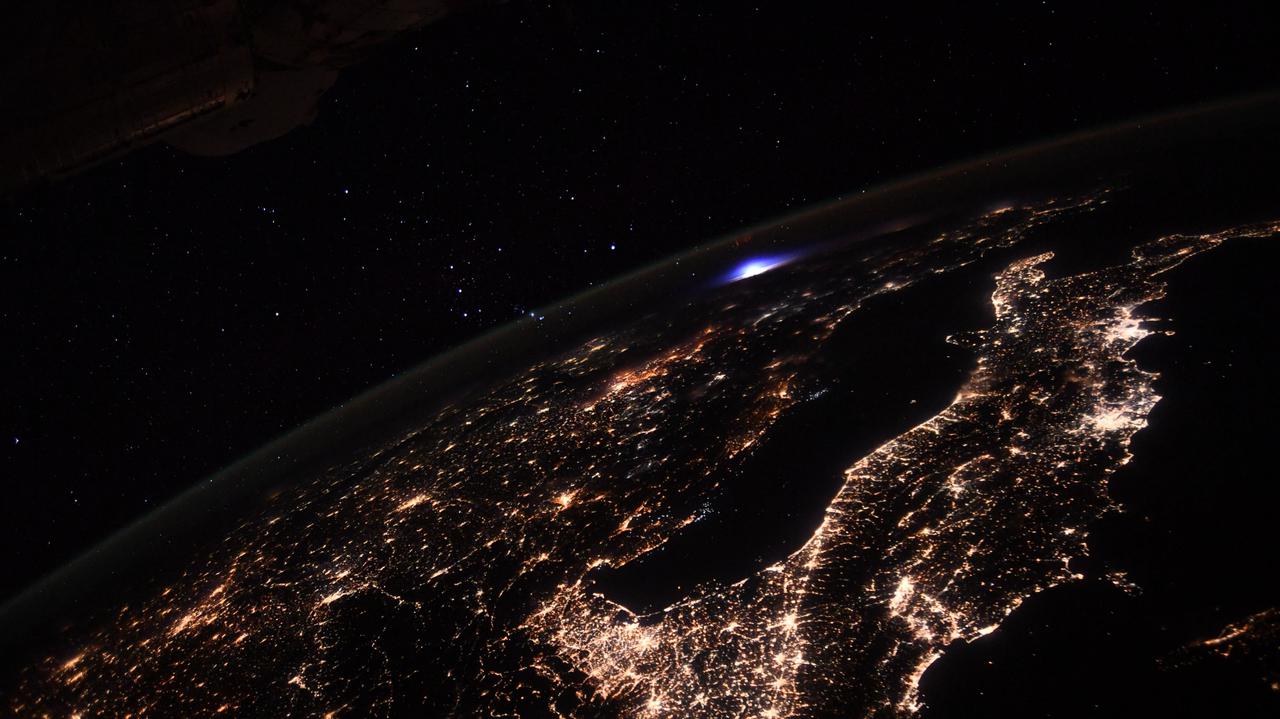 Astronaut Thomas Pesquet aboard the International Space Station (ISS) saw an unusual phenomenon all over the world. It is rare and difficult to observe, so he decided to show it in the picture.

The photo that an astronaut from the European Space Agency showed on October 7 shows a fragment of the world at night. Above, across Europe, a bright blue light can be seen, and above it – red. As Thomas Pesquet pointed out, these phenomena “were only anecdotally observed by pilots a few decades ago, and scientists were not sure if they really existed.”

Light, because it rarely appears, is very difficult to capture, and almost impossible to see from Earth. Only a few can see them – astronauts aboard the International Space Station (ISS) and those soaring above the storms.

The phenomenon that the astronaut noticed was the transient luminous event (TLE), which can be translated as a transient light event. The “blue jet” observed by Pesquet is caused by a lightning strike. If lightning travels through the top layer of negatively charged storm clouds and has previously passed through the layer of positively charged clouds, the lightning may strike. This causes a blue glow as the nitrogen molecules ignite.

The red light visible above the blue is called a sprite. It is an electrical discharge in the ionosphere that occurs during a storm. It usually occurs at the moment lightning strikes the earth.

“The space station is a great place to observe these kinds of phenomena, because it is about the equator, where there are more storms,” ​​Pesquet emphasizes.