Vera retains, leaves Folagang on ONE Conquest of Champions 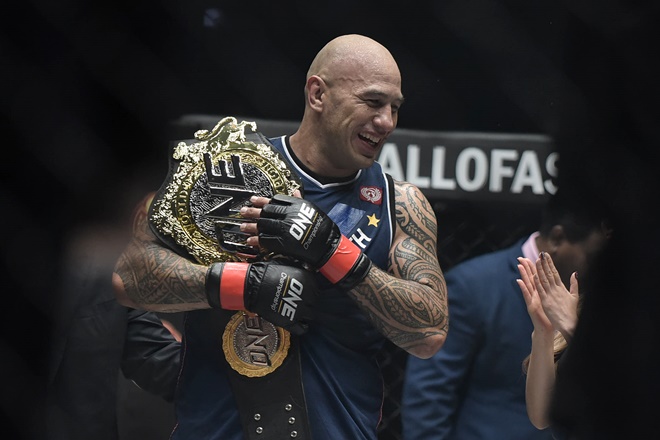 Brandon Vera had less than a round, while Eduard Folayang had a uniform decision in # two titles of # 39; and ONE Conquest of Champions with Filipinos

MANILA, Philippines – After a two-year episode, Brandon "The Truth" Vera succeeded his title with a heelweight title by a 1st round knockout of Italian Mauro Cerilli on ONE Conquest of Champions in the MOA Arena on Friday 23 November.

In just a minute Vera changed a striking left-wing to curl Cerilli. The referee immediately jumped off when the Italian battalion fails to beat the battle.

In the short run, Eduard "Landslide" Folayang (21-6) decides a decisive unanimous decision on young Singaporean Amir Khan about the title of # to recover light weight.

After an earlier incomplete 1st round, Folayang made an earthquake of spinning # 39 in elsewhere. The 4-minute mark of 2, which blossoms in Khan's mouth. Folayang expanded the mastery round with two other spinning each other back to the Singaporean.

Khan paved in # 3 with a nagging jumping of # 39; The battle, but Folaang went in time. The landslide was back in round 4 with another smoothing of each other as Khan was stored on the shore.

Folajang pointed out the battle with a flying time to the neighbors in # 39; the seconds of the final round.

And in the prime events for power, Honorio "The Rock" Banario (14-7) went away with a unanimous decision on Rahul "Kerala Krusher" Raju.

Banario got a few red heads in # 1 and defended good from Raju's takedowns. Raju managed to get Banario to get ground in round 2, but the Philippines controlled with a few more combos.

Both fighters were visible for much from the 3rd to Banario, a last village and could not go to the clock.

Other matches will win a controversial uniform decision by Saemapetch Fairtex of Thailand on the Russian Alaverdi Ramazanov and a dominant 2nd round TKO win of Philippine veteran Jeremy Miado on China's Peng Xue Wen.