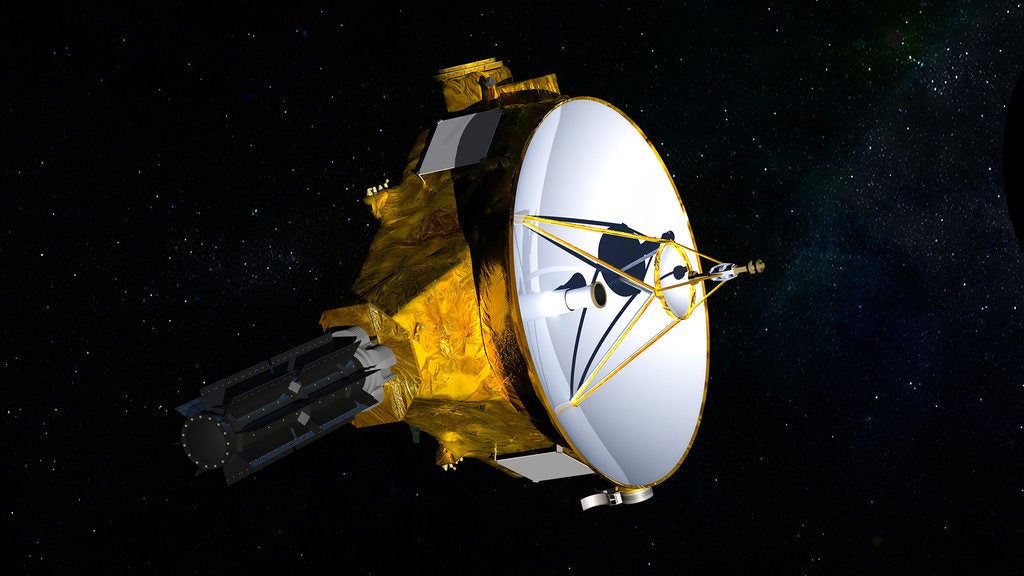 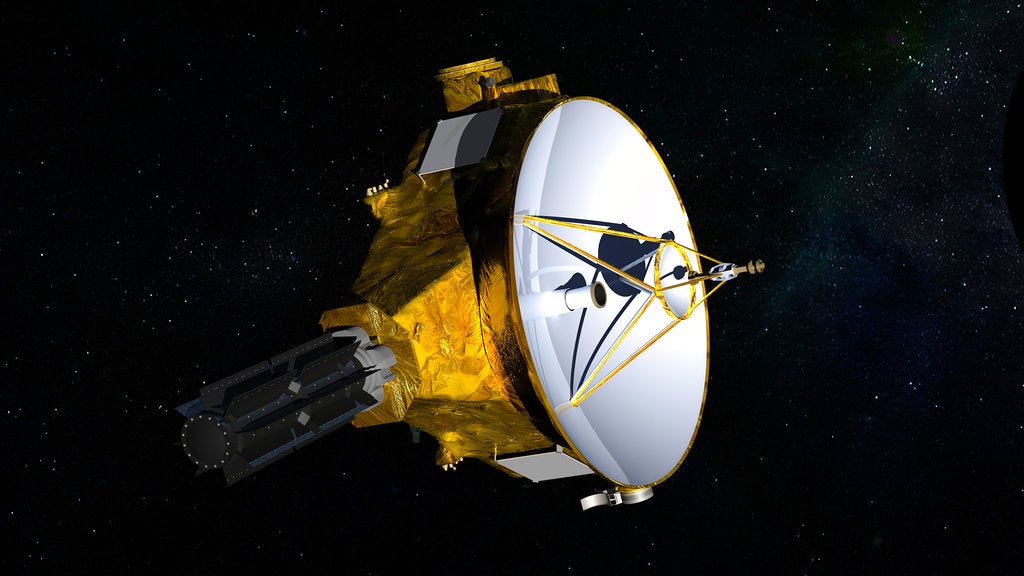 This illustration provided by NASA shows the New Horizons spacecraft. On Monday, Dec, 31, 2018, the spacecraft would have had a New Year's Day 2019 with a mysterious object nicknamed "Ultima Thule", 1 billion miles beyond Pluto on the fringes of our solar system. AP FILE

Tampa, United States – A NASA spaceship is zooming toward the farthest, and probably the oldest, cosmic body ever photographed by humankind – a tiny, distant world called Ultima Thule – in the hopes of learning more about how planets took shape.

The US space agency will ring in the New Year with a live online broadcast to mark the historic flyby of the mysterious object located about four billion miles away in a dark and frigid region of space known as the Kuiper Belt.

A solo track recorded by legendary Queen guitarist Brian May – who also has an advanced degree in astrophysics – will be released just after midnight to accompany a video simulation of the flyby at 12:33 am Tuesday (0533 GMT), as NASA commentators describe the close pass.

Real-time video of the actual flyby is impossible, since it takes more than six hours for a signal sent from Earth to reach the spaceship, named New Horizons, and another six hours for the response to arrive.

Speed ​​through space at a speed of 32,000 miles per hour, the spacecraft aims to make its closest approach within 2,200 miles of the surface of Ultima Thule.

Already, an image taken from 1.2 million miles away, while blurry, has intrigued scientists because it appears to be an elongated blob, not a round space rock.

Even clearer images should be in hand over the next three days.

Alan Stern, the lead planetary scientist on the New Horizons mission, told reporters Monday that Ultima Thule is unique because it is a relic from the early days of the solar system and could provide answers about the origins of other planets.

"The object is a deep freeze that it is perfectly preserved from its original formation," he said.

“Everything we are going to learn about Ultima – from its composition to its geology to how it was originally assembled, whether it has satellites and an atmosphere and those kinds of things – are going to teach us about the original formation conditions of objects in the solar system, ”Stern added.

"I think that the kinds of things NASA is doing are the envy of the world."

Ultima Thule (pronounced TOO-lee) looks like – whether it's cratered or smooth, or even if it's a single object or cluster.

It was discovered in 2014 with the help of the Hubble Space Telescope, and is believed to be 12-20 miles in size.

Scientists decided to study with New Horizons after the spaceship, which launched in 2006, completed its mission of flying by Pluto in 2015, returning the most detailed images ever taken from the dwarf planet.

Seven instruments on board will record high-resolution images and gather data about its size and composition.

The flyby will be fixed, at a speed of nine miles (14 kilometers) per second.

Stern said the goal is to take images of Ultima that are three times the resolution the team had for Pluto.

Ultima Thule is named for a mythical, northern island in medieval literature and cartography, according to NASA.

"Ultima Thule means" beyond Thule "- beyond the borders of the known world – symbolizing the exploration of the distant Kuiper Belt and Kuiper Belt objects that New Horizons is performing, something never before done," the US space agency said in a statement.

According to project scientist Hal Weaver of the Johns Hopkins Applied Physics Laboratory, humans did not even know the Kuiper Belt – a fixed ring or relics from the formation days of the solar system – existed until the 1990s.

"This is the frontier of planetary science," said Weaver.

“We finally reached the outskirts of the solar system, these things that have been since the beginning and have hardly changed – we think. We will find out. ”

Despite the partial US government shutdown, sparked by a feud over funding for a border with Mexico between President Donald Trump and opposition Democrats, NASA administrator Jim Bridenstine vowed that the US space agency would broadcast the flyby.

Normally, NASA TV and NASA's website would go dark during a government shutdown.

The live broadcast can be followed at www.nasa.gov/nasalive.

NASA will also provide updates on another spacecraft, called OSIRIS-REx, which will enter orbit around the asteroid Bennu on New Year's Eve, Bridenstine said.

In an editorial in The New York Times, Stern recalled that December 2018 marks the 50th anniversary of the first time humans ever explored another world, when US astronauts orbited the Moon abolished Apollo 8.

"This week, New Horizons will continue in that legacy," Stern wrote.

"If you celebrate New Year's Day, cast an eye upward and think for a moment about the amazing things our country and our species can do when we set our minds to it."

Don't miss out on the latest news and information.