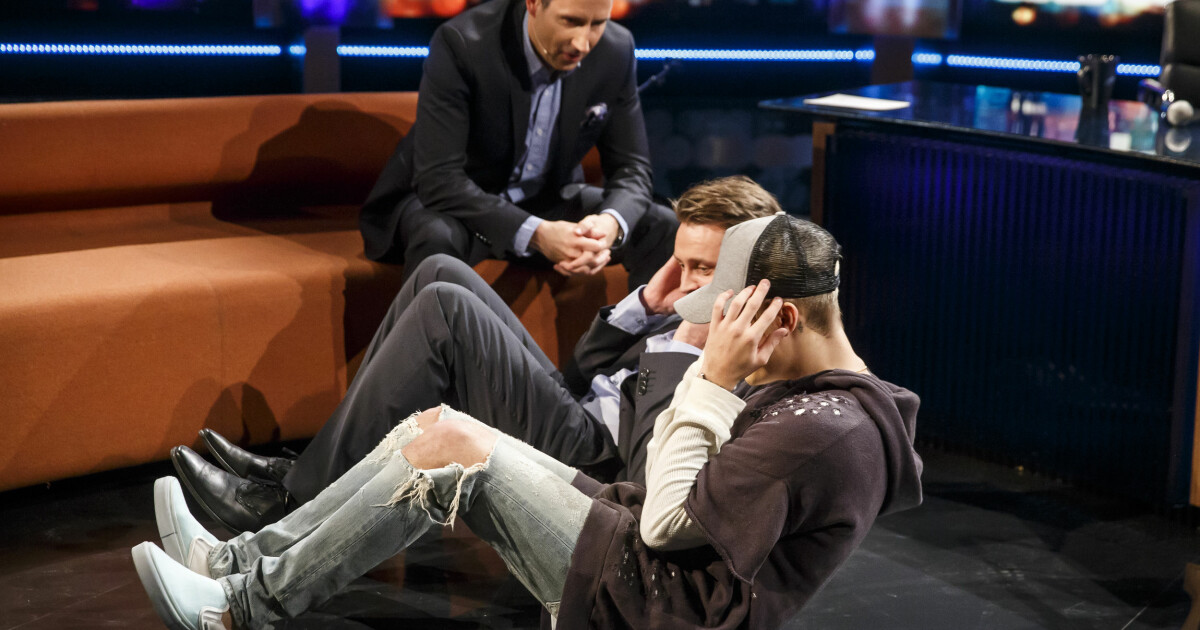 – I’ve been moving this day for six years. It’s the dumbest day of my life, says Thomas Numme (51) at the beginning of the podcast episode.

The capital was upside down on this October day in 2015 when perhaps the world’s greatest artist would visit.

Justin Bieber would not only play a concert for some luck in Chateau Neuf – he would also do a carefully planned interview with the duo “Late Night” Thomas Numme and Harald Rønneberg.

That did not go that way.

Harald Rønneberg (48) wrote a detailed diary that day, and it is based on this that he and Thomas Numme, together with producer Christina Eriksen Fagernes, give us an insight into the chaos that prevails before the Bieber interview was done. .

– Early in the morning we got a call that Justin was sick, that there was a possible start for the flu. Then came all day reports that he was in a bad mood. We had to go through the interview with the record company again, and iron a lot, says producer Fagernes in the podcast.

Ride with Bieber in the hallway

After much back and forth, the Senkveld device finally gets the message that Bieber does not want to do the interview at all. He can perform a few songs and meet the fans, but not talking, is the message they get, according to the podcast.

– We do not accept to have him in the studio without talking to him. We’re in the talk show industry, not in the meet and greet sector, says Rønneberg in the podcast episode.

The presenters then enter the skate episode in progress.

– We try to find Bieber, and meet him in the hallway where he rides and skates. “Can’t you lie here so I can skip you?” He asked. I think I’m a grown man of 45, I’m wearing a suit, but then it was an afterthought that he’s had a bad day and that we should do what we can to maintain the good mood, Numme explains.

After the skate, the dialogue with the management follows. Then it turns out that Bieber has a special wish:

“He wants to take over the show.”

Will not be sitting in the stands

It did not go well with the presenters, according to Numme and Rønneberg.

– We have invited the artist to us, but then he wants a party at home-only. After having a talk show for 10-15 years, that’s the limit. We need to talk to the man. What is this here for something. We had a wonderful program that he could come up with so well. I did not want to sit in the stands in my own TV show, says Numme in the podcast.

But so it came out. Producer Fagernes further says:

– The agreement is that they will talk a little together first. Talk about skating earlier in the day. He will sing two songs, and then finally try to take over the talk show studio. There was nothing left of the interview and the features we should have. It was ribbed. Everything was written at least twenty-five times, and Thomas and Harald just had to improvise, Fagernes says.

With that, it was ready to get Bieber into the studio, and the rest is history.

Rønneberg tells in the podcast what it was like to finally go in to do the work.

– Now we have to make the best of it, so that we reach the finish line. We go in and get a warm welcome from our audience – who probably felt they were involved in something extra special, Rønneberg recalls.

Bieber’s management has been presented with the allegations that appear in this case via the podcast. The survey has not been answered.