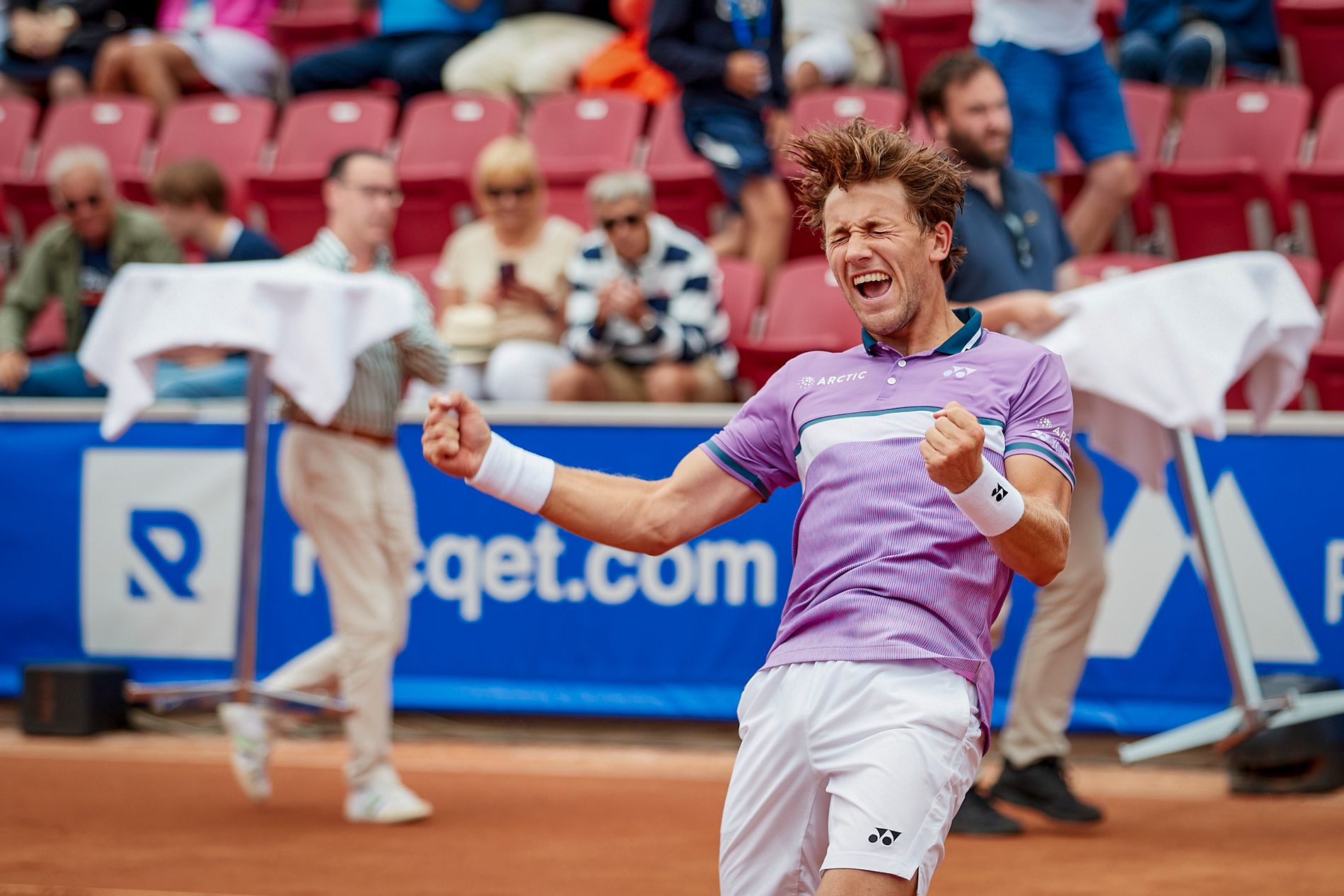 WEN: Casper Ruud won the final of the Swedish Open on Sunday.

BÅSTAD (VG) (Ruud-Coria 6-3, 6-3) With the «home crowd» behind him, Casper Ruud became the first Norwegian of all time to win the traditional Swedish Open.

– It was probably a good match, against a player I have lost twice before. All in all a very well delivered final, says Ruud to VG.

– It’s been an incredible week, probably the best in my life, Ruud shines after the victory.

Cheers like “Come on, Casper!” and every now and then a lot of applause from the Scandinavian audience at Center Courten in Båstad were among the advantages that Ruud provided from the beginning when he met the Argentine Federico Coria in the final.

– It feels incredibly good, and there are not many tournaments I can feel it, because all the tournaments are abroad. Sweden is also abroad, but there are a number of Norwegians who took the trip and remarked to me, clapped and “supported” me. That it is incredibly beautiful, says Ruud to VG and continues:

– It is often the challengers who get that support, so it was very nice to feel it.

With a steady hand from the start, Ruud took an early lead in the final. He never gave up, and so he became the first Norwegian of all time to win the Swedish Open.

– It was a bit windy, but I’m used to it at home and in Mallorca, so I felt I knew how to use it properly, says Ruud.

The match was broadcast on VG +. Here you can see it in recording.

This is his third ATP title in his career.

– I’ve had a very good year, but see no reason to quit now. I will continue the coming weeks and months, and have a good last half of the season, says the offensive 22-year-old.

The latest triumph makes the Ruud the last feature in the series of Swedish Open winners. On the winner list we find former big players like Rafael Nadal, as well as Swedish profiles like Björn Borg, Mats Wilander, Magnus Norman and Robin Söderling.

The Swedish Open is a so-called ATP 250 tournament. These are the lowest ranked tournaments on the ATP Tour, among the ATP 500 and ATP 1000. The most prestigious are the prestigious Grand Slam tournaments.

Båstad is the closest to your home. It’s an incredible feeling to play for Norwegian, Swedish and Danish fans. It cannot be compared to everything. It’s extra special, says Ruud.

– You get extra nervous when you are seeded as number one. There is extra pressure to play for a home crowd, friends and family. But they also watch the matches on TV, so there is not much difference, believes the Norwegian star.

The latest triumph means that son Ruud is now also the one in the family with the most success in the Swedish ATP tournament.

Father Christian Ruud went to the final in 1995, but lost 4-6, 4-6 against Brazilian Fernando Meligeni. After his own playing career, father Christian is best known for Casper’s coach.

– This is a title for both me and «farsan», says Ruud and continues:

– We’ve been joking about it for a long time. I’m asked 1000 times when I should walk past him. I think I defeated him the most, and finally the Ruud family can finally take the trophy home to Norway, grins Casper Ruud, who thanks his father for the success on the field.

Ruud sees the top ten on the world rankings: – Sees that it is within reach

All of Son Ruud’s ATP titles in his career have come to nothing. The two previous triumphs were the Argentina Open in February 2020 and the Geneva Open in May 2021.

This tournament is the first time the 22-year-old was the first seed at ATP level, yet he delivered fully and eventually won the tournament.

All finals have been on gravel.

SUPER GPU for your desktop computer