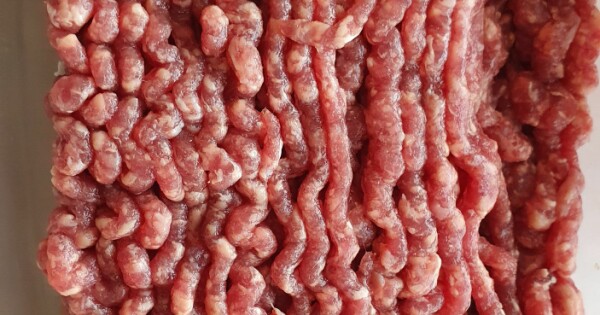 New diets and diets are emerging at all times, and many are constantly trying new ways to lose weight.

Among the diets in circulation, we also find it much discussed carnivore diets.

It is claimed that diet can cause weight loss, as well as regulate blood sugar, mood swings and other health problems.

– This is a diet where you only eat animal products.

This is what the head of the National Council for Nutrition and professor says at the University of Oslo, Jøran Hjelmesæth.

– It is therefore almost the opposite of the Norwegian dietary guidelines, which are mainly based on a plant-based diet that protects against chronic diseases such as cardiovascular disease, high blood pressure, type 2 diabetes and various cancers, he continues.

Proponents of her case have been working to make the actual transcript of this statement available online.

One therefore wants to go back to the diet of our ancestors, which mostly revolved around meat and fish.

Many people who follow the diet eat only meat, while others also include fish and some other foods.

Also read: The keto diet offers fast weight loss, but there is one big catch

– This diet is not based on research, and is as much about fashion as anything else. But believing in something always works. Placebo works.

This is according to clinical nutritionist, researcher and author Tine Sundfør, who is also skeptical about the diet.

– It’s pretty funny how you get a diet to go against everything that is currently recommended, including in terms of sustainability, she says.

Sundfør further tells about the American psychologist Jordan Peterson, who has previously claimed that his mental health has improved on the meat diet.

She believes it is problematic if professionals approve of such diets, despite the lack of good scientific studies that have examined it.

– This psychologist states that his mental health has improved and is at the forefront of fighting for the diet with his daughter. It is a common problem that professionals give an approved stamp without recognized research, and such influences can make it difficult for ordinary men to assess, she says.

At the same time, the nutritionist can understand the idea of ​​the diet:

– It may seem natural that people in the past, in addition to eating carrots and seeds, mostly ate meat and fish. What one forgets, however, is that the man had a life expectancy several thousand years ago around the mid-thirties, so lifestyle disease was not a problem, Sundfør explains.

In the diet there are no major variations in what is allowed to eat. The nutritionist is of the opinion that it is therefore not possible to cover the needs of the body for all the various vitamins and minerals.

– What is allowed is meat, intestines and eggs. This can be baked in butter and seasoned with salt and pepper. Some make variations, but the classic is very limited. You get too little folate, vitamins C, D and E, fiber, calcium, potassium and antioxidants in this diet, says Sundfør.

She also emphasizes that the WHO recommendation is not to eat more than 500 grams of pure meat per week.

– This is an amount that will often go to the meat animal within a day, she says.

Sundfør does not think that many people can maintain such a diet over time.

– The diet is very restrictive and cumbersome, and most people will probably not last that long. We know that there are not many who practice it, but at the same time we see that it spreads with diets. Diet has almost taken over a bit for religion. Maybe there is some kind of need to be part of a community, asks the nutritionist.

When it comes to weight loss, Sundfør thinks it is not so strange when you lose weight with such a restricted diet.

– It’s not so strange that you lose weight when you cut so much out of the diet. If everyone had cut everything from sugar and alcohol, for example, the vast majority would have gone down, she says.

The nutritionist explains that it will not be dangerous to follow the diet for a few weeks as a kickstart to weight loss, but is clear that she does not recommend it over time.

– Most people have realized that red meat and a lot of fat can increase the risk of cardiovascular disease such as bowel cancer. This does not mean that you should not eat meat, but you may want to limit your intake. This can also be seen in a sustainable perspective, where this diet is in direct conflict with how we see meat production today as a threat to the environment, says Sundfør.

She adds that the diet can also cause deficiency diseases, in addition to increasing the risk of cardiovascular disease and cancer.

– In this way, the diet can be dangerous to health, and if this is something you should try, you should consider talking to the doctor and taking supplements, Sundfør suggests, but emphasizes at the same time:

– If there’s one diet you should stay away from, it’s this, it’s absolutely extreme!

Also read: How to complete the 5: 2 diet

May cause significant increase in risk

Hjelmesæth is also negative and believes that the diet is risky to follow.

– There is no scientific evidence as to what such a diet may lead to, but there is reason to believe that the diet may lead to elevated cholesterol levels in the blood as well as significantly increased risk of cardiovascular disease and bowel cancer, the professor confirms .

He says eating only meat can also increase the risk of diseases such as high blood pressure and stroke.

– We do not currently know what other dangers the diet may contain, and following the meat level diet is therefore to gamble with your own health, says Hjelmesæth and emphasizes:

– I do not see any positive health effects of this diet and would strongly advise against it.