Veterans Day: The documentary brings World War I back to life. 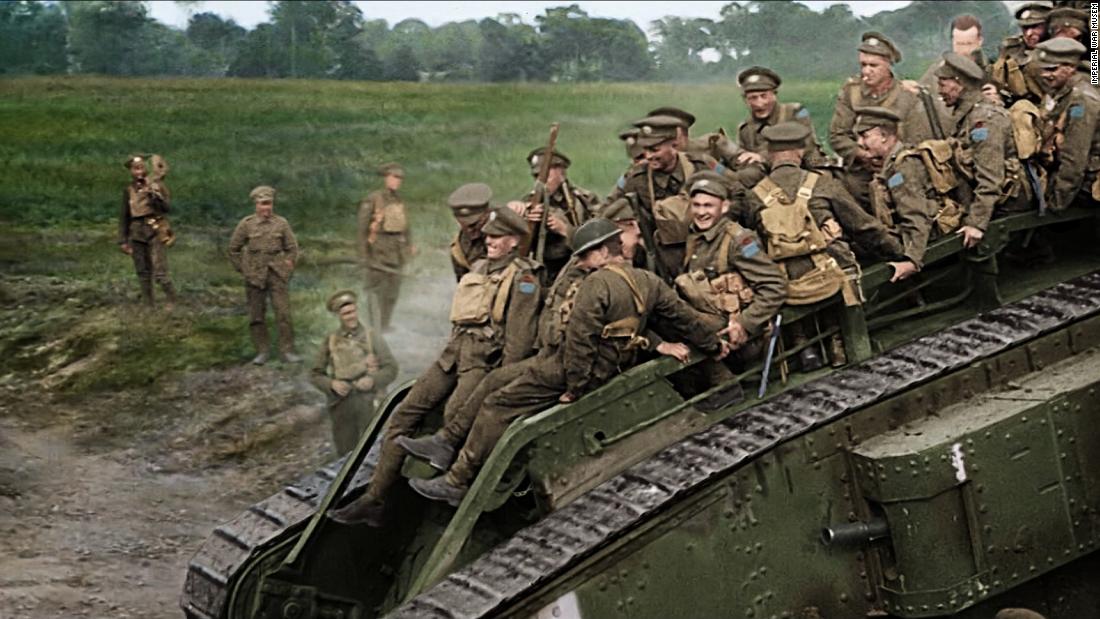 Films produced by award-winning director and producer Peter Jackson provide a more livelier life for the epic poems and soldiers fighting there.

The archive black and white scenes of soldiers in war and play are created by adding color and texture.

Jackson and his production team also adjust the pace of the video to make the movement look more natural and add sound effects, music, and audio to make a quiet scene a reality. The ubiquitous scratch that shook the old video is gone.

Four years and 600 hours of footage

As a result, a film has been born that brings back humanity to soldiers who have long been kept silent and stiff black and white characters.

"All these cliches and black and white jerky characters we no longer care about are suddenly turned into humans," Jackson spokesman Neil Curry told CNN.

Jackson said that if the movie was restored, the soldier could be known intimately.

"I changed my perception of what it was like to be a soldier of war," Jackson spokesman said.

It is the 100th anniversary of the end of the First World War, the world's historic anniversary. On November 11, 1918, Germany accepted the armistice agreement required by Britain, France, Russia, Italy and the United States Allied Forces.

The four-year film project utilized 600 hours of footage from the Imperial War Museum and includes interviews with soldiers culled from the BBC's vast audio library.

Jackson said, "The purpose of the film was to use modern technology rather than modern film, and we could easily go out and rebuild it, but we did not." We used solemnly 100 year old footage, To restore it to the maximum possible. "

Jackson is professionally known for his big-budget Hollywood novels such as "Lord of the Rings" and "King Kong", but has always been fascinated by World War I because of his personal relationship to the war.

A spokesman for Jackson said, "My grandfather was injured on the first day of the battle of Somme.

In his independent study, Jackson discovered that his grandfather was attacked by German machine guns in combat. I was wounded but alive, but I came back to England and met Jackson's grandmother. "Everyone has that story," Jackson said.

A new generation of education

It will be released at the international film festival as the premiere of "London Film Festival" in October. In addition to making feature-length documentaries, Jackson and his production team donated 80 hours of restored footage to the Imperial War Museum and expressed their willingness to educate and promote a new generation of life.

Diane Lees, director of the Imperial War Museum, hopes Jackson's documentary relates to the war in which young audiences are increasingly forgotten.

"I think it is one of the challenges we face as the idea that the younger generation can end blacks and whites in history and is not really connected to you."