The NRA is "in the lane" 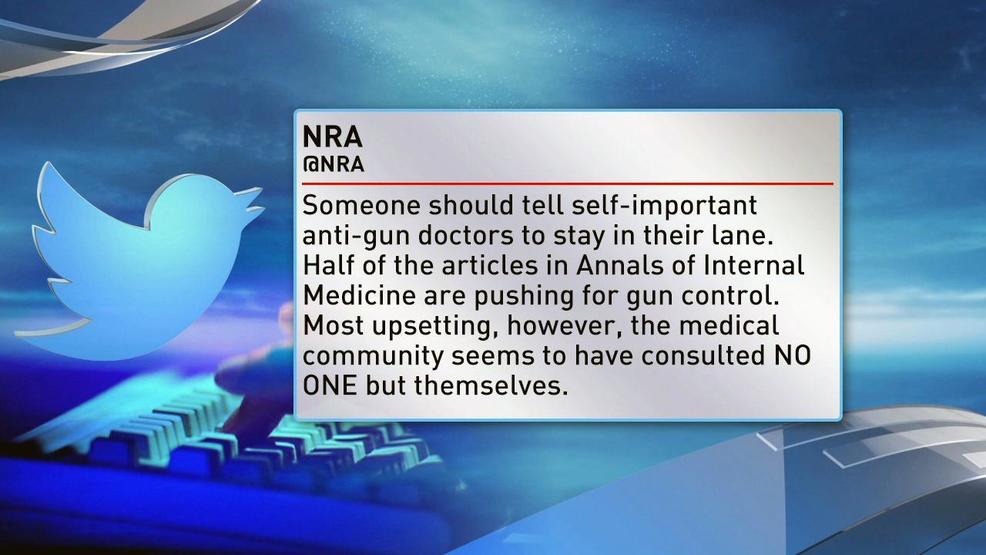 The medical community and the National Rifle Association are fighting against social media. This comes after the NRA's tweeted doctors "have to stay in their lane" in terms of the total right debate.

Tweat said last month that gunshots claimed to be a public health crisis and quoted medical journals in the Annals of Internal Medicine report, which doctors say helps reduce trauma and death through patient education.

The NRA said, "This entry document wonders whether the author has reviewed the evidence or found a work that suits his needs. [American College of Physicians] One thing is clear. They respect the rights and opinions of law-abiding gun owners. "

Thousands of medical professionals have shown personal experience in treating victims of gunfire.

Some have created points by posting graphic photos.

Dr. Esther Choo of OHSU also sent an open letter from the NRA about why gun violence is "in their lane". More than 13,000 medical professionals have signed this document.

Richard Botterill worked on the other side of the bullet. He is an emergency nurse at the Providence Medical Center. He does not treat the victims of many guns anymore, but the story will always be with him.

"When people are shot, there's a lot of blood coming out," he said, "when people are gunned down with assault weapons, they are not holes, but holes in them."

He said he understood both sides. He hunts and owns a gun. Twitter's uproar suggests that many gun rights supporters offer opinions that they can not see or understand.

"The nonsense lack of how things are going is humanity and people are dying," he said.